Difference Between Hollywood And Nollywood 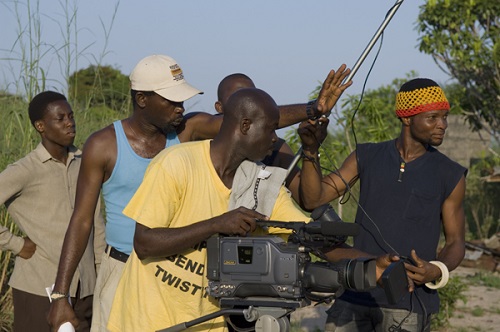 Hollywood and Nollywood are film industries recognized internationally. The United States film industry has largely been based in Hollywood, Los Angeles District in California, hence was given the name Hollywood.

Nollywood is derived from “Nigeria” and “Hollywood”. It is the name given to the Nigerian film industry.

Hollywood is older than Nollywood and therefore is more established technology wise and financially.

Aside from financial comparison, these two are very different. Following are more comparisons between them.

Production Time and Cost– Hollywood produces spectacular, larger than life films with soaring high production costs. An average film will use a budget of between $6M- $7M(six to seven million dollars) and a production time of around one year.

An average Nollywood movie will cost anywhere between $7,500- $13,000 (seven thousand five hundred dollars to thirteen thousand dollars) and a production period of seven to ten days.

Theme- Hollywood movies are themed around any topic really, in and out of this world. They can be based on a true story or fiction. They tackle local and international issues, social and political issues, violence, controversy, sex, animation, etc.

Nollywood movies are mostly about drama, social and political issues. That is family, relationships, love and history. Nothing fictional or controversial like sex and such. Theirs is a predictable and consistent plot that lacks creativity and mostly appeals to human sensitivity.

Quality– Hollywood produces several hundred movies every year, but these films take a long time to be produced. Some use special effects and other advanced technology. They often last two hours in length. The sets are well planned, the studios are known wide world, the producers hire professionals for each and every aspect of the film’s production. Casting takes time and intensity to get the perfect character for each role.

Nollywood produces over 1000(one thousand) movies a year, but it’s not really concerned with quality, the studios where their movies are made are unknown, these movies have no lots, no sound stages and no trailers for the stars. If this movie is broken down into the various aspects for example sound, lighting, cinematography, writing, background music and such, you will find mistakes in majority of them. That leaves a lot of room for improvement.

Sales– Hollywood movies are viewed in theatres after they are released and hence the people behind the production make a lot of money from ticketing. They actually get more money from franchising, that is exclusivity to TV networks, home videos and magazines than from the revenue from the movie itself. Nollywood movies once released are put on DVDs and sold in stores, because the theatres are few and the average citizen cannot afford or refuses to spend a lot of money on tickets.

Actors- Hollywood stars are professional and are recognized around the world. They are from different nationalities.

The actors in Nollywood movies are mainly Nigerian. They are quite slow as compared to those cast in Hollywood movies. The lead men and women are diverse meaning, unlike in Hollywood where a pretty woman has to have perfect hair and features, a pretty woman in Nollywood can be fat with short hair and warts. They are also not keen on pronunciation of English words and most are amateurs. However with a little patience and an open mind one finds traces of brilliance in them and in the story that the writer is trying to tell. It’s a lot like finding diamonds in the rough. Nonetheless this diversity gives Nollywood an edge over Hollywood especially in Africa where they have little or no competition.