Difference Between Amygdala and Hypothalamus 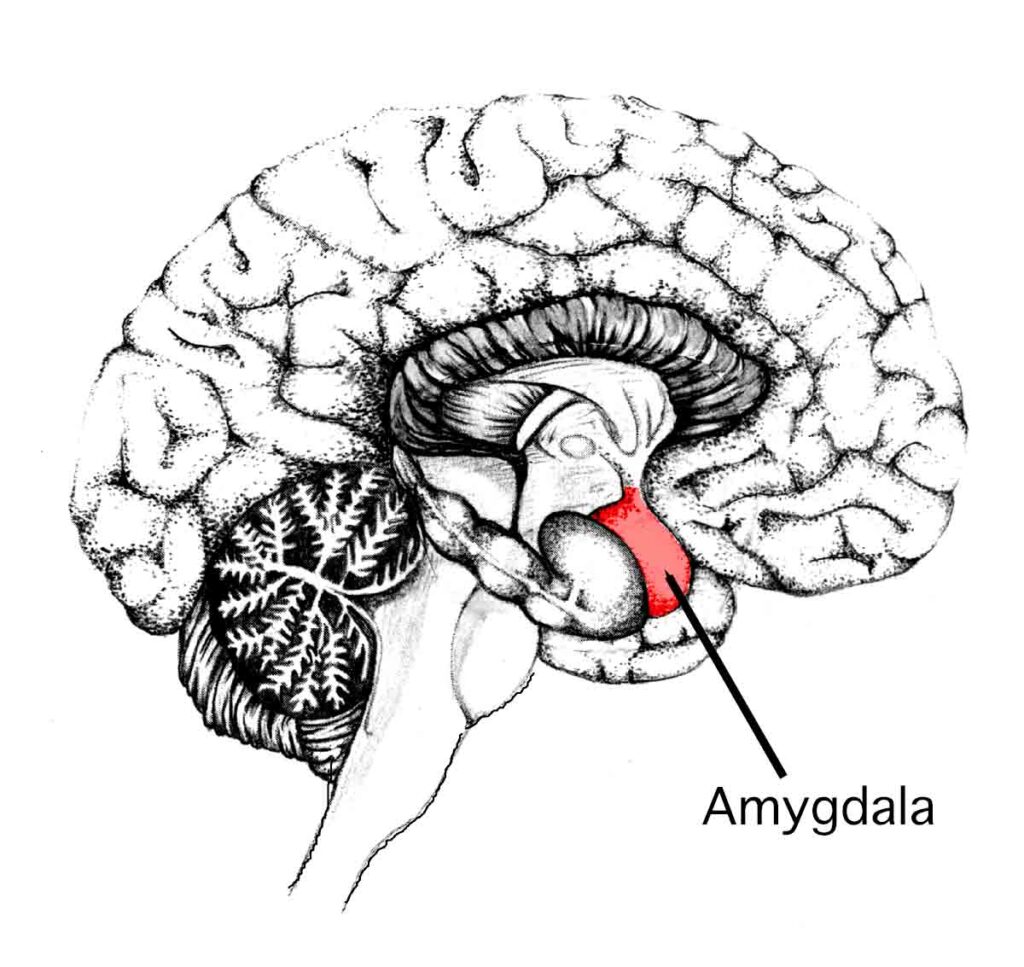 What is Amygdala and Hypothalamus?

Both are structures located within our brain and both are involved in the neural network of aggressive behaviors. The entire system is called the limbic system and is involved in our emotions. However, there are differences as well. The amygdala structure is the emotion center of the brain while hypothalamus is linked with changes in emotional reactivity.

Amygdala is that part of brain which is an almond-shaped mass of nuclei. It is responsible for various hormonal secretions, emotional responses, and memory function. It is involved in fear conditioning (a behavioral paradigm in which organisms learn to predict aversive events) or the associative learning process by which we learn to fear something.

Hypothalamus is of the size of a pearl. It performs several important functions. It sends signals to the brain which activates adrenaline flowing that wakes you up in the morning. The hypothalamus is also an important emotional center, controlling the molecules that make you feel sad, exhilarated, or furious.

Difference between Amygdala and Hypothalamus

The amygdala is an important structure located in the anterior temporal lobe within the uncus (an anterior extremity of the parahippocampal gyrus). The amygdala makes reciprocal associations with the central nervous system with regions including the thalamus (in the dorsal part of the diencephalon), hypothalamus (in the dorsal part of the diencephalon), septal nuclei (medium-size neurons), orbital frontal cortex (the area of the prefrontal cortex that sits just above the orbits), cingulate gyrus (he curved fold covering the corpus callosum) hippocampus, parahippocampal gyrus (grey matter cortical region of the brain that surrounds the hippocampus and is part of the limbic system), and brain stem.

The hypothalamus is a small structure located between the pituitary gland and thalamus. It is a vital region of the central nervous system. It is responsible for hormone production and in stimulating several biological processes in the body.

The amygdala comprises of 2 major regions:

The hypothalamus has three main regions:

This region of the hypothalamus is also termed as the supraoptic region. Supraoptic and paraventricular nuclei are the major nuclei. These are responsible for secretion of various important hormones like;

This region of hypothalamus is also termed as the tuberal region. Arcuate nuclei (releases growth releasing hormone – GHRH which stimulates the pituitary gland to release growth hormone) and the ventromedial nucleus (aids in controlling appetite) are the key nuclei. This tuberal region plays a major role in the growth and development of the body.

This region of hypothalamus is also termed as the mammillary region. And is believed to be involved in memory function. The posterior hypothalamic nucleus is responsible for regulation of body temperature by causing shivers in the body and preventing sweat release.

Amygdala plays an important role in;

Hypothalamus plays an important role in;

It is located close to the hippocampus deep within temporal lobes

Undersurface of the brain.

The points of difference between Amygdala and Hypothalamus have been summarized as below: