Difference Between Meningococcal and Meningitis 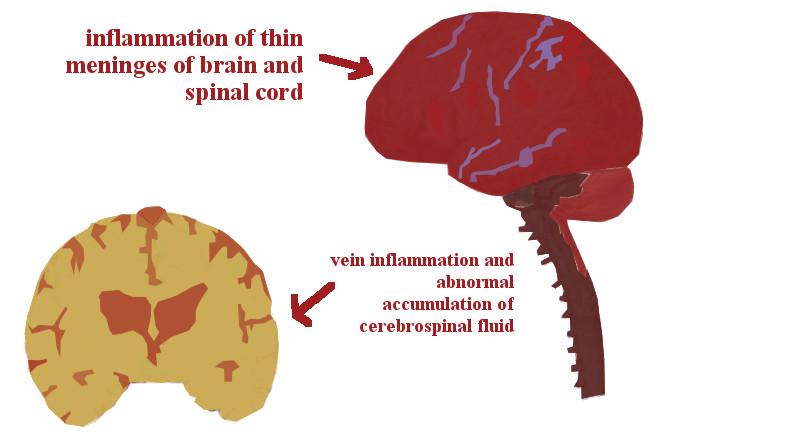 Meningococcal illness is caused by specific bacteria named Neisseria meningitidis. Meningococci cause a form of meningitis along with other problems including septicemia (bacteria in the bloodstream). 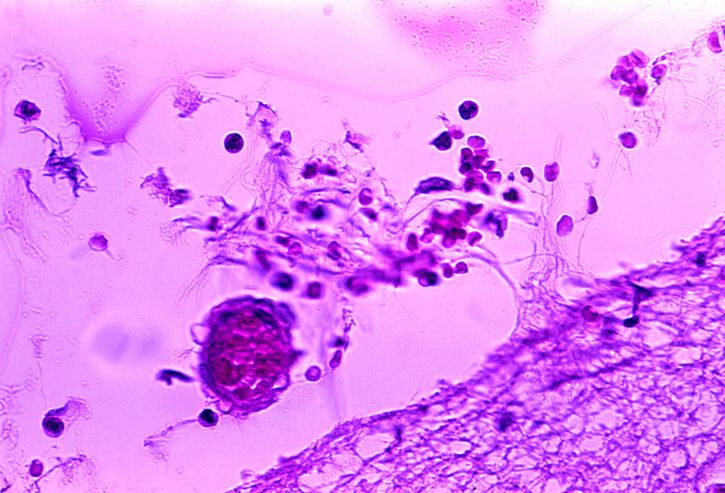 Symptoms are severe and include headache, stiff neck, vomiting, nausea, rash, disseminated intravascular coagulation (DIC), and multiple organ problems including organ failure and shock. DIC is when abnormal blood clots form. There is also sensitivity to light (photophobia).  In fact, there is a 10% to 15% risk of death and an 11% to 19% risk of permanent disability including amputation, deafness and brain damage.

Meningococcal illness is diagnosed based on blood and cerebrospinal fluid (CSF) tests. Blood and fluid is collected and bacteria grown to confirm diagnosis. CSF is obtained by a lumbar puncture. Diagnosis is also confirmed by molecular tests such as PCR that can also identify bacteria.

Meningococcal illness is caused by the bacterium Neisseria meningitidis. There are different strains or serotypes of the bacteria that cause illness. People catch the illness by close contact with somebody who is ill, particularly if they have contact with oral secretions from an ill person.

The group that is most at risk is children who are 6 months to 3 years of age. Others at high risk include teenagers, young adults living in dormitories, and military recruits. People who have problems with the immune system known as complement deficiency are also at high risk of contracting the illness.

Treatment includes antibiotics such as penicillin. Corticosteroids can sometimes help, but high doses of corticosteroids are not recommended as they can sometimes make the condition worse. The best option is to prevent catching the disease in the first place. The way to do this is to get vaccinated. There are several meningococcal vaccines available that are recommended for children and college-age students.

Meningitis is an infection and inflammation of the membranes of the brain, the meninges. It can be caused by bacteria, viruses, and very rarely even caused by fungi or parasites. There are many different types of meningitis including chronic and acute forms.

Meningitis is usually diagnosed by analysis of cerebrospinal fluid (CSF). Fluid is removed during a lumbar puncture, and then tested using PCR and by seeing if bacterial cultures grow. PCR and other molecular tests can show the presence of viruses and bacteria.

A risk factor for meningitis is having a compromised immune system, such as having AIDS, or lupus or having cancer. Risk factors for bacterial meningitis include being younger than 5 years, or older than 60. Young adults living in dormitories or other crowded situations are also at high risk.

In the case of viral infections, antivirals can be tried, although they may not be effective. Antibiotics can be given for bacterial infections. Treatment may be more supportive in nature, and is often aimed at the agent causing the meningitis. Prevention by vaccination is strongly recommended. People should get the Haemophilus influenza type b (Hib) vaccine, and the meningococcal and pneumococcal vaccines.

Difference between Meningococcal and Meningitis?

Meningococcal illnesses are illnesses caused by Neisseria meningitidis bacteria. Meningitis is a disease in which the membranes of the brain become infected and inflamed.

Meningococcal is only caused by Neisseria meningitidis bacteria while meningitis can be caused by different bacteria, viruses, parasites, fungi, and even cancer and lupus.

Risk factors for meningococcal illness include being between 6 months and 3 years, living in a college dormitory or being a military recruit. Having an immune system deficiency such as complement deficiency is also a risk factor for meningococcal illness. Risk factors for meningitis include being younger than 6 years, older than 60 years, living in a college dormitory, having AIDS, lupus, or cancer.

Summary of  Meningococcal Vs. Meningitis