Difference Between Were and Was 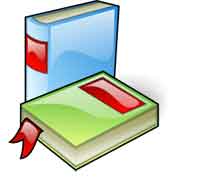 There is a difference between were and was, and when you’re writing, or trying to master the English language, it is imperative that you understand how to correctly use each word.

The basic difference is rather obvious when used in context. We use the word ‘were’ when we are referring to numerous parties or entities. “They were late for the party because the car had a flat tire.”

Alternatively, we use the word ‘was’ when we are referring to a single party or entity. “I was not able to complete the assignment because I couldn’t understand it.”

Every now and then you will run into a sentence that seems to have mixed up the terms. This will have everything to do with the passive singular and the passive plural use of the words. For instance, the passive form in context with the subject in the following sentence: “The driving test was failed by at least 15 of the 20 students this week,” refers to the subject, not the verb. Alternatively, you can use the passive sentence form in the sentence as follows: “The players were slammed against the boards during the hockey game.”

In such cases, the terms are used correctly by describing the state and tense of the subject in the passive form. Many of us, in everyday speech, tend to mix up these words in the passive tense, only because we have turned toward listening for English correction versus looking for grammatical correction via actual English rules.

We can also use the word ‘were’ as the past subjunctive for the present ‘to be’. We say things like: “If I were the Olympic champion, I would give my endorsement money to charity.” You can also apply this rule to a third person subject: “If she were ever on time, we would all have to check our watches for accuracy.”

1. Was and were are both past tense.

2. Were is past tense referring to multiple parties or entities.

3. Was is singular past tense.

6. Were can be used as the past subjunctive for the present tense equivalent of ‘to be’.