Difference Between Graffiti and Street Art 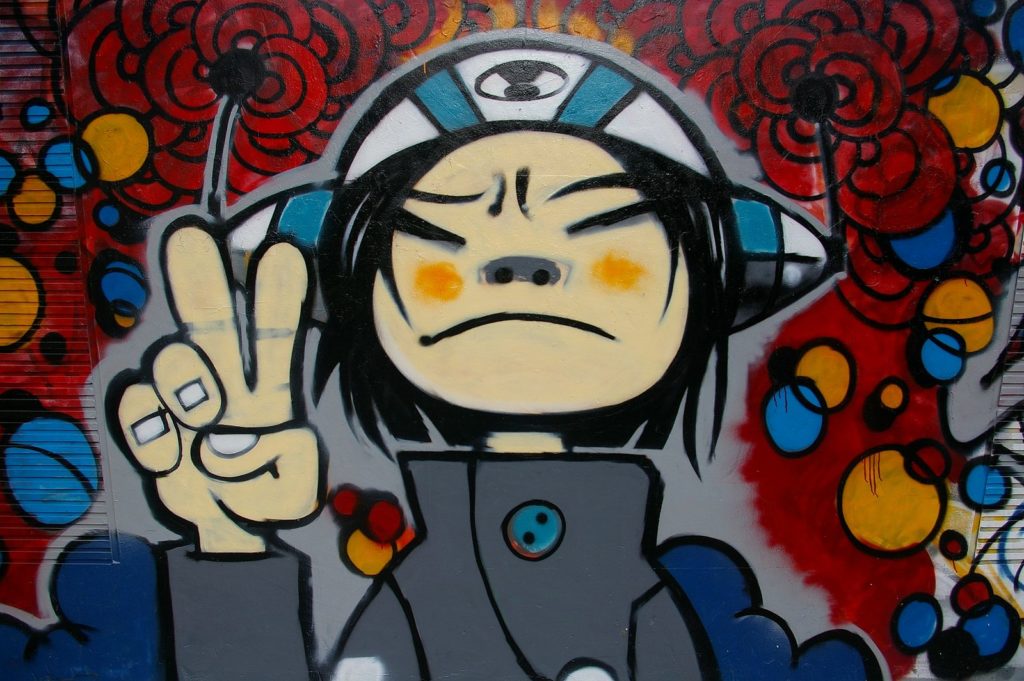 Most people may consider graffiti and street art as two similar art forms.  They are found decorating the buildings and walls of the city streets.  There is an element of truth in making this assumption.  They are both forms of creative expression found on walls and other parts of the city.  However, there are some noteworthy differences between the two.  The most well known difference is that graffiti is illegal.  Graffiti artists usually create at night to hide their illegal activity.  Street art, in contrast to graffiti, is sanctioned by the authorities.  Street art has a history of approval for improving and uplifting areas of the town or city.  Recognized artists are often called upon to put together these artworks.  Street artists willingly sign their work with their own names.  Graffiti artists remain anonymous and hide behind tags or work in groups to perform their illegal art expressions.  Graffiti and street art have their place among the contemporary art forms and can be seen side by side in the same vicinity. 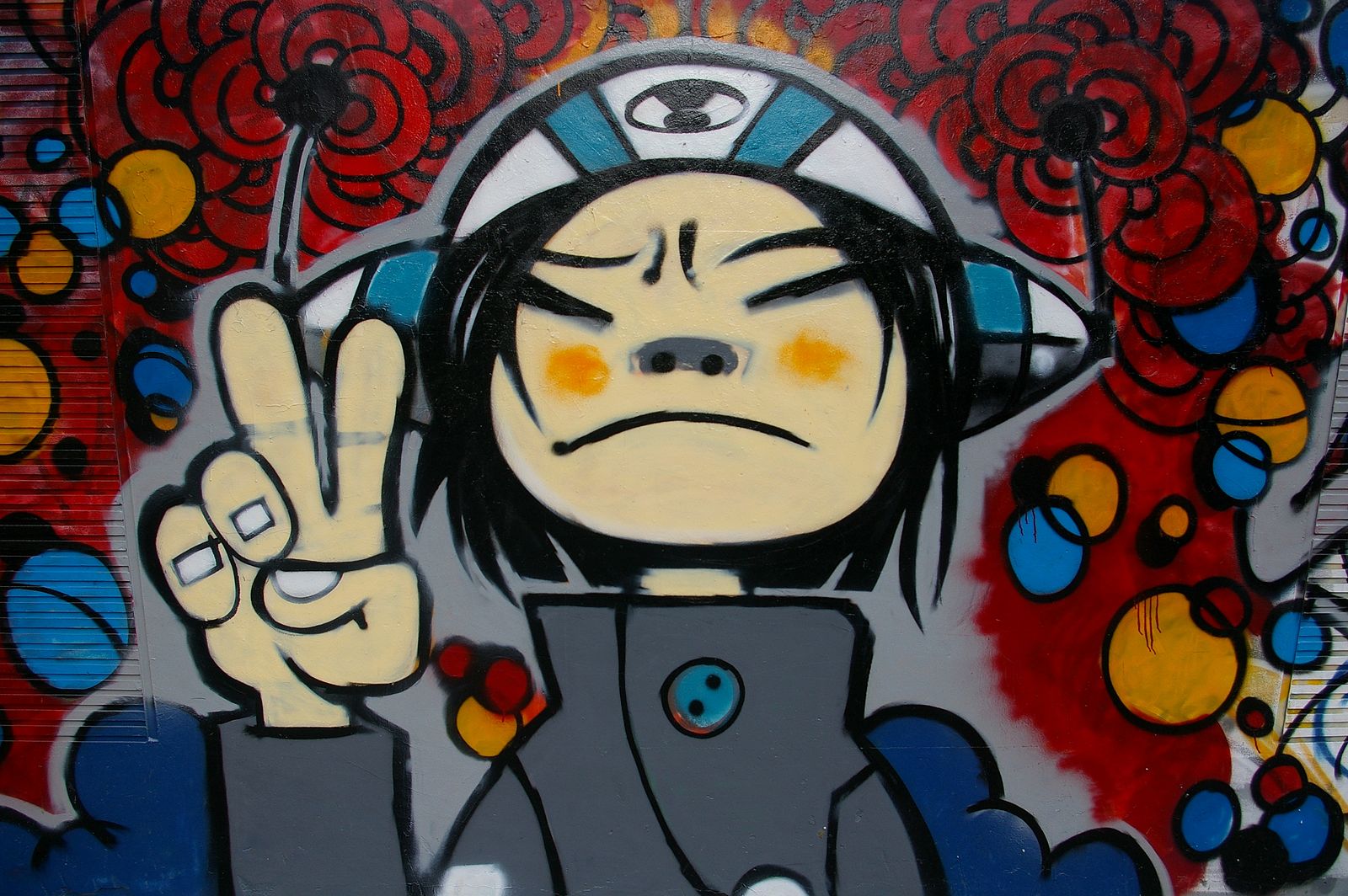 Graffiti, based on words and letters, originates from the  Greek word graphein, meaning to write.  Graffiti is also linked to the Italian word ‘graffiato’ meaning scratched.  The words and letters from the graffiti artist, have a scratched appearance.  The writer has to spray on the paint free hand so the work is not really painted in the true sense of the word.  Graffiti predates street art and most people associate this form of expression with vandalism. Graffiti artists often work in groups known as crews.  The artist is called a writer and each graffiti item has tags to share as a form of identification.  Pseudonyms and acronyms are often used to express who the artists are.  Real names and signatures do not get shared due to the illegal aspect of the work.  Graffiti started out as a form of expression for urban youth.  The ‘tags’ are forms of personal branding by the writers.  There is a whole graphic culture attached to graffiti.    The followers of this style of artistic expression enjoy the danger element of writing in secret when no one can watch them.  They like to write in places that are difficult to access.  The outsider to this culture would see a messy mixture of words and letters, while a graffiti artist sees a deeper meaning of the flow of lines with colors and unique tags.

What are the main features of graffiti? 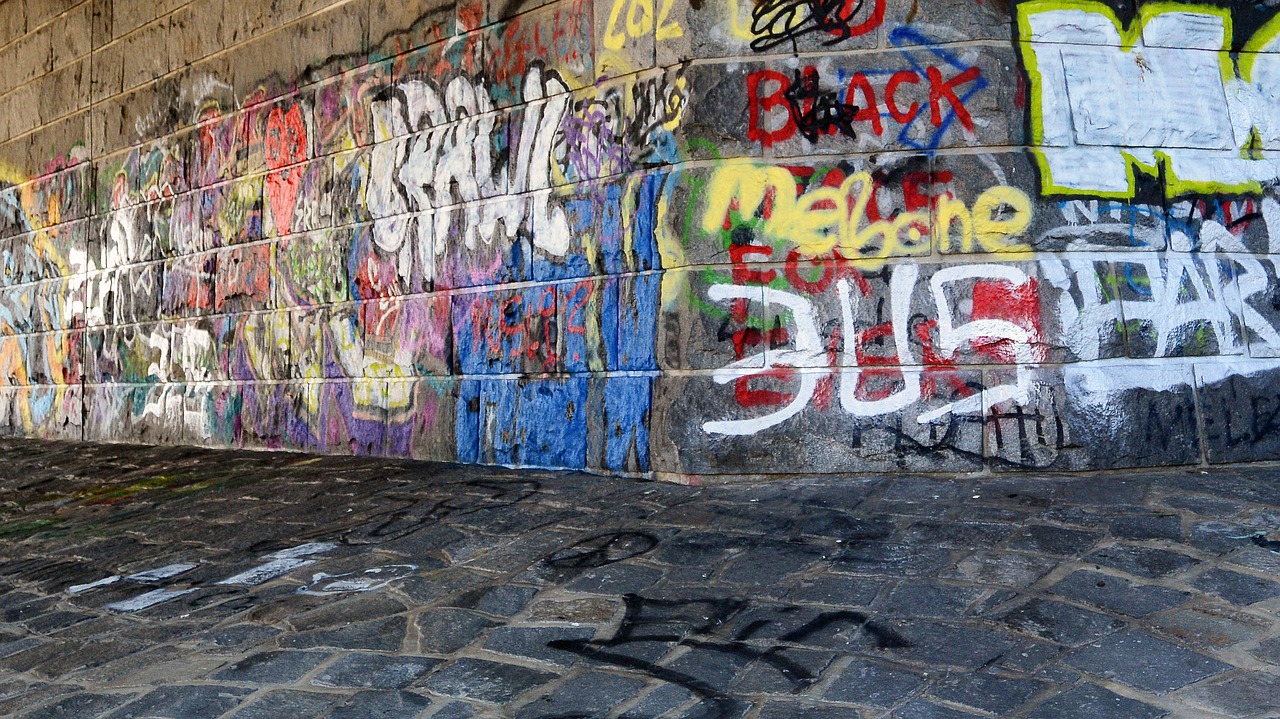 All about Street Art

Street art is another form of art expressed on walls and buildings outside in urban areas.  It has different rules and uses different materials.  Street art is a legal form of artistic expression.  The street artists are asked to use their talent to create a mural or painted effect on a wall outside. Some cities have encouraged street art and created outdoor galleries.  An industrial building can become uplifted by street art designs and colorful murals.  Street artists paint in broad daylight and sign their work acknowledging their artistic creations.  Street art is also called Urban Art or Public Art to try and distinguish it from graffiti.

What are the main features of Street Art?

Differences between Street Art and Graffiti in the following areas:

Graffiti and Street art have their place in the realm of urban art.   Street art has more appeal to onlookers as the artist delivers a message, via a mural or image, that can be appreciated in its context.  Graffiti has a cryptic message, and due to its link with vandalism, tends not to be appreciated by the average person.

Both art forms have a purpose and a message to share.  Graffiti tends to be more appealing to a specific group of followers.  These followers understand how the message is expressed through the cryptic message of words and letters.  Street art has become well known for uplifting a building or highlighting an event, depicting characters or just adding color and shape to an area needing to be uplifted.

Graffiti depends on an aerosol can of spray paint for its materials.  The graffiti artist sprays the message of words and symbols through the use of spray paint.  The street artist has a different approach using different paint mediums as well as equipment to set up the area to be painted.  The street artist creates a safe area to work in and is open about the activity he is involved in.  The graffiti artist enjoys the challenge of working in secret, in difficult areas and using what is available on site, to reach his targeted area.

Graffiti artists make their mark all over the place.  The least accessible places like railway bridges, and out of reach parts of the city, are the places graffiti artists like to frequent.  The street artist, on the other hand, has been commissioned to decorate designated areas and create his works of art for everyone to see. 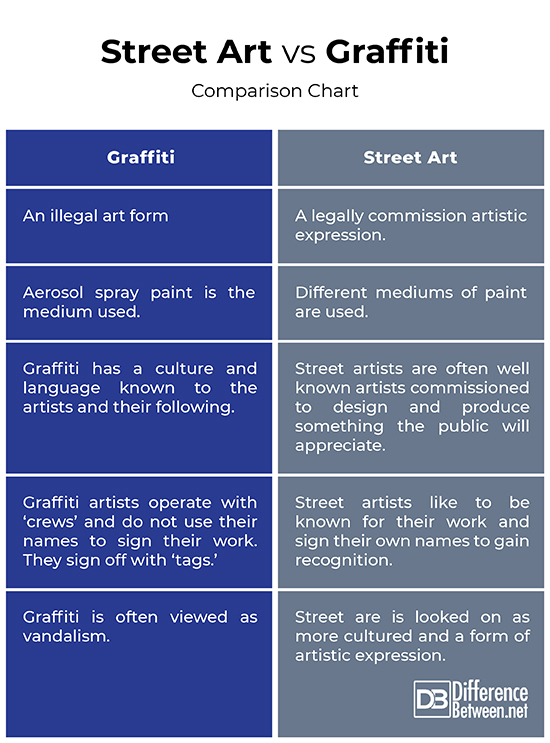