Difference Between Urban and Rural 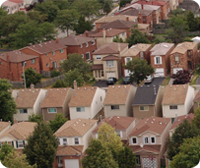 Human settlements are classified as rural or urban depending on the density of human-created structures and resident people in a particular area. Urban areas can include town and cities while rural areas include villages and hamlets.

While rural areas may develop randomly on the basis of natural vegetation and fauna available in a region, urban settlements are proper, planned settlements built up according to a process called urbanization. Many times, rural areas are focused upon by governments and development agencies and turned into urban areas.

Unlike rural areas, urban settlements are defined by their advanced civic amenities, opportunities for education, facilities for transport, business and social interaction and overall better standard of living. Socio-cultural statistics are usually based on an urban population.

While rural settlements are based more on natural resources and events, the urban population receives the benefits of man’s advancements in the areas of science and technology and is not nature-dependent for its day to day functions. Businesses stay open late into the evenings in urban areas while, sunset in rural areas means the day is virtually over.

The flip side of this is that rural areas do not have pollution or traffic problems that beset regular urban areas. Many governments, though focusing on the development of rural areas, have also tried to ‘protect’ these areas as preservation of their country’s basic culture and traditions.