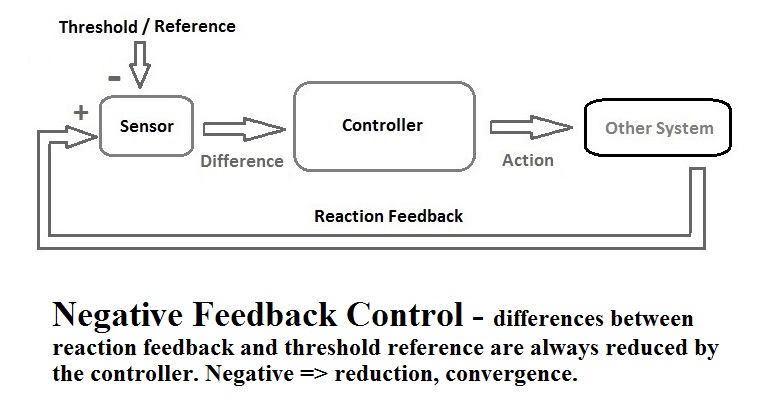 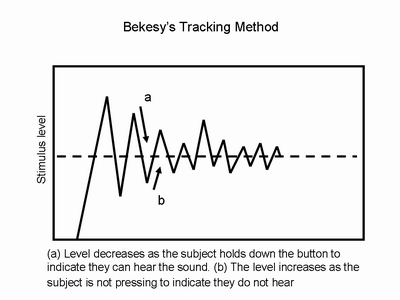 What is Absolute Threshold?

A person is exposed to a stimulus at varying intensities and then asked to state if they can detect the stimulus or not in each case. The lowest or minimum intensity that a person can detect at least 50% of the time is then the absolute threshold value. The exact methods of the trials vary depending on which sense is being used and tested, for instance, taste versus vision. If taste is being tested then obviously the individual will have to taste some substance at varying strengths or intensities. If a person is having the vision measured then, for example, a candle will be held at different distances and the absolute threshold determined.

An example that illustrates an absolute threshold is when a person goes has a hearing test done. An individual has to listen for the tones which are of different intensities. This threshold is likely to change as a person becomes older since there is likely to be age-related hearing loss. This is true for most of our senses which means that the actual value of the absolute threshold for each sense can change and is not the same for every person. Absolute intensity can also be used when assessing the fitness of individuals and for comparing the fitness of different groups of people.

Knowing the absolute threshold can be very useful even for the development of certain food items. For instance, establishing the level as an indicator of the pungency of chili was suggested as a good way to know how much should be added to a food dish in order for customers to detect the taste of the chili.

What is Difference Threshold?

The difference threshold is based on how different the intensity of separate stimuli has to be in order for a person to notice that they are different. The value is often based on both a lower and an upper value. It is also referred to as the just noticeable difference (jnd), a term coined by the scientist Gustav Fechner a few decades after Weber came up with the concept of a difference threshold.

An example of a difference threshold is having the ability to discriminate between two auditory tones that are being heard.

Determining the difference threshold is useful for marketers so that they can find the most cost-effective method of improving their products, for instance, changing packaging just enough to make a product more attractive but not so much that the profit margin drops for the company. 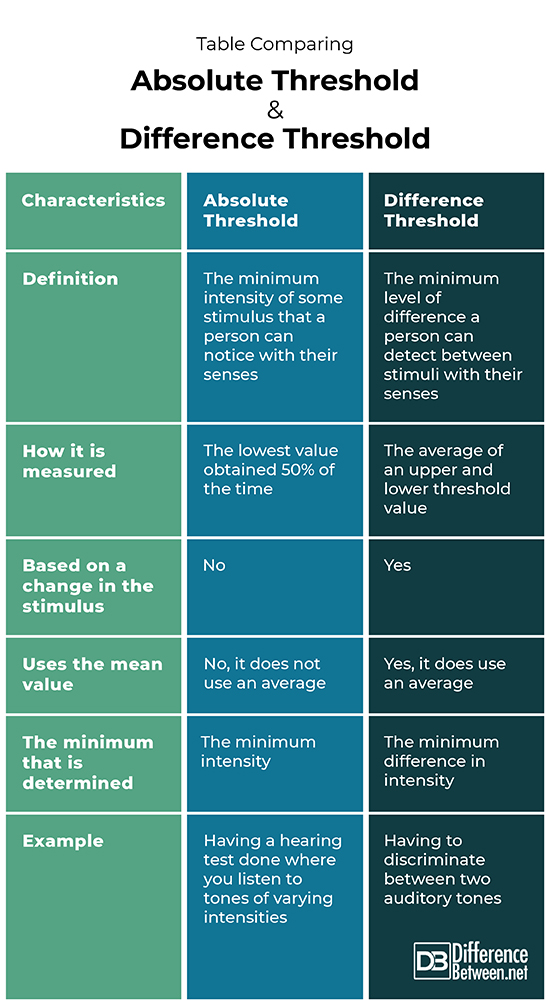