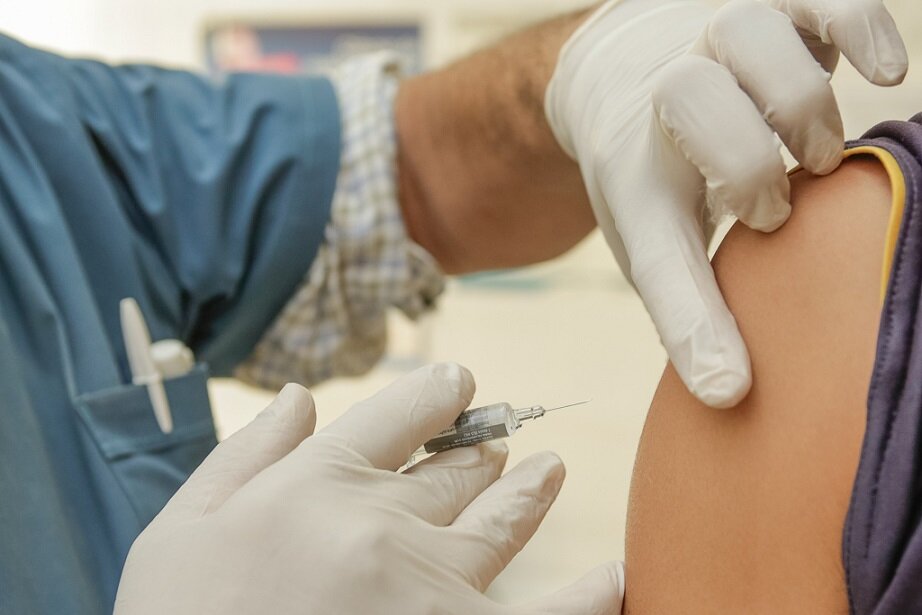 An mRNA vaccine is one that is produced from messenger RNA. A traditional vaccine is made from the antigen of a particular virus.

What is mRNA vaccine?

An mRNA vaccine is made of messenger RNA that codes for the antigen of a virus that is of concern.

Production of the vaccine:

Genetic engineering is the process used to make mRNA viruses. It relies on carefully removing this particular nucleic acid from the virus and then purifying and using it to form a vaccine; this vaccine is then delivered to the person in a fluid containing lipids. A lot of research is being done on mRNA vaccines; many are being produced and tested, especially for the new coronavirus, COVID-19.

The mRNA is the RNA which is formed during transcription of DNA. It is the part of mRNA that codes for an antigen. The antigen is a protein that is found on viruses and it is the molecule that stimulates our immune system to recognize that it is dealing with a foreign entity. The next step after recognition by the body is the creation of antibodies by B cells. Injecting an mRNA vaccine into somebody thus triggers an immune response.

It is faster to produce many copies of mRNA vaccine than it is to produce traditional vaccines since the latter is usually grown in cells or eggs, which takes more time. Since mRNA does not use eggs, allergies in people who get the vaccine are also less likely.

The mRNA vaccines depend on newer technology, namely nanotechnology, and none of these vaccines have been approved for general use in large populations of people. In some cases, such as COVID-19, results from human trials have been encouraging but effectiveness seems to vary quite a bit from one vaccine producer to another.

For use against which diseases:

The hope is that the mRNA COVID-19 vaccine will become available for use soon, and that it will help in the current coronavirus pandemic. Other viral diseases like HIV and rabies may also be controlled by these types of vaccines, and thus research using mRNA against these illnesses is ongoing.

What is Traditional vaccine?

Traditional vaccines are based on proteins called antigens and they are usually made using eggs or cell cultures or by recombinant technology.

Production of the vaccine:

Vaccines are made using parts of a virus. The viral material is injected into an egg or cell and then there is a process of waiting while the virus replicates. The biological material used; either cell or egg, produces antigens in response to the virus. This is then extracted for use in the vaccine. In the case of recombinant vaccines the viral DNA that makes the antigen is obtained and then combined with a harmless baculovirus. Molecular cloning can be done to make many copies.

The immune system has cells that search the body for signs of foreign entities such as pathogens. Your white blood cells recognize a foreign cell is by the antigens. By giving someone a vaccine that contains antigens for a virus the B lymphocyte cells can start making antibodies. If a person is later infected with a virus, the antibodies already present will quickly attach to and mark the pathogen for destruction.

Vaccines grown in cells, eggs and using recombinant technology have been approved for use by the FDA, and thus are readily available for use by the general public. They are also effective for the majority of the population. There has been a long history in the production and use of such traditional vaccines and they have been used against several diseases.

Some people may be allergic, for instance, to eggs; this is why other methods have been approved and used, such as using different cell cultures or recombinant technology. Another disadvantage is it takes a long time to produce enough of the vaccine to distribute.

For use against which diseases:

A mRNA vaccine is formed from the messenger RNA of the virus. A traditional vaccine is made by producing antigens from virus grown in eggs, cells or by recombinant technology.

Speed that the antibody is made

An antigen is made only after the mRNA vaccine has been given so it is a slow process. An antigen is injected as part of the traditional vaccine so antibody production is rapid.

For use against which diseases

An mRNA vaccine is being tested and is in trials for use against the COVID-19 virus, other such vaccines are also being researched for use in HIV and rabies. A traditional vaccine is used to help with chickenpox, influenza, and measles.