Difference Between Reactants and Products 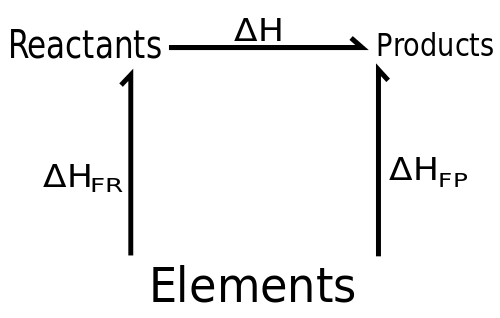 Chemical reactants are chemical substances that combine in order to form another compound. For example, water is made up of chemical elements such as hydrogen and oxygen. Another example is salt, which is made up of a combination of the chemical elements, sodium and chloride. These singular elements combine, or undergo a chemical reaction to form new chemical compounds. Aside from chemical elements, reactants may also involve more complex substances, such as compounds. For example, baking soda is composed of several elements namely, sodium, hydrogen, carbon and oxygen. It is formed by a chemical reaction between sodium hydroxide and carbon dioxide. Sodium hydroxide is a combination of sodium, hydrogen and oxygen. Carbon dioxide is a combination of carbon and two molecules of oxygen. When these chemical reactants combine, it results in the formation of sodium bicarbonate, or what is commonly known as baking soda. Chemists have a distinct way of writing these reactions in a chemical equation. Chemical equations are written in such a way that an arrow is directed to the final product of the chemical reaction. These equations also involve the use of other substances that were involved in the reaction. These are catalysts, enzymes, temperature, and other factors that can affect the interaction of chemical substances. In these equations, chemical symbols of reactants are placed on the left side of the arrow.

As the name implies, chemical products are substances that are formed from chemical reactants. In the example mentioned in the previous section, the chemical product is baking soda. This is formed by chemical reactants composed of sodium hydroxide and carbon dioxide. Another example of a chemical product is water, which is formed by a combination of hydrogen and oxygen molecules, as mentioned in the previous section. In chemical reactions that involve a combination of atomic particles, the end product is usually more complex than reactants. On the contrary, chemical reactions that involve reduction of atomic particles tend to have less complex chemical products. These reactions usually dissolve the chemical bonds within compounds that were initially present. A good example of this process is seen in enzymatic processes. Catalase is an enzyme that is produced by certain bacterial particles. This enzyme is important in breaking down hydrogen peroxide into water and oxygen. This is the reason why bubbles are formed when hydrogen peroxide is applied on wounds. The catalase enzyme is present within the bacteria that contaminates wound beds. This results in the breakdown of hydrogen peroxide into the chemical products that were mentioned earlier. In chemical equations, chemical products are usually placed on the right side of the arrow. However, there are more complex chemical interactions wherein products may also turn into reactants. These chemical equations usually utilize two opposing arrows, which is indicative of chemical reversibility.