Difference Between Metamucil and Miralax 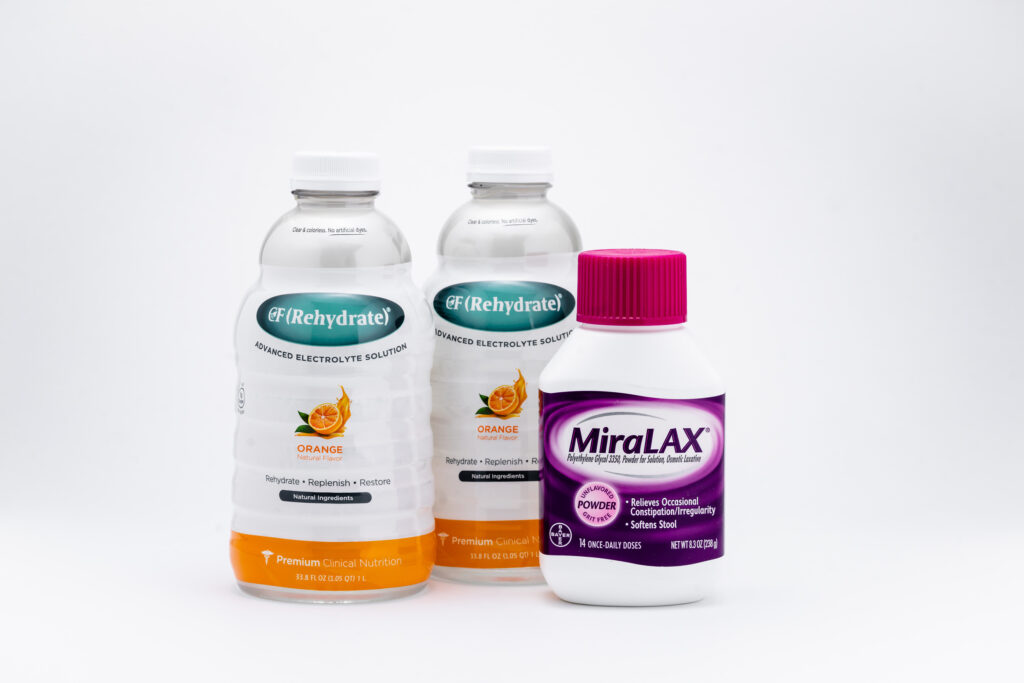 Metamucil is a type of laxative that contains Psyllium fiber that works by increasing the bulk of the bowel contents.

Ingredients and how you take it:

The primary ingredient of Metamucil is Psyllium husk, which is extracted from the plant Plantago ovata. Metamucil can be taken as a capsule or as a powder that is added to water.

The Psyllium in Metamucil increases the volume of contents in the colon, making it more likely for the person to have a bowel movement. Studies indicated a change from 372 mL up to 578 mL for people who took Metamucil. The same study also indicated an increase in the amount of water in the colon after eating when a person took Metamucil compared with the control. The increased water content as well as increased bulk makes the stool softer and thus easier for a constipated person to pass.

Metamucil contain a form of fiber used to treat people who suffer from occasional constipation. This laxative usually results in a bowel movement anywhere between 12 hrs. to about 72 hrs.

Studies have shown that not only is it useful for treating constipation, but there is also some benefit for people who also have high cholesterol in that the Psyllium in Metamucil does lower cholesterol, possibly by affecting bile salt reabsorption. Research has also shown promising results when it comes to blood sugar control, with Psyllium helping people who have type 2 diabetes.

Due to how the fiber works in the gut, it may be risky for a person with a history of bowel obstruction to use this type of laxative. It also needs to be taken with enough water so as not to cause choking since the Psyllium swells up once in contact with fluid. This means that choking can occur if it lodges in the throat. Metamucil is often not a good choice where a person has slow colonic transit and it can cause loss of appetite and a delay in stomach emptying.

Miralax is an osmotic laxative which contains a substance called polyethylene glycol 3350, abbreviated as PEG.

Ingredients and how you take it:

The primary ingredient of Miralax is the chemical substance polyethylene glycol 3350. This is a synthetic substance that is made in a lab. Miralax occurs in the form of a powder that you add to a drink.

It helps the colon to retain water making the stool softer and easier to pass. The way it works can be confused with Metamucil but the difference is that Miralax does not swell up and increase bulk; it simply affects the water content, which causes bowel movements to occur more often. The actual mechanism is based on osmosis with the PEG attracting water into the colon causing the stool to soften.

Miralax is useful in treating temporary short-term constipation, and has been shown to increase the frequency of bowel movements; research showed people having 4.5 bowel movements per week versus 2.7 in the control group. It is also used as bowel prep for people needing to have a colonoscopy.

It can be very effective in cleaning the bowel out for somebody who needs to have a colonoscopy. It is effective in relieving constipation.

A person can suffer severe diarrhea in some cases when taking Miralax and it can be habit-forming, which means it cannot be taken too often. Severe diarrhea due to laxative use can be dangerous because it can cause dehydration and a loss of electrolytes from the body.

Difference between Metamucil and Miralax?

Metamucil is a bulk-forming laxative. Miralax is an osmotic laxative.

Impact on the colon

Metamucil absorbs water and swells up causing the bowel contents to become larger. Miralax helps water be retained in the colon making bowel movements easier as the stool is softer.

A disadvantage of Metamucil is that it can be dangerous for someone with an intestinal obstruction, and can cause choking if not taken with enough water. A disadvantage of Miralax is can be habit-forming in people and it also can cause too much diarrhea resulting in dangerous dehydration.

Table comparing between Metamucil and Miralax

Summary of Metamucil Vs. Miralax