Difference between Piles and Fissure 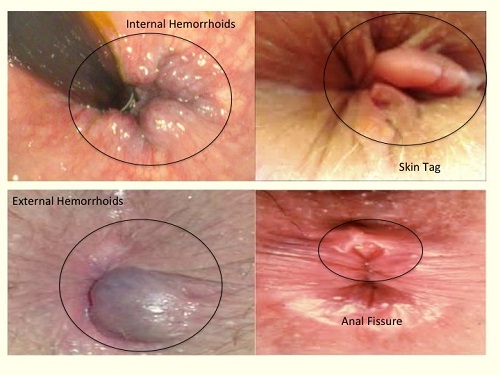 Piles or hemorrhoids is an anorectal disease characterized by the enlargement

Hemorrhoids is a very common disease presenting an increased prevalence over time. Currently, It is estimated that 75% of American people will experience hemorrhoids symptoms at some point in their life, whereas in 1990 epidemiological studies showed a hemorrhoids prevalence of 4.4% in the American population.

Clinically, hemorrhoids are mostly characterized with painless rectal bleeding during defecation. This symptom can be accompanied with mucus discharge, a burning sensation, and itching.

According to their severity, hemorrhoids are classified into four grades:

The main risk factors for hemorrhoids are obesity, pregnancy, aging, and any condition causing increased intraabdominal pressure such as constipation.

Additionally, food and lifestyle, for instance low-fiber diets and alcohol intake, can influence the development and severity of hemorrhoids.

Hemorrhoids diagnosis is conducted through physical examination which includes digital rectal examination, and anoscopy. When rectal bleeding is present, colonoscopy  is used to confirm the diagnosis and exclude other conditions such as colorectal cancer.

The choice of treatment depends on the severity of the symptoms and the type of hemorrhoids.

Dietary and lifestyle changes are usually sufficient to effectively treat low graded internal hemorrhoids. More complicated conditions can be treated with office-based procedures such as sclerotherapy and rubber band ligation.

Sclerotherapy consists of injecting a chemical solution in order to reduce the blood supply to the hemorrhoids. Rubber band ligation is a painless procedure consisting of tying the hemorrhoids at their base.

What is a fissure?

Trauma during pregnancy and delivery also increases the risk for fissure. Up to 11% of patients develop chronic fissure following childbirth.

90% of acute fissures heal spontaneously. An increased intake of water and a high-fiber diet are recommended.

Difference between piles and fissure

Symptoms of hemorrhoids include painless bleeding, mucus discharge, a burning sensation, and itching. Hemorrhoids can aggravate and become external.

Hemorrhoids are caused by obesity, aging, pregnancy, increased intraabdominal pressure, and lifestyle such as alcohol intake and low-fiber diets.

Diagnosis of hemorrhoids is conducted through a physical examination, digital rectal examination, and anoscopy. Colonoscopy helps ruling out other existing conditions such as colorectal cancer.

Summary of piles and fissure