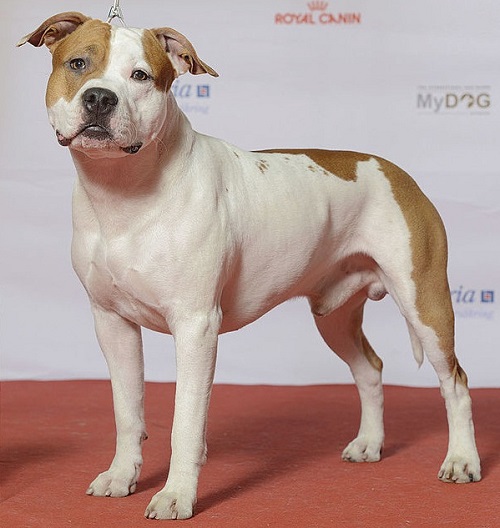 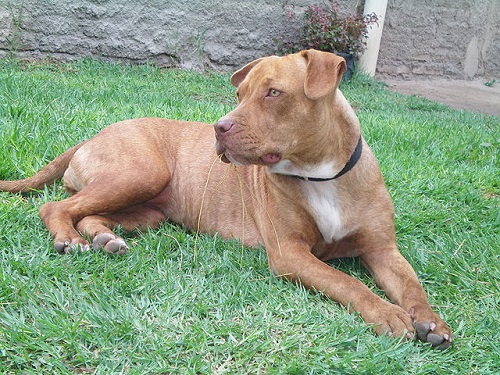 In the past, one would refer to a canine companion simply as a ‘pet dog’. Well, times have changed; today it’s not good enough to call them that anymore. It is now commonplace to hear someone say: “That is Lucy, my Golden Retriever’ or “I have a Poodle back home named Timmy.” People tend to put more emphasis on the breed. The tricky part, though, is that it takes some extra brain cells to become familiar with the vast array of canine breeds. Some seem so alike that you can’t tell the difference.

The case in point is that of the American Staffordshire Terrier and the American Pit bull Terrier, or Pit bull. The two appear to be the same breed, but a range of inconspicuous dissimilarities – specifically bone structure, size, coat color, ears, and head – prove that they are indeed different from one another. Both the American Pit bull Terrier (Pit bull) and the American Staffordshire Terrier (Amstaff) are members of the molesser breed group. The term ‘Pit bull’ is, in fact, a general term to describe all those in the molesser family. This makes it very confusing for most people.

Early Amstaff breeds came from England, where they were used as companions, farm helpers, guards, and participants in dogfights. The Pit bull, a cross between the terrier and the bulldog, comes originally from Scotland, Ireland, and England. Pit bulls were used as household companions and guardians in managing livestock in the early days. Now, they have proved to be effective as police and therapy dogs.

The dominant characteristics of Pit bulls include passion, willingness, high pain tolerance, fighting prowess, and aggression. In fact, they are among the breeds exploited in illegal dog fighting around the world. With proper training, Pit bulls can be very obedient and docile. They are also very good at guarding property. By contrast, Amstaffs fare well in terms of affection, gentleness, protectiveness, energy, intelligence, and human attenuation. They mingle well with kids when socialized together during their early years. However, they don’t mix well with other pets.

As far as physical size is concerned, the Amstaff, with a height of 17-19 inches and weight of 40-50 pounds, is smaller than the Pit bull. Overall, the Pit bull is more muscular and stocky, at 18-22 inches in height and 22-110 pounds in weight. The former is actually the smallest of the molesser class, while the latter is the biggest and heaviest. The Amstaff has more robust front legs, while the Pit bull has more powerful hind legs, which are responsible for its agility and pushing power. Pit bulls can have just about any color or coat pattern, except for merle, while the Amstaff’s coat color is more diffused and very limited in range. Their color can be blue, white, red, brindle, fawn, or black. Both Amstaffs’ and Pit bulls’ ears are usually cropped. Their head structures are very similar as well, typically with pronounced jaws, broad and thick cheeks, and muscular necks.