Difference Between IPS and VA 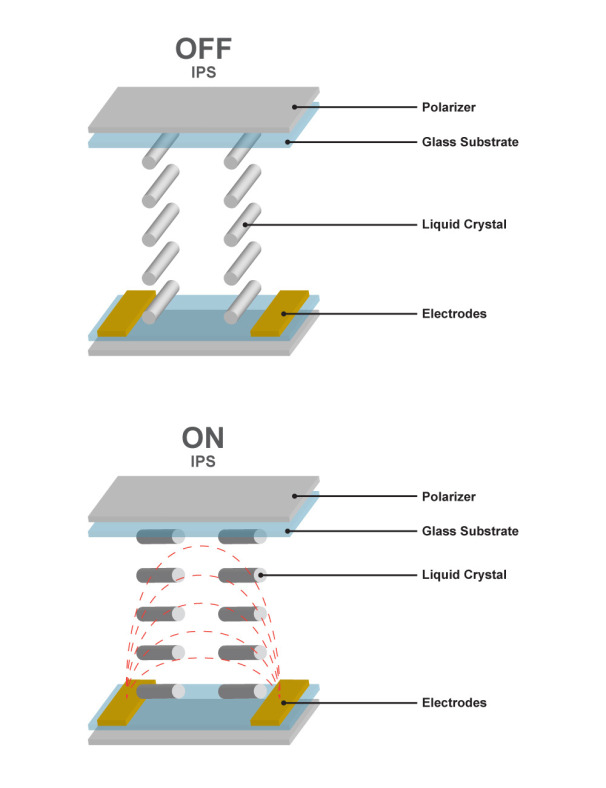 PC monitors have been the single most significant category for LCD display panel consumption through 1997. But the recent emphasis on the display panels used for PC monitors has raised a question whether users should consider IPS or VA display panel type. IPS (in plane switching) and VA (vertically aligned) are by far the most common types of LCD display panels used on PC monitors. Both IPS and VA liquid crystal cells are homogenous in the field-off state. Both the display technologies refer to the alignment of molecules within the LCD, but the difference lies in how they do it. Each display panel technology has their own set of pros and cons. Let’s take a look at the two to better understand how they differ.

In-Plane Switching, or commonly referred to simply as IPS, is one of the display technologies for Thin Film Transistor Liquid Crystal Displays (TFT-LCDs) that provide an improvised, alternative solution to the earlier twisted nematic (TN) LCD technology. The development of IPS technology was first announced by Hitachi. The technology was developed to change the physical behavior of the liquid crystal layer by moving the liquid crystal molecules in parallel to the TFT with respect to the substrate plane, which significantly resulted in excellent viewing angles and picture uniformity. LG took the technology forward to the next level by introducing S-IPS (super in-plane switching) panels in 2001 and AH-IPS (advanced high performance in-plane switching) panels in 2011. The IPS display technology was developed to overcome the limitations of the TN matrix LCDs which dominated the display technology space in the late 1980s.

VA, stands for vertical alignment, is a type of liquid crystal display technology which uses vertically aligned liquid crystals meaning the nematic liquid crystal molecules are vertically aligned with respect to the glass substrate. When voltage is applied, the liquid crystal molecules will tend to align perpendicularly to the electric field and therefore tend to lie parallel to the substrate surfaces when sufficient voltage is applied. When no voltage is applied, the axes of the LC molecules are oriented vertically to the substrates and no light gets through to the screen, resulting in a normally black type display. VA display technology is something of a compromise between the TN and IPS LCD display panels, offering the right contrast ratio and improving the viewing angle properties through the adoption of a multi-domain technique.

Difference between IPS and VA

– IPS panels use an in-plane electric field generated by a patterned electrode structure in order to avoid the out-of-plane orientation of liquid crystal in response to an electric field. This results in expansive viewing angles that do not distort your view at any angle, providing the best viewing experience with no significant shift in color and contrast in both horizontal and vertical directions. VA panels have significant degradation in picture quality and worse viewing angles than their IPS counterparts. However, VA panels are still generally better than TN display panels.

– Since both IPS and VA are liquid crystal display technologies, there is no inherent difference between the two in terms of brightness, but VA panels are far beyond the IPS panels when it comes to contrast ratio. VA is kind of a compromise between the older TN panels and the newer IPS panels, providing superior contrast ratios, usually ranging from 3000:1 all the way up to 6000:1. IPS display panels have contrast ratios in the range of 1000:1, which is nothing compared to VA panels. This is why PC monitors and televisions make extensive use of VA panels instead of IPS panels.

Summary of IPS vs. VA

While both IPS and VA are two of the most popular screen technologies for liquid crystal displays that provide great alternate solutions to the once-dominated twisted nematic display panels, they have their fair share of pros and cons. For one, IPS panels offer a much better viewing experience providing much wider viewing angles with no distortion in color in both horizontal and vertical directions. But, VA panels have the best contrast ratios and image depth, and excellent management of black levels. However, VA panels are limited in their viewing angle performance, primarily because of their vertical orientation of liquid crystal molecules. VA panels have the upper hand when it comes to refresh rates and response times, which make them great for gaming.

Outside his professional life, Sagar loves to connect with people from different cultures and origin. You can say he is curious by nature. He believes everyone is a learning experience and it brings a certain excitement, kind of a curiosity to keep going. It may feel silly at first, but it loosens you up after a while and makes it easier for you to start conversations with total strangers – that’s what he said."
Latest posts by Sagar Khillar (see all)
Share Tweet Pin Mail
Categories: Technology
Tags: ips, VA
previous post Difference Between IPS and TN
next post Difference Between Hostname and Domain Name