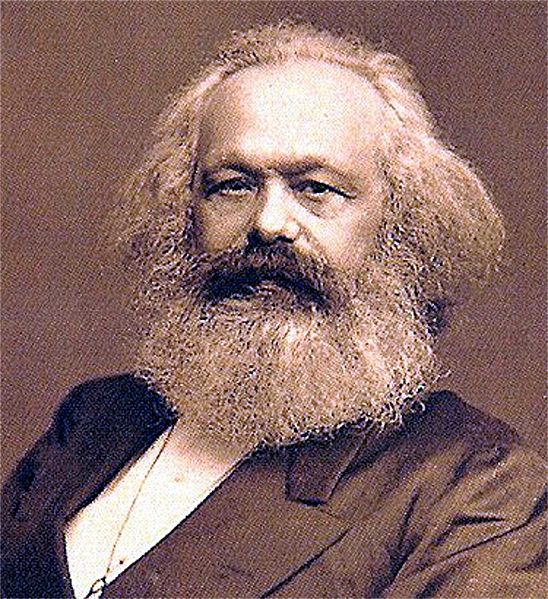 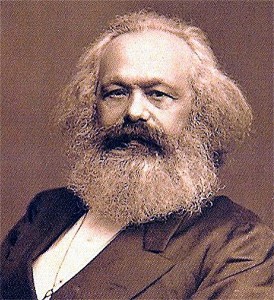 Amongst the most influential and prominent economists of the last few centuries, Adam Smith and Karl Marx, are noted for their distinct theoretical contributions. In his watershed Inquiry into the Nature and Causes of the Wealth of Nations, Adam Smith proposed that the free market, where producers are free to produce as much as they want and charge consumers the prices they want, would result in the most efficient and desirable economic outcome for consumers and producers alike due to the “Invisible Hand.” The rationale for his proposal was that each individual would try to maximize his own benefit. In doing so, consumers would only pay as much as or less than they would value the benefit derived from a good, and producers would only sell for as much as or higher than they would have spent on producing a good. In his idealistic economy, there would be no surplus or deficit supply or demand; markets would always be in equilibrium, and the benefits to consumers and producers alike would be maximized. There would be a limited role for the government in such an economic system.

In contrast, Karl Marx in his Das Kapital reasoned that workers would be exploited by any capitalist, or factory owners, for the capitalist system provides an inherent advantage to the already rich and a disadvantage to the already poor segments of society. The rich would get richer and the poor would get poorer. Furthermore, the “capitalist” is always in a better position to negotiate a low wage for his workers, he argued. One of his notable and more contentious theories – the labor theory of value – claims that the value of a good or service is directly connected to the amount of labor required for its production. Interestingly, Karl Marx also had his own drastic, political ideas that were far away from those of Adam Smith’s. 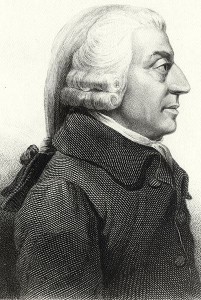 Marx posited that the two classes in a society – the bourgeoisie and the proletariat – will forever remain stuck in their respective classes because of the very nature of capitalism. The wealthy capital-owning bourgeoisie not only owns the factories but dominates the media, universities, government, bureaucracy, and, hence, their grip on an elevated social status is unchangeable. In contrast, the poor, working class, or the proletariat, lacks any effective means of having just recompense for their hard labor. The remedy for this trouble, in Karl Marx’s view, was for the proletariat to revolt and create a new social order where there would be no distinction between segments of society; there would be no classes as such. Collective ownership of all capital for production would ensure, Marx suggested, an equitable distribution of wealth.

While Adam Smith contended that the most ideal economic system is capitalism, Karl Marx thought otherwise. Adam Smith also opposed the idea of revolution to restore justice for the masses because he valued order and stability over relief from oppression. Marx strongly adhered to the idea that capitalism leads to greed and inequality. Inherent to the idea of competition is greed, opined Karl Marx, which would cause inherent instability and injustice in a society. Communism offered the best model – both political and economic – with its collectivist ownership, production and central planning features intended to distribute wealth equitably and eliminate the distinctions between the bourgeoisie and the proletariat altogether, according to Marx. Smith did not put the spotlight on the land holdings or the riches of the aristocracy like Marx. Smith elaborated on how a person could reap economic benefits commensurate to his effort and thus add to an economy’s aggregate wealth. He believed that in a free market economy, an individual would be able to earn and spend in a market freely, and it would allow a worker to act as a consumer as well. When a worker would purchase goods and services, it would then lead to profits for some other economic agent – a producer or a consumer of economic goods or services – and further boost economic activity. According to Smith, the benefits to an individual economic agent would be enjoyed by many other members of society through a “trickle effect” as the original worker would spend money, which would be earned by some other producer of goods or services, which would allow the second economic agent to earn and then spend money, and the cycle would continue which would help the economy multiple times more than what it may appear at first sight.

In contrast, Karl Marx theorized that capitalism is intrinsically linked to an inequitable society where the segmentation of society according to “class” would be permanent and rigid. Somebody born in the proletariat class would forever be stuck in this class, and somebody born in the bourgeoisie would always enjoy the benefits of the aristocracy at the expense of the proletariat. He thought that the proletariat would be looking to maximize their own profits, and, in turn, keep the wages of the working class as low as possible, thus trapping the working class members in a vicious cycle of abject poverty or destitution that they can never escape from.

One of the faults with capitalism that Karl Marx discovered was the tendency for each economic agent to maximize his profits. He contended that the value added by a worker is more than the wages he earns; the difference being the profits enjoyed by the capitalist. By eliminating the capitalists altogether, his ideal economic system would be more equitable, just, and fair than unhindered capitalism without government intervention, private ownership of property, competition, and so on.

In conclusion, while both Adam Smith and Karl Marx agreed on a few core ideas, they differed on the method of production of goods and services and distribution of resources. Whereas Karl Marx went so far as suggesting revolution by the proletariat against the bourgeoisie for a more just, equitable society, Adam Smith preferred stability and peace over revolution. While Adam Smith’s envisioned ideal society would not distribute resources equitably or eliminate gaping wealth levels between the different classes in a society, Marx’s ideal economy would produce, according to the directives from a central authority, and distribute resources according to the needs of the public. In his ideal economy, Marx envisioned the elimination of class distinctions and an appropriate valuation of a worker’s effort, which is not possible in a capitalistic society in the presence of profit-seeking capitalists who deprive workers of their full share of earnings, according to Marx.