Difference Between Clever And Cunning 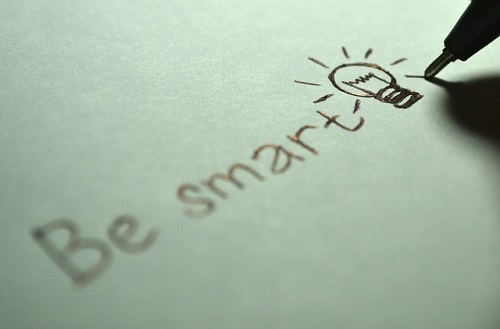 Are they merely synonyms?

Is there really any discernible difference between being clever and being cunning? You are able to use both words in a sentence without altering the meaning of the sentence to drastically. Even most thesauruses will list the two as being synonyms of the other. Although the two are synonyms of one another there should be a difference between the two. Alternatively, is this just another case of English’s infamous complexity in having multiple upon multiple words meaning the exact same thing?

In the article which follows it is perhaps prudent to look at the dictionary meanings of the words, to begin with. This is the boring, if not logical step in looking for any differences that might occur besides the obvious one of spelling and pronunciation. That will be followed by an investigation into the connotations of both cunning and clever. This should show the differences between the two, even if subjective. Finally, I will provide an example from Greek Mythology which will allow you to decide whether the hero Perseus was cunning or clever in slaying Medusa.

Merriam-Webster provides the following dictionary meanings for the word clever:

“1a :  skillful or adroit in using the hands or body :  nimble clever fingers b :  mentally quick and resourceful a clever young lawyer

2:  marked by wit or ingenuity a clever solution a clever idea the play’s clever dialogue

While cunning, in the same dictionary, is defined as:

“1:  dexterous or crafty in the use of special resources (as skill or knowledge) or in attaining an end a cunning plotter

From the above meanings, it is clear that both cunning and clever require the intelligent use of a skill, experience, or tools at your disposal. What we do see is a difference in the language used to define the two words. In the definition for clever, we see the following words used to help define the word, “skillful”, “mentally quick”, “wit”, “ingenuity”. While “crafty”, “wiliness”, and “trickery” are used to help define the word cunning. From this, it is easy to conclude that in order to be cunning a certain amount of behavior generally not approved of as right makes up the action. You can, however, be cunning and clever simultaneously, as your plan to get that promotion by backstabbing another employee could be both clever and most certainly cunning. The act of backstabbing a work colleague should evoke a negative response or emotion. That is where the connotations of words assist in separating and providing different meanings for words that can have similar meanings.

The Merriam-Webster defines connotation as:

“1a :  the suggesting of a meaning by a word apart from the thing it explicitly names or describes b :  something suggested by a word or thing :  implication the connotations of comfort that surrounded that old chair

2:  the signification of something… that abuse of logic which consists in moving counters about as if they were known entities with a fixed connotation. — William Ralph Inge

3:  an essential property or group of properties of a thing named by a term in logic…” (Merriam Webster Dictionary 2017)

For our purposes, the first meaning would be the most significant in that connotations are the meanings we subscribe to words that are more than their actual definition. These meanings can include our subjective emotions that come up when we think of the word. For instance, if you were that poor employee who was backstabbed and someone mentioned the word cunning in passing, you may have horrible memories associated with the event. Thus, you would have negative connotations surrounding the work cunning as it would be associated with underhanded and morally wrong exploitations of situations to benefit the one described as cunning. Clever is more neutral in its connotations and often encompasses more positive connotations. You may compliment someone on being clever, or praise a toddler for solving a problem.

These inherently negative associations with the word cunning are evident in our daily lives. Con men and fraudsters are often described as cunning in how they manipulate and often break the law to suit their ends. In an article written by John Hollon, arguing that it is not cunning but rather emotional intelligence that makes for good leadership. While he makes a valid point this is perhaps a whole other article for another day. For the purpose of this article, his use of an executive he knew to illustrate his point helps prove the point I am attempting to make concerning cunning. He describes her as being cunning by manipulating, bullying, and spreading malicious rumors to advance her career (Hollon 2014). Here the negative connotations surrounding the word cunning are more than self-evident. It seems while we might respect someone for being particularly clever in overcoming a problem, someone who does so in an immoral way might be referred to as cunning.

An Example from Antiquity

In the example above we saw how a nefarious colleague could influence your meaning of a word. In the example below, we will briefly look at the myth of Perseus killing Medusa. From there we will decide if he acted cleverly or with cunning. The second point then to make is if Perseus was cunning does the word have any positive connotations. Briefly, the myth of Perseus, one of the tasks set for him in order to keep the families honor intact, was to travel to the end of the world and kill Medusa, famed for being able to turn people to stone by looking at them, one of the three Gorgons. Upon his quest, he was given a sword that would be able to cut Medusa’s head off, a polished shield, and a helmet that made him invisible. Upon encountering Medusa he used the shield to see where Medusa was by its reflection. He then proceeded to cut her head.

In this example, it can be argued that Perseus was both clever and cunning. He was clever in how he looked to solve the problem of not being turned to stone and cunning in the way he used the mirror to do so. This highlights the point that although words can have many connotations often depending on personal preference, historical circumstance, and culture these connotations constantly evolve giving new meanings to the word in question. While clever and cunning most certainly have different meanings and connotations, the meanings can be subjective and are not wholly good or bad.