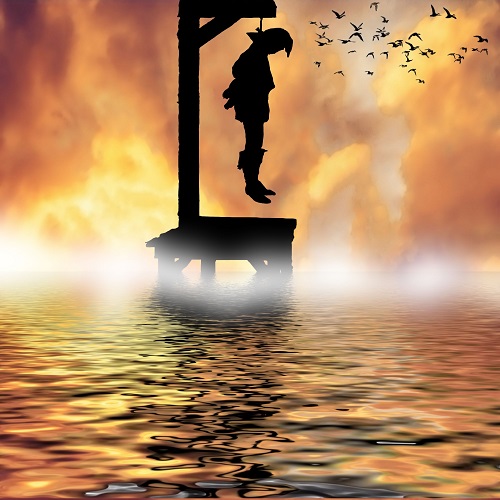 So which one is it?

Before I answer as to when you should use hanged or hung to represent the past tense of hang a bit of a history lesson in needed as to why we have two forms of past tense for one word. For those learning the language it can seem odd, if not silly, to have two forms for a word in the past tense. Would it not be simpler rather just to have one? Yes, it probably would and make life a little easier simultaneously. In the future, we will, probably only have one. More than likely hung will be used exclusively in the future. Future, students of the language will breathe a sigh of relief.

However, there is indeed a correct way to use the two forms in question. The reason why we have two forms of the past tense for hang comes down to the evolution of the English language. According to the Fowlers Modern English Usage Guide in Old English there were in fact two words for hang, them being hon and hangen and to confuse future learners of the language further these words became entangled with the Old Norse henjan (Writing Explained 2017). Over time the two past tenses have been used interchangeably much to the ire of editors I’m sure. In our more modern age hung has come to be used more commonly as the irregular form of the past tense verb hang, with hanged having a very particular usage (Merriam – Webster 2017). An irregular verb, sometimes referred to as a strong verb, is simply the past tense of a verb that doesn’t end in –ed. Thus, for the word hang, hanged in the regular verb while hung is the irregular.

Those paying attention will have noticed that I still haven’t answered the pressing question. So without much more delay I will answer it.

The word hanged, the regular form of the past tense for hang, has come to be exclusively used to denote death by hanging (Miriam – Webster 2017). It is used exclusively in a legal and punitive, criminal proceedings, context where the accused person who has been found guilty will be executed using hanging as a means of execution. Here is a simple example to illustrate the correct usage of hanged:

At the end of the trial, once the jury had passed a guilty verdict, the Judge had sentenced      the accused to be hanged.

While the word hung, the irregular form of the verb hang in the past tense, is used for everything else. Here are a few examples to illustrate the point:

Sue hung the paintings in the gallery yesterday.

My mother hung the clothes out to dry just before the storm hit.

The hunters hung there trophy heads and pelts on the wall of the cabin.

To summarise then, the word hanged is used only to denote when someone is executed or dies via hanging. While hung is used for everything else. If you can’t remember this here is a helpful way to remember it, “Curtains are hung and people are hanged.” (Writing Explained 2017).

What the Authorities Say

Although many use the two forms interchangeably both the Chicago and A.P.A style guides, as well as the Miriam Webster dictionary acknowledge that the correct way to use the past tense forms of hang are what has been mentioned above. Will you be hanged for breaking this rule by mistake on occasion? Of course not but by applying the rule correctly you show your teachers and yourself that you have an excellent grasp of the language. While English is a living language, meaning that it constantly changes and adapts often faster than many would like, no rules are set in stone. For instance look at the spelling of the Old English hon and hangen and how they have changed. We only follow rules to make it easier for others to understand us.

Below is an exercise where you can show off your newly acquired knowledge. Choose the correct past tense for of hang.