Difference Between Expression and Equation 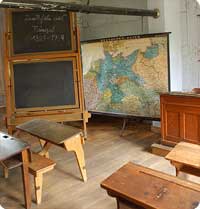 As early as in grade school, kids are already taught about some basic concepts in mathematics. Up to the secondary and collegiate years, these concepts are still being used at school most especially in practical application to bigger and more complex mathematical concepts. However, students tend to forget and fail to internalize some fundamental terms such as expressions and equations that they already have the tendency to incorrectly identify one from the other.

It’s rather simple actually. If you paid close attention to your grade school teacher, you may be fortunate to know the difference between expressions and equations. An expression is basically an incomplete mathematical sentence. It is like any normal phrase in the English language. Compared to expressions, equations are more complete. They are homologous to what completely structured English sentences are. They usually have a subject, a verb and a predicate. These are the most common statements in math that each learner will come to know.

In this regard, equations are more complete because they possess relationships. They are named ‘equations’ because they show equality. This equality is depicted with the use of the equal ‘=’ sign. Other signs such as greater than or less than can either be an expression or an equation but the determining factor is clearly the presence of the equal sign.

Mathematical statements with equality are equations. For example, if you say x + 10 = 15 then this is an equation because it shows one type of relationship. Conversely, expressions do not show any form of relationship. Thus, if you are having trouble spotting whether a particular mathematical statement is an expression or an equation then just look for the equal sign and surely you won’t be wrong in identifying which is which.

Also, when a learner encounters an equation, he or she is expected to solve that equation. On the other hand, expressions cannot be solved because in the first place, you don’t know what relationship each variable or constant has to one another. Hence, expressions can only be simplified.

Because it bears an equal sign, an equation usually shows a solution or is bound to reveal its solution. Expressions obviously are different because they don’t have any distinct or definite solution to the problem.