Difference Between Kung Fu and Karate 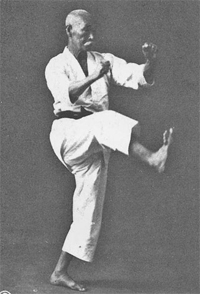 Kung Fu vs Karate
If you are to watch people who are doing kung fu or karate, you would never distinguish the difference with their moves if you were not trained for at least any of these. With this article, you would know the differences between kung fu and karate, even without any formal training for each.

Kung fu originated from China while karate originated from Ryukyu Kingdom in Japan. At first, kung fu was just a spiritual exercise that would require deep concentration as well as self discipline then developed as a type of defenceless combat. Karate, on the other hand was developed from the battle techniques from Chinese kempo, Ryukyu Kingdom and from the Japanese art of fighting.

Movements from karate are actually linear in nature. It would require the person to strike, punch and kick. The movements would require doing crisps actions that are choreographed with a pause and go technique. In kung fu, movements are circular. They call this fighting type as soft form since when movements are executed, the person would still look graceful while inflicting pain in the battle. Though kung fu involves circular movements while karate involves linear movements, both would still yield the same power towards an opponent. Kung fu has also more styles as compared to karate. Most of these styles were derived from the stances of animals.

So how do you distinguish the person doing karate or kung fu by just looking at the attire? Usually, those who are doing karate are wearing a kimono type top that overlaps and are barefooted. The color of the kimono does not really matter but the color of the belt would indicate the level of the practitioner. Kung fu practitioners, on the other hand are wearing silk Chinese tops with buttons that are frog-style and soft flat shoes.

In totality, kung fu has more styles and techniques as compared to karate and movements are more circular in kung fu while karate leans toward linear movements.