Differences between khakis and chinos 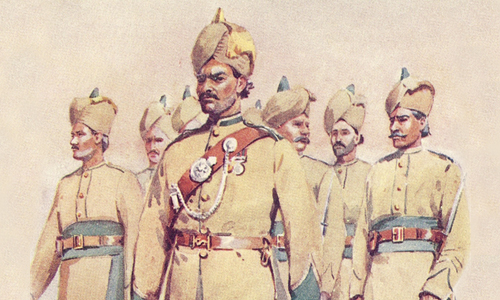 Many people use khakis instead of chinos when referring to a particular pant. The two are similar on some grounds but it must be noted that there are some differences as well. It is quite funny how not only common people but people from the fashion industry also use these word interchangeably. Not only this, some brands use the two words for the same product which is the most important reason for the confusion amongst their customers. The pants that are provided by some brands are labelled chinos/khakis or may be labelled differently in different stores but be exactly the same. Therefore, it is not always the fault of the consumers when they confuse the two with each other.

Let us begin with the history, that is, how the two originated. The first use of khaki pants can be traced right to the middle of the 19th century. Sir Harry Lumsden, a British officer, stationed in Punjab, India, refused to use the traditional uniform which included a red coat, white trousers and a bright tunic. The coat was made from wool which was not ideal owing to very high temperatures of Punjab. Lumsden chose to wear lightly woven bottoms which were more like pyjamas. He also chose the colour to be such that it would camouflage with the soil. This was when the word khaki was first used. Some say it is the Hindi word for soil whereas others say it originates from Persia. This soon became the uniform of the British officers. What referred to a colour, now became famous as a type of pant. Chinos also have a history, and that goes back to the American-Spanish war. At that time, American uniforms were being produced in China on the model of the khakis. In order to save cloth, the pleats in khakis were not copied but were replaced by flat fronts and lesser or no pockets. The fabric was made in such a way that it stretched easily. The material used was lightly woven cotton in order to keep the soldiers cool in the extreme heat of Philippine Islands.

Khakis became very popular in the United States after World War II. Civilians also started using it. Khakis are now available in garment shops almost everywhere around the globe. They are now even produced in various shades and styles. The traditional yellowish-brown, grey, brown, green etc. are some of the colours which are very popular amongst men these days. They are made from linen and sometimes cotton twill. Moreover, they have few to many pockets and come in pleated as well as flat front styles. Chemicals are also added to make them wrinkle-free. Moving on to chinos, soldiers continued to wear them after the war. There were those young men who went to college and spread the chino culture there as well. This is how chinos became more and more popular. They are different to khakis specifically due to their streamlined style. They always have flat fronts and a few pockets maximum. Unlike khakis which people prefer to get in light shades, chinos are available in almost all colours such as lime green and cobalt blue. As if this was not enough, the recent changes in fashion have led to people even wearing chinos that are bright red, bright yellow, orange etc. These chinos are available not only in normal garment shops and retail stores but are also provided by designer brands all over the world.

1. Khakis originate from the British soldiers in Punjab, India (Sir Harry Lumsden, used them for the first time); khaki refers to a colour similar to that of the dust in Hindi/Persian, later became famous as a type of pant; chinos originated in the American-Spanish war, in uniforms produced in China, to save cloth, pleats were removed from the khaki design

5. Only chinos have a streamlined style