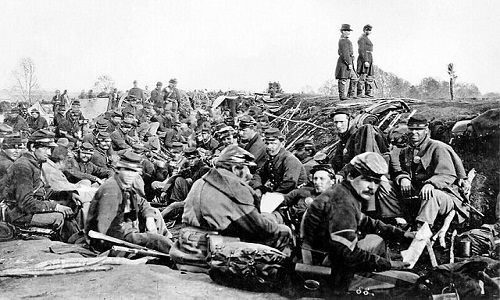 The period from 1945 to 1991 witnessed a continued state of political and economic conflicts between the Soviet Union and United States of America. Both of them never dared any direct clashes during this period, but they were indirectly fighting against each other through other means. Each found the other a threat, and therefore, adopted relevant strategies to safeguard own position.   This global confrontation of the two superpowers is called Cold War, a term coined by George Orwell, in his essay: “You and the Atomic Bomb”. Cold War started on the culmination of World War II, and marked its ending upon the collapse of the Soviet Union on December 25, 1991. But Civil wars are something else. It has been fought throughout the world on par with the human history. Most nations, either small or big, have been in the grip of a civil war, during the evolution of the civilization to the present day. The term “civil war” has its root in the Latin phrase “bellum civile”, which means the “war of the civilians”, and it dates back to the Roman civil wars occurred in the 1st century BC.

Subsequent to the War, animosity arose between the U.S. and the Soviet Union. They have become the super nations having specific ideologies and interests of their own. The American leaders convinced themselves that the Soviets were trying to dominate the world, and the Soviet leaders had the same feeling about the Americans. Though there was no detectable sign of conflicts between them from 1945 to 1991, the war was visible as arms race involving nuclear weapons, military alliances, economic warfare, proxy wars, propaganda and espionage, military coalitions, strategic deployment of forces, sanction of aids to the allies, space race etc.. The Cold War has led to several direct confrontations, as in the case of the Cuban Missile Crisis of 1962, Berlin Blockade and the Berlin Wall. The civil wars prompted by the Cold War caused severe bloodshed in the Greek Civil War, Korean War, Vietnam War, Afghanistan War and the conflicts in Angola, El Salvador and Nicaragua.

It was dreaded during the peak of the Cold War, when the situations escalated beyond control, that there would be an imminent nuclear holocaust, to take millions in the death toll. But, both the nations restrained and prevented problems from going bad to worse.   The aftermath of the cold war was that the United States remained the only superpower, at the cost of millions sacrificed in the proxy wars. It also changed the boundaries of some States and left a legacy, and became a focus on popular culture, especially in the motion pictures, and literature. The Cold War initiated a global network of materials and ideological support for perpetuating more civil wars, in economically fragile ex-colonial states that are not aligned with Warsaw Pact and NATO. The end of the Cold War was marked by the demolition of the Berlin Wall, the barrier that separated Berlin for nearly 3 decades.

A civil war relates to an intensified conflict often organized in large scale involving the armed forces, resulting in a great number of casualties and complete devastation of significant resources. Though the initiation of these wars can happen due to various reasons, the main cause is attributed to the government and its machineries. Many of the civil wars were fought to overthrow the existing governments and to bring new governments to power, as in the case of civil wars waged in Latin America during the mid 20th century. Also, there occurred civil wars to gain freedom from the controlling government, like the civil wars in Sri Lanka, Ireland, and the United States.

During the Cold War, it was seen that the duration of civil wars had increased drastically. Examples that underline this finding were the civil wars in Lebanon, Guatemala, and El Salvador. Many civil wars were fought between armies with disparities in funding and skill in warfare, resulting in the adoption of guerrilla warfare.   Guerilla tactics were used in the civil wars erupted in Latin America and the Middle East. The outcomes of a civil war depend mainly upon the motivation of the fighting segments, and the attitude and suppressing ability of the government force. Most often, these wars are either suppressed ruthlessly or allowed to end up in the treatise. Sometimes it may culminate in the complete overthrow of the government by the aggrieved and militant faction. Some nations preserve the civil wars in their history as in the case of the American Civil War.   Other nations do not take such initiatives to preserve their battlefields. Nations like Egypt and Cuba celebrate the days that commemorate the victories in their civil wars.