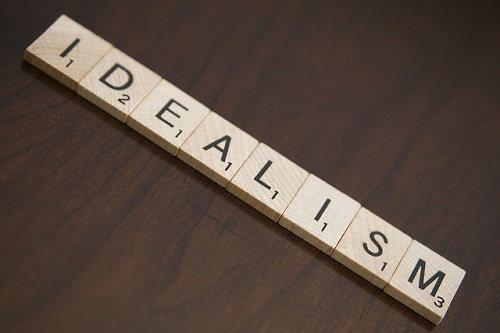 Scholars and academics have always tried to provide a comprehensive explanation on the dynamics that rule the relations among States and the possibility of cooperation among different countries. The basic assumption behind the construction of the major IR theories is that we live in an anarchic world. The lack of a centralized government or enforcement mechanism has posed many challenges to the definition and the support of international cooperation. In fact, while international institutions have flourished and international law has become more comprehensive, there is still no “international governance”.

Let us think about this concept for a moment: within a country, there is a government, a clear set of laws, a judiciary system and an executive apparatus. Conversely, at the international level there is no such thing as a superior centralized government, able to dictate rules and to enforce them. In the realm of foreign policy, relations are among States, and there is no guarantee that international rules and norms will be respected.

Indeed, in the international scenario, institutions and rules to regulate the dynamics among States have been created. The main ones are:

Such institutions deal with security, development, human rights, humanitarian assistance, and provide (or should provide) a common, neutral ground where negotiations and discussions among Members States can take place. However, States willingly give up part of their sovereignty and autonomy to become parties to such organizations and to abide by their rules.

Yet, despite the existence of such bodies, the lack of a centralized government or enforcement mechanism has posed many challenges to the definition and the support of international cooperation.

The major difficulty that the world anarchy presents is the “Security dilemma”. This term refers to a situation in which actions by a State that aims to increase its security (i.e. creating alliances or increasing its military strengths) are perceived as a threat by other States. Such dynamics and perceptions lead to an increase in tensions that may result in a conflict.

The Security Dilemma can be articulated in three main points.

Many scholars have dealt with the assumption of an anarchic world and the consequent insurgence of the Security Dilemma. It is interesting to note that from the same starting point, opposite outcomes have been reached. The two main opposed perspective are realism and idealism (or liberalism) – that have, then, evolved into neorealism and neoidealism (or neoliberalism).

Hobbes[1], Machiavelli and Moregenthau – the most prominent realist scholars – had a clear and pessimistic view of the world. In fact, classical realists viewed States – and human beings – as selfish and egoistic entities whose only goal was power and survival in an anarchical society. For instance, according to the classical scholars, States lived in a status of war against each other and every action was dictated by self-interest and struggle for power.

In the realist perspective:

While maintaining the skeptical stance of the realist perspective, neorealists accept the existence of an international structure that constrains States’ behaviors.

The exponential growth of international institutions is undeniable and under everyone’s eyes. Therefore, neorealists cannot claim that the possibility of creating international organizations is an illusion. Yet, they believe that institutions are a mere a reflection of the distribution of power in the world (based on self-interested calculations of great powers) and that they are not an effective way to solve the world’s anarchy. On the contrary, according to the neorealist perspective, the institutionalized structure of our anarchic world is the very reason why States are egoistic and selfish.

Idealism (or liberalism) has a more positive perception of the world of international relations and, according to this perspective, international institutions play a pivotal role in the creation and maintenance of a peaceful international environment.

The idealist theory has its roots in Kant’s belief that there is the possibility of perpetual peace among States[2]. According to Kant, human beings can learn from their past and their mistakes. In addition, he believed that an increase in trade, in the number of international organizations and in the number of democratic countries in the system could lead to peace.

In other words, Kant (and the idealist perspective) believe that:

As in the case of realism and neorealism, neoliberalism (or neoidealism) is the recent elaboration of classical idealism[3].

Keohane, one of the main scholars of the neoliberal tradition, identifies the three main strands of this perspective[4]:

As we can see, the three pillars of the neoidealist perspective are an elaboration of the Kantian’s theory.

The different approaches used to analyze International relations offer quite different interpretations of the dynamics that regulate States’ behavior in the international environment.

It is important to note that both realism and idealism attempt to deal with the anarchy of the international system. The main problem of an anarchic system is the Security Dilemma: the absence of a centralized government implies that countries fear other countries may cheat and the lack of reliable information leads to a subjective vulnerability. As we have seen, the two perspectives have the same starting point but their outcomes are very different.

The first entirely refuses the idea of cooperation and peace among States. Global harmony cannot be reached because of the very nature of countries and human beings that are seen as egoistic, brutal and selfish entities. Even the neorealist perspective – that accepts the existence of international institutions – believes that the structure of the international order is a mere reflection of game powers among countries, and not a genuine attempt to create peaceful relations.

Conversely, the second accepts the possibility of a global cooperative environment enabled by the increase in trade and by the creation of international institutions that play the role of information providers and that reduce the likeliness of cheating.