Difference Between Hinduism And Sikhism 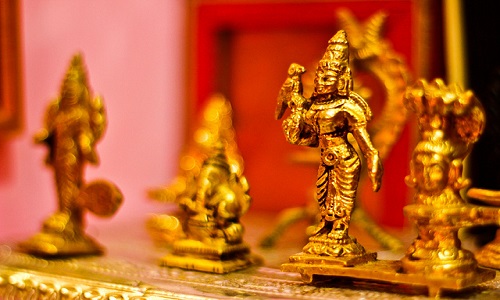 The Differences Between Hinduism and Sikhism
Introduction
Even though India is the birthplace of Sikhism and Hinduism, each of these belief systems has distinct values and religious practices. Sikhs follow the precepts of faith that were put forth by Guru Nanak Dev Ji, who was born in Talwandi, Northern India, in 1498 (Kaur-Singh, 2011). Hinduism also originated from Northern India. However, it is based on a system of values and principles that evolved from tribes that lived in that area more than 40 centuries ago (Narayanan, 2010). Hinduism was not founded by a singular individual, and did not develop a distinctive creed on the spiritual responsibilities of man, or the path of salvation.

Differences Between Hinduism and Sikhism
There are numerous differences between Hinduism and Sikhism. Hinduism constitutes of a set of beliefs which include traditions and rituals that should be observed by the Hindu believer for the length of his or her life. These rituals and traditions have to do with the ritual of worship, the concept of reincarnation and the final unity of the atman, or true self, with Brahma. They also include the worship of several gods and goddesses through enlightenment (moksha), which can be achieved by meditative practices such as yoga (Narayanan, 2010). The founder of Sikhism, Guru Nanak Dev Ji, taught that there are different paths that can be used to draw near to god. He emphasized, though, that it is only by constantly meditating on god that individuals can draw near to him (Kaur-Singh, 2011). While Hindus worship several gods and goddesses like Kali, Brahma, Ganesh, and Durga, Sikhs worship only one god.

Sikhs regard the writings and teachings of Guru Nanak Dev Ji, which are referred to as Guru Granth Sahib, as the sacred texts that god provided to lead them to closeness with him (Ballantyne, 2002). In contrast, Hinduism is based on the four Vedas that were written between 1200 BCE and 100 CE (Narayanan, 2010). When Sikhs visit the temple, they do not worship the founder of their religion when they bow their heads, but rather do so to show respect to god. According to Moliner (2007), Guru Nanak Dev Ji taught that believers should focus on the goodness of god, rather than find ways to glorify aspects of their religion.

Guru Nanak Dev Ji also added that Sikhs do not have to abstain from food for long periods or even embrace a monastic life to attain salvation, as remembering god in all moments of life is all that is necessary to create a relationship with him. Hinduism has a different theory of salvation, as it embraces the concept of attaining moksha through several practices that have been recommended by the Vedas and sages. According to Narayanan (2010), moksha, or salvation, can be attained through the observance of religious duties, the regular performance of acts of worship such as Puja, the use of yoga techniques to achieve harmony in the soul, and the process of reincarnation.

While Hindus are prohibited from eating meat, Sikhism does not impose such dietary restrictions on Sikhs. Even though there are sects in Sikhism that exhort Sikhs to become vegetarians, it is evident that Guru Nanak Dev Ji left this subject to individual discretion (Ballantyne, 2002). Hindus revere their saints and enlightened teachers more than Sikhs do. Many Hindu temples have idols of famous Hindu saints like Baba Lokenath, Chaitanya Mahaprabu, and Ramakrishna; and Hindu believers revere these idols just as they do the idols of gods and goddesses (Narayanan, 2010).

Sikhism does not authorize the worship of any individuals, and Sikh temples do not contain the idols of famous Sikh teachers. Another difference between Sikhism and Hinduism has to do with caste systems. While Hindu society is characterized by different castes with different levels of prominence, Sikhism, as taught by Guru Nanak Dev Ji, promotes the concept of equality regardless of gender, caste, class or ethnic background.

Conclusion
There are numerous differences between Sikhism and Hinduism, even though both of these religions originated from Northern India. In the first place, Hinduism came into existence more than 30 centuries ago, while Sikhism came into being just 5 centuries ago. While Sikhism promotes the worship of a single god, Hindu believers worship a multitude of gods and goddesses. Hindus and Sikhs also have different worship practices and beliefs about the true path of salvation.