5w20 and 5w30 are the two most common engine oil types used in vehicles. There is a confusion in the understanding of these oil types to an extent where others use them interchangeably. There is, however, a significant difference in the oil types which is mainly attributed to their viscosity – that is, the ability to flow or the thickness of the oil to flow against friction.

Given this difference in viscosities, these oil types are best suited for use in different conditions. The article unfolds the key differences between 5w20 and 5w30.

5w20 is common engine oil type well suited to colder climates. The number before the “W” refers to the viscosity rating of the oil in winter (W), whereas the number “20” after “W” is a reference to a 20 weight oil in warmer temperatures. In other words, 5w20 lubricates the engine like a 20 weight oil. 5w20 works well during low and freezing temperatures as it experiences less friction and drag to flow to deeper engine components because it is thinner. The higher the number the higher the viscosity hence 5w20 flows more freely than the 5w30. 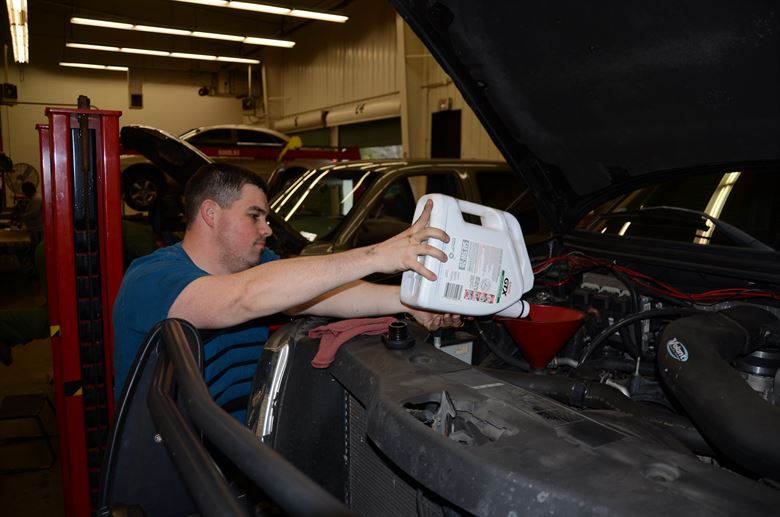 5w30 is renowned as the best engine oil at warmer temperatures when compared with the 5w20. It is the oil type characterized by higher viscosity – that is, its thickness. It experiences lots of friction and more drag when flowing. As a result, it takes time to lubricate the engine parts in colder climates. An engine running on 5w30 may experience delays to start during winter. It may, moreover, experience hiccups. A thicker engine oil is not preferred during colder climates because of its inability to flow readily and quickly to all engine components in a short period of time. As a result, fuel efficiency will be compromised.

When the engine has heated to normal operating temperatures or the vehicle is driven in hotter environments, the 5w30 is a preferred engine oil type. This is due to its thickness which gives the overall protection to engine parts and a better performance. Its counterpart 5w20 would breakdown in summer temperatures. The meaning of the formula XwY in 5w30 is the same as with the 5w20. The 5 before the “W” refers to the viscosity rating in winter and the 30 refers to its lubrication as compared to a 30 weight oil in warmer conditions. The higher the number the higher the viscosity hence 5w30 is thicker than the 5w20.

Both engine oils, 5w20 and 5w30, have the same design of viscosity during winter but differs with the weight during warmer temperatures. 5w20, despite the same design of viscosity, thins out more given less friction in the engine components. There is not necessarily a clear winner between these engine oils as they perform better in different climates. In a long run, 5w30 tends to have more benefits as it gives an overall protection versus slower startups in colder climates. 5w20, on the other hand, would expose the engine parts to wear as it breakdown quickly due to its thinness in hotter climates.

5w20 works well in colder climates. It enables the vehicle engine to start quickly as it flows quickly and smoothly to deeper engine components with less friction. It lubricates the parts quickly. 5w30, on the other hand, is working efficiently in hotter climates. It does not thin out quickly due to an exposure to heat compared to 5w20. As a result, 5w30 gives a better overall protection to the engine components in normal operating temperatures.

These two engine oils perform efficiently in their designed climates. 5w20 is a champion in colder climates with quicker engine startups because of its low viscosity and less friction in the engine parts. 5w30 is also a champion in hotter climates where a thick oil is needed to withstand the higher temperatures. The engine will inevitably get hotter and thus requires a more viscous oil. In colder climates, 5w20 is linked with fuel efficiency and better performance while 5w30 is linked with a better overall protection of the engine components. 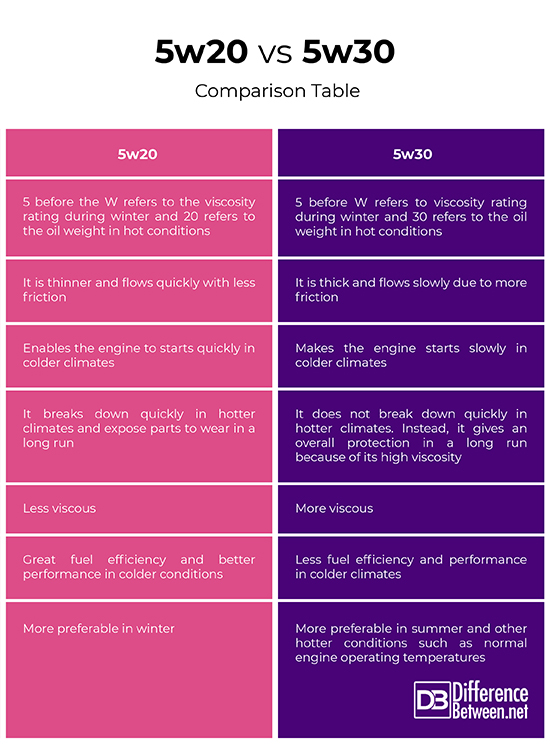