Difference Between Cocoa and Chocolate 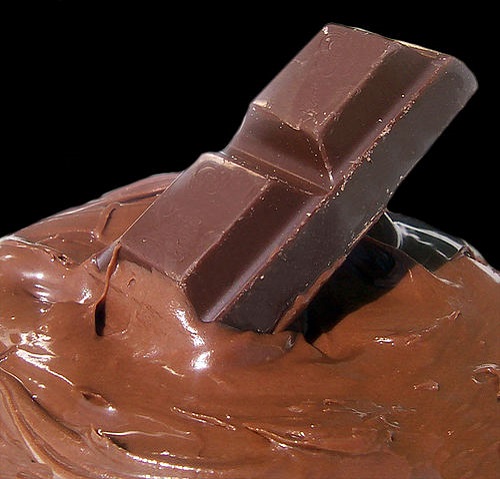 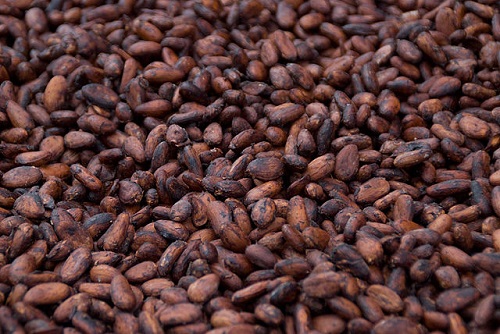 Cocoa and chocolate are two by-products of the cacao tree, Theobroma cacao, and its beans. Cacao beans are fermented, roasted, shelled, ground, and turned into paste,  which can then be made into either cocoa or chocolate. Both names are also associated with popular drinks made from these substances.

Due to the absence of the cocoa butter, cocoa is considered as a healthy product or drink since it has fewer calories, fat, and sugar, but is full of antioxidants. As a drink, cocoa is mixed with either milk or hot water with the addition of a sweetener. Cocoa is also known and used as a descriptive name for a color that exists between moderate and reddish brown.

The word “cocoa” is a metathesis of the Spanish “cacao.”

Chocolate has many variations: raw, unsweetened, dark, sweet, semi-sweet, milk, white, and compound. There is also a lot of variety in the forms chocolate can take; it can come in small beads, bars, liquid, or powdered.

Hot chocolate is almost the same as hot cocoa, except for the base ingredient. Instead of cocoa, chocolate is used. Chocolate is also a term to describe a color that characterizes a medium to dark brown color.

“Chocolate” comes from the Spanish adaptation of the Nahuatl/Aztec word “xocolati.” Xocolati literally means “bitter water.” It was the ceremonial drink that the Aztecs considered as the food of the gods. The drink is a diluted cacao paste with spices and peppers.

1.Cocoa and chocolate are two products derived from cacao beans after the beans have been processed. Cacao beans are fermented, roasted, shelled, and ground.
2.The main difference between cocoa and chocolate is the absence or presence of cocoa butter. In cocoa, cocoa butter is little to non-existent. In contrast, chocolate contains cocoa butter.
3.Cocoa butter affects the nutritional value of both cocoa and chocolate. Since there is little to no cocoa butter in cocoa, it is considered as a healthy drink due to its lower sugar and fat content. Cocoa is also full of antioxidants.
4.Meanwhile, chocolate, which contains cocoa butter, has a higher fat and sugar content. It also contains a smaller number of antioxidants compared to cocoa.
5.Cocoa is often seen and used in powder form. It is often dark and bitter to taste, which leads to its classification either as Dutched (a process that makes the powder lighter and less bitter) or natural. On the other hand, chocolate has many forms: powder, liquid, small balls, bars, etc. In addition, chocolate has many classifications – unsweetened, dark, white, milk, sweet, semi-sweet, compound, and raw.
6.Both terms are also associated with colors. Cocoa is described as a color between moderate to reddish brown, while chocolate is a color between medium to dark brown.
7.Both words are Spanish derivatives from the Nahuatl or Aztec words. “Cocoa” is a metathesis from the Spanish “cacao,” while chocolate is a direct Spanish adaptation of the Nahuatl word “xocolati” (literally meaning “bitter drink”).