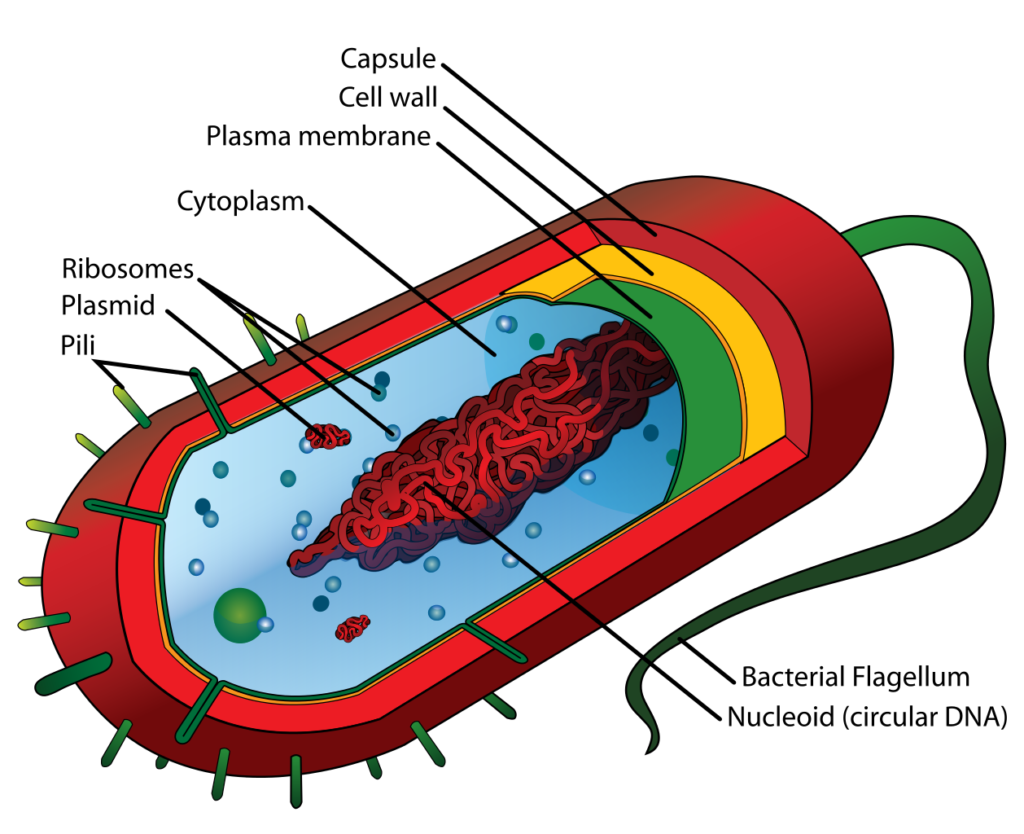 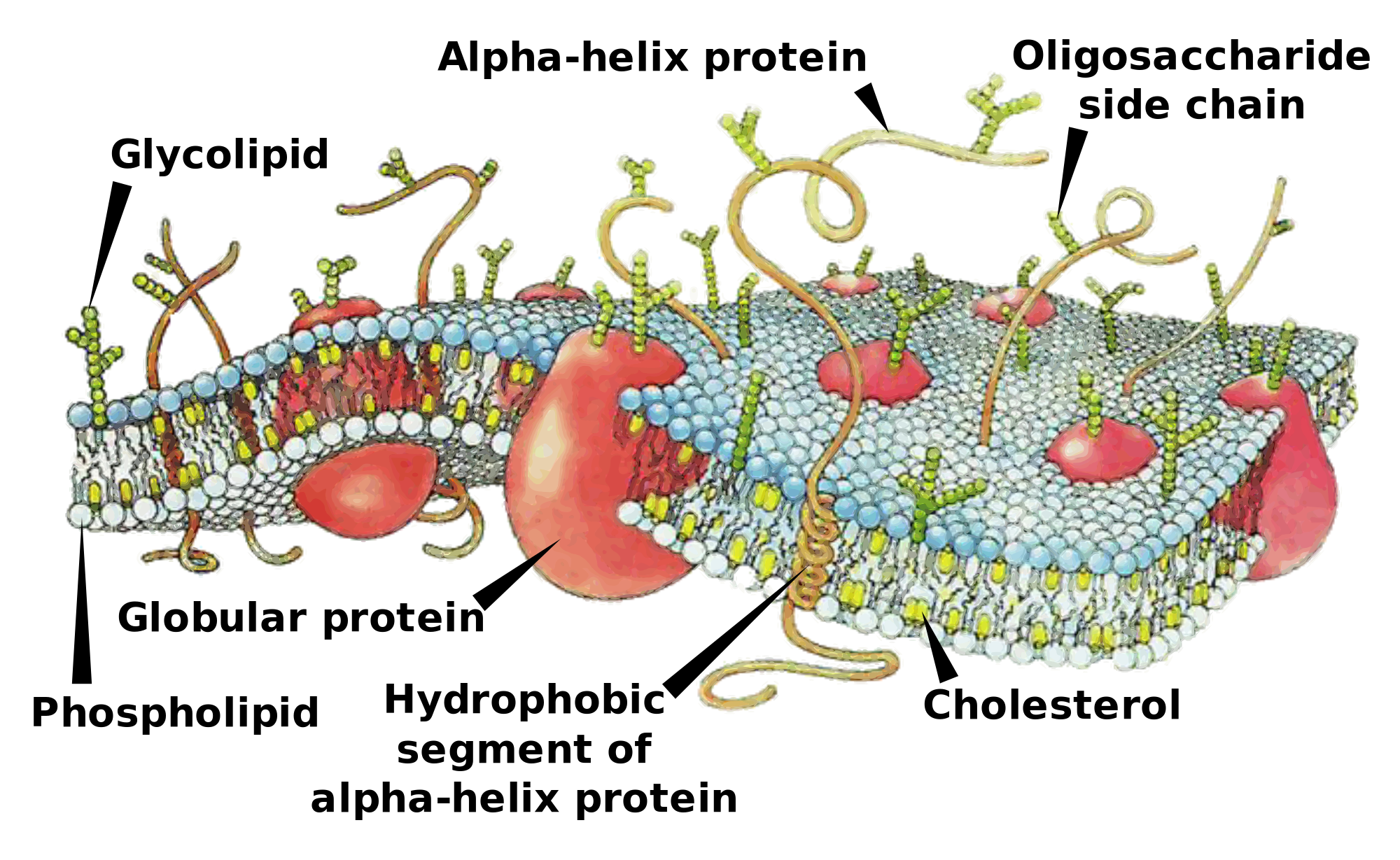 What is Cell Membrane ?

The cell membrane is a type of plasma membrane that encloses the entire contents of a cell, including the cytoplasm and all the organelles.

Animal cells however have no cell wall and the cell membrane is the barrier between the inner contents of the cell and the external environment.

The membrane is selectively permeable, due to the presence of the lipids which are hydrophobic (repel water). The phosphate heads are hydrophilic (do not repel water) in comparison with the lipid tails.

The lipid tails are glycerol molecules. Other lipids in the membrane include cholesterol which helps provide some stiffness and support to the membrane.

A cell membrane is important in cytokinesis during cell division. In some organisms the membrane is modified with cilia for feeding and movement.

Knowledge of the structure of the cell membrane of microbes has allowed researchers to develop antimicrobial agents to attack pathogenic bacteria and fungi. 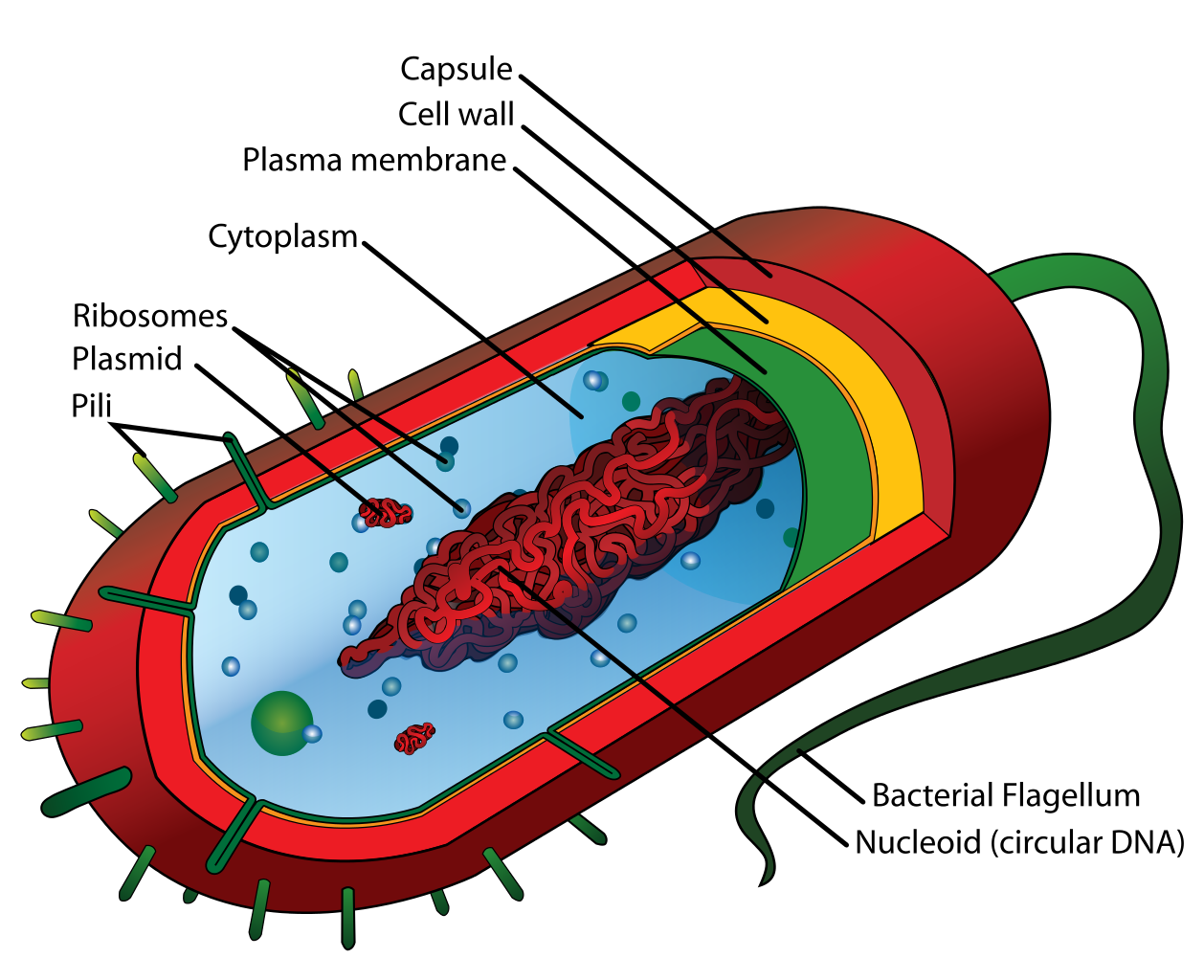 What is Plasma Membrane?

There are plasma membranes found surrounding both the cytoplasm and contents of a cell and surrounding individual organelles such as chloroplasts and mitochondria.

This means that plasma membranes have several different functions depending on where they are located.

The structure of the membrane can vary depending on what it surrounds, whether that is the entire cell or an organelle in the cell.

Plasma membranes always provide a degree of protection regardless of what structure they are surrounding, and many also play a role in phosphorylation reactions.

A plasma membrane surrounding an organelle will have slightly different functions depending on what organelle it is enclosing.

Organelle plasma membranes still have selective-permeability and carefully control what substances pass into and out of an organelle, but the type of molecules needed by the organelle will differ.

The molecules that need to enter and leave a mitochondria compared with a chloroplast for instance, will be different at times because the organelles have different functions.

While a cell membrane is always involved in helping regulate tonicity, this is not the case for all plasma membranes.

The cell membrane helps protect the cell from bacterial and viral intrusion, while other plasma membranes inside the cell do not have this function.

Phospholipids in the cell membrane play a role in cytokinesis during cell division. This is not the case with plasma membranes that are not cell membranes. 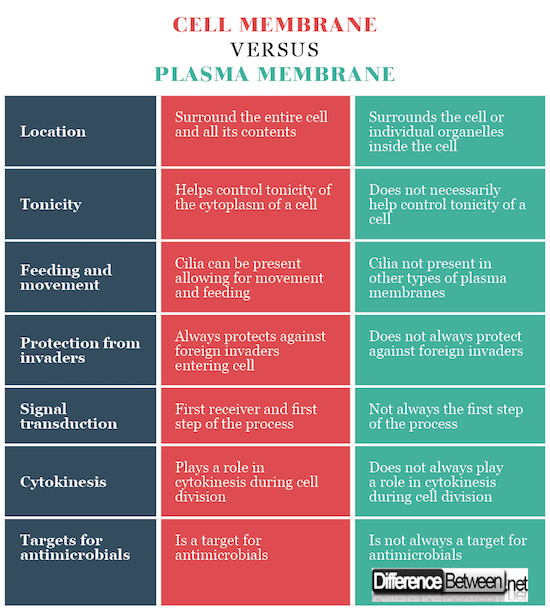