Difference Between Endotoxins and Exotoxins 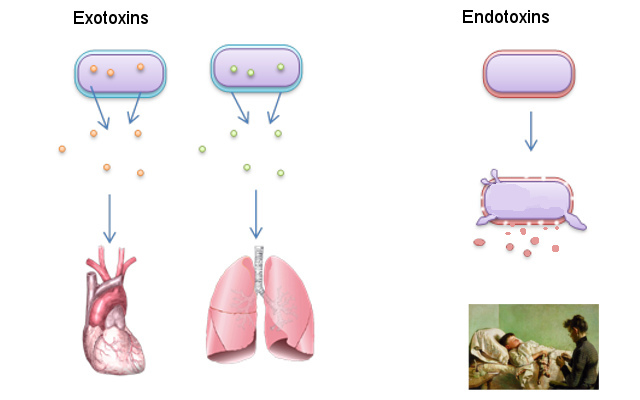 Toxigenesis involves production of toxins by pathogenic bacteria. It is one of the major methods of giving birth to diseases and medical disorders by bacteria. 2 categories of toxins that lead to various infections and diseases include; endotoxins and exotoxins and they are different based on their chemical nature. Endotoxins are bacterial toxins consisting of lipids (lipopolysaccharides) and exotoxins consist of proteins.

Endotoxins show less potency and are not very active on their substrate. They exhibit heat stability. Outer wall of bacteria is impenetrable to bigger molecules and molecules that cannot dissolve in water and safeguard from the outer environment.

These toxins are a part of this safeguarding activity. It has sticking function on a host during the time of colonization. Also, endotoxins show poor antigenicity.

Exotoxins possess more toxicity as compared to endotoxins and they are distinguishing to certain bacteria strains. Exotoxins cause diseases only specific to that contamination. For e.g. Clostridium tetani forms tetanus toxin. There exist 3 major categories of exotoxins: Enterotoxins, neurotoxins and cytotoxins. These types indicate about the location of activity. Enterotoxemic activity can be seen on Gastro intestinal tract. Neurotoxins exhibit their functions on neurons and Cytotoxins destruct the host cell functioning. Some of the health disorders caused by exotoxins include Cholera, tetanus and Diphtheria. Antigenicity in exotoxins is quite high. Exotoxins trigger the immune system and secrete antitoxins to nullify the toxin. 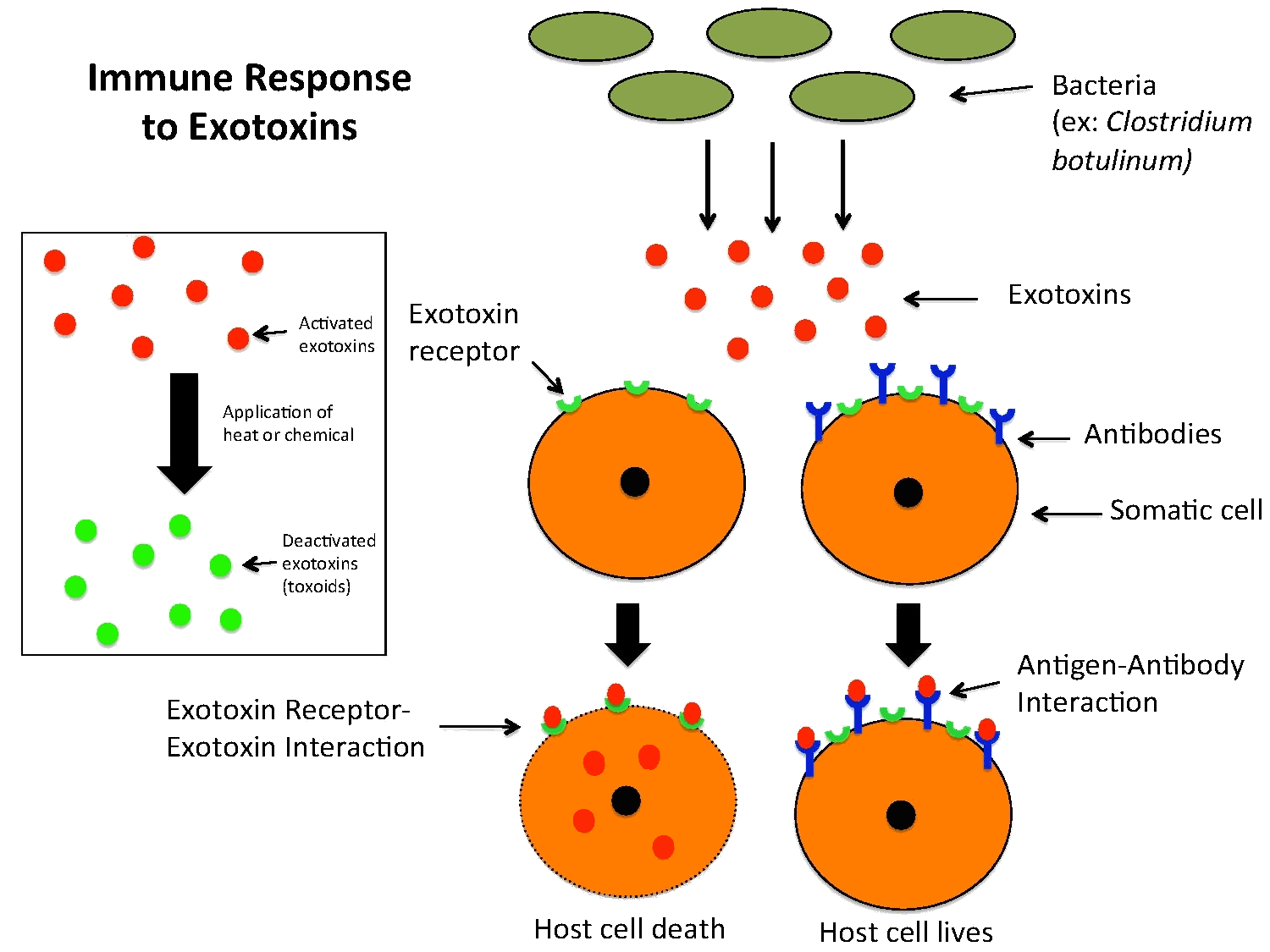 Difference between Endotoxins and Exotoxins

Chemical nature of Endotoxins and Exotoxins

Endotoxins are also known as Lipopolysaccharides of gram – bacteria. Endotoxins consist of 2 components possessing different physical and chemical characteristics: a hetero-polysaccharide and a covalently attached lipid, named lipid A.

Exotoxins are toxins secreted by bacteria and chemical composition is of proteins.

Enzymes in Endotoxins and Exotoxins

Source of Endotoxins and Exotoxins

Endotoxins are secreted by the cell membrane of the gram – bacteria only after lysis of the cells. Endotoxins are integral part of cell wall.

Exotoxins are secreted by certain gram + and gram – bacteria

Location of Endotoxins and Exotoxins

It is present inside the cell membrane and releases only after lysis of gram – cell wall.

It is secreted outside the cell by both gram + and gram – bacteria.

Mode of action involved in Endotoxins and Exotoxins

Heat stability of Endotoxins and Exotoxins

Exotoxins can get destroyed at 600-800C (heat liable). They are unstable except Staphylococcal enterotoxin.

Exotoxins are extremely immunogenic. They trigger the humoral responsiveness (antibodies target the toxins). By stimulation of the immune system, exotoxins secrete antitoxins to neutralize the toxin

Toxoids cannot be made and there are no vaccines available.

Located in LPS of outer sheath of cell wall and secreted with harming of cell or at the time of the cell multiplication.

Summary of Endotoxins vs. Exotoxins

The points of difference between Endotoxins and Exotoxins have been summarized below:

Comparison Table for Endotoxins and Exotoxins