Difference Between Aftershave and Cologne 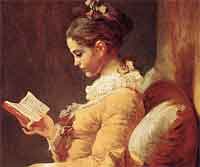 Men’s skin care is a topic that’s as sensitive as its feminine counterpart. To have the most gorgeous and healthiest skin, men should know what products they’re applying on their skin. It’s really not solely on using the most expensive product; rather it is more on making the correct decision as to which skin care product is best for you. In this connection, do you know when to use aftershaves? How about colognes?

As the name implies, aftershaves are products that are used (particularly by men) after they shave. Especially that the skin of the face is a very sensitive area, men must know what aftershaves really are.

Basically, aftershaves are meant to heal the worn out skin. Because the shaving action of the sharp blade can wear off the outermost skin lining, aftershaves are designed to contain antiseptics that heal the skin surface. Moreover, most aftershaves have an anesthetic which numbs the area during the healing process.

They come in three forms: gel, liquid and lotion (also known as balm). Some aftershaves are manufactured with special added ingredients like a skin moisturizer and perfume for added fragrance. However, for the most sensitive skin types it is recommended to use the pure aftershave that doesn’t contain any additional fragrances.

To close off the semi-opened skin pores, aftershaves are also designed to be an all-in-one astringent. This helps in closing the pores so that bacteria can’t penetrate easily. The liquid aftershaves are said to contain the most astringent (alcohol-based) content that’s why you must expect it to sting a little upon its application.

On the other hand, colognes are very different from aftershaves. Shortcut for Eau de Cologne, cologne is the term used to describe any form of fragrance in general. It is said that the purest colognes contain 2% to 5% essential oils. These oils make the product more adept for men’s use although many women also use it. Because of this nature, cologne is basically meant for making someone smell nicer. It ordinarily doesn’t contain any additional components like skin moisturizers and astringents. Depending on the type of cologne and its relative strength, some fragrances last for an entire day while most will wear off in half a day’s time.

1. Aftershaves have multiple functions for the skin like for soothing purposes, softening and skin repair while colognes are primarily used as fragrances to make the user smell better.
2. Colognes are more expensive than aftershaves because of the essential oils added to the product.
3. Aftershaves are applied on areas that are usually shaved like the face while colognes are usually placed at strategic points of the body like on the neck, pulse centers and many other areas.