Difference Between Antacids and H2 Blockers 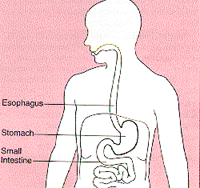 Most people know what antacids are. Yes, they are the drugs or substances that can neutralize the stomach’s acidic environment. However, the public in general have started to accept this term as the name for all anti-acid drugs when in fact it is not. People who are less familiar with acid-decreasing medications tend to use the term antacid as it is much simpler compared to H2 Blockers and Proton Pump Inhibitors. Well, the latter drugs are the other anti-acidity type of medications that almost have the same function as antacids but differ in their mechanisms of action.

Antacids are substances that tend to counteract the acids of the stomach. Hence, they are more or less bases (the opposite of acids) or basic substances. When the stomachs’ overall acid pH goes dangerously down, the person can feel a little pain at the epigastric area because of too much acidity. This is where antacids come in. They elevate the gastric pH to restore the ideal pH level that is just acidic enough. Famous antacids are Maalox suspensions and Calcium Tums.

On the other hand, an H2 blocker’s mechanism of action is very much different from that of antacids. It actually blocks the action of histamine on the gastric wall. This histamine supposedly acts on the wall’s parietal cells making it produce more acid. By blocking it, H2 blockers tend to reduce acidic secretions from the said cells. That is why these drugs are technically known as H2-receptor antagonists. The most well-known H2 blockers are Cimetidine and Rantidine.

Because both classes of drugs are related, they are intended for use for the same cases of dyspepsia and stomach ulcers although their effectiveness has long been surpassed by another group of acid fighters termed as proton pump inhibitors (PPI).

In terms of drug to drug interactions antacids have been observed to decrease the bioavailabilty (the fractional drug dose that goes to the body cells) of some drugs like tetracyclines when used altogether in cases of unstable gastric pH levels.

On the other hand, Cimetidine has been given much criticism because of its inherent ability to affect the body’s normal speed of use (metabolism) and excretion of some drugs by inhibiting some important enzymes of the body like P450. In this regard, drugs like warfarin, lidocaine, calcium channel blockers and many others are carefully administered because Cimitidine may tend to increase these drugs’ serum levels if given concomitantly (altogether).

Summary:
1. Antacids raise the stomach’s pH level through an acid neutralizing effect to counter acidity whereas H2 blockers inhibit the action of histamine to prevent some stomach cells from producing too much acid.
2. Antacids have a serious issue when given alongside tetracyclines whereas patients using H2 blockers must carefully monitor the blood levels of some drugs administered with it like lidocaine and warfarin since H2 blockers tend to increase the serum levels of other drugs.