Difference Between Miscarriage and Period 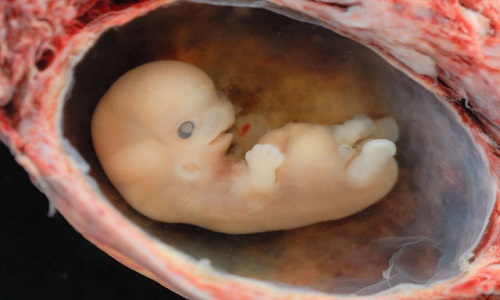 It is very difficult to differentiate between an early miscarriage and a period that has come later than usual. Every woman has her monthly cycle at an interval of 28 days. In some the interval may be shorter and in others it may be longer. However the cycle or bleeding comes almost at the same time every month. In case the cycle is delayed by 1- 2 weeks, a pregnancy can be suspected especially if the woman is sure that she had had an intercourse during her ovulation time. In such instances if heavy vaginal bleeding occurs, it can pin point towards a miscarriage. There are certain signs that can help differentiate between a miscarriage and a heavy menstrual flow. Let us try and understand them.

A woman in the reproductive phase undergoes certain hormonal changes every month which is known as the menstrual cycle. The ovary produces the ovum or the egg that is released into the fallopian tube. Here it waits for the sperm to fertilize it. This is called as the ovulation phase of the cycle which falls between 12-14th day of the cycle. Simultaneously the uterus prepares itself for an anticipated pregnancy by increasing the thickness of the endometrial lining.

If a sexually active female has intercourse during this ovulation phase, there are chances that the sperm may enter the vagina and swim towards the ovum to fertilise it. When the sperm fertilises the ovum, zygote is formed which then implants itself into the thickened vaginal wall.  A woman will experience no menstrual flow after the 28th day as the pregnancy has been established. A home pregnancy test done approximately 2 weeks after the missed period will confirm the pregnancy. Sonography done around 7-9th week may show a small foetal sac and pick up heartbeat.

In case the woman has not had any sexual contact, there is no pregnancy; the endometrial lining begins the process of shedding. The unfertilised ovum and the extra endometrial tissue are then released from the body around the 28th day of the cycle in the form of normal vaginal flow that lasts for 3-5 days. After which the cycle begins again.

What happens in a miscarriage?

When the pregnancy terminates before 20 weeks it is known as a miscarriage. Most pregnancies terminate around 6 to 11 weeks when the foetus is very small. Many women are not even sure whether they are pregnant. At times due to certain chromosomal abnormalities the foetus is not strong enough to last for the whole 9 months and so dies early. The body sheds of this dead foetus and other pregnancy related tissue of the uterus in the form of blood flow through the vagina. If the woman knows that she was pregnant (confirmed by a home pregnancy test and pelvic ultrasound) and then experiences this unaccepted flow, she is sure it is a miscarriage. But if the woman hasn’t undertaken a pregnancy test and experiences late menstrual flow (delayed by 2-4 weeks), there is always a doubt whether it is a miscarriage or a late period.

Subtle differences between a miscarriage and a delayed period

A pelvic ultrasound and blood HcG tests are two ways to determine if there was a pregnancy in case of any confusion. The ultrasound may reveal and empty sac or show other products of conception. The level of HcG in the blood may be elevated if there had been a pregnancy. These two lab tests can help differentiate between a delayed period and an early miscarriage with more certainty.