Difference Between Syndrome and Disease 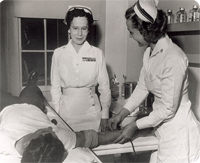 The terms disease and syndrome can puzzle you every time you go to a doctor. Are the two terms different? If so, what are the differences between the two words?

The basic difference between the two terms relates to the symptoms that they produce. A disease can be defined as a health condition that has a clearly defined reason behind it. A syndrome (from the Greek word meaning ‘run together’) however, may produce a number of symptoms without an identifiable cause. They may suggest the possibility of an underlying disease or even the chances of developing a disease.
Let us take up an example. A metabolic syndrome is not a disease. It may indicate an underlying disease like that of type 2 diabetes or a heart disease.
Even polycystic syndrome is not a disease. Rather, it is an indication of a number of other factors that may be malfunctioning in the body-e.g., a hormone disorder or obesity.
A syndrome refers to a group of symptoms, while a disease refers to an established condition.

A disease a condition that is marked by 3 basic factors.
1.An established biological cause behind the condition
2.A defined group of symptoms
3.Consistent change in anatomy due to the condition
A syndrome does not have any of these features. Even the symptoms that are present are usually not consistent, and definitely not traceable to a single cause.

The reason behind most syndromes has still not been identified. For this reason, they are a type of medical mystery. In contrast, the reason or cause behind a disease can be identified very easily.

The tricky part is, some diseases may cause a particular syndrome, so you should be very careful about your doctor’s diagnosis. Though all syndromes are not indicative of a disease, some diseases like mental ones may manifest themselves in the form of some syndromes.

Since the reason behind most syndromes cannot be found, they are tackled in a definite manner. The doctor may prescribe you temporary medications that help control your symptoms. For instance, the reasons behind a chronic fatigue syndrome have never been established. The doctor may tackle the symptoms by ‘assuming’ that they are being caused by certain factors. You may be treated likewise. This would never happen in the case of a disease. In a disease, there is a definite diagnostic procedure and treatment that accompanies every condition.