Difference Between Circle and Sphere 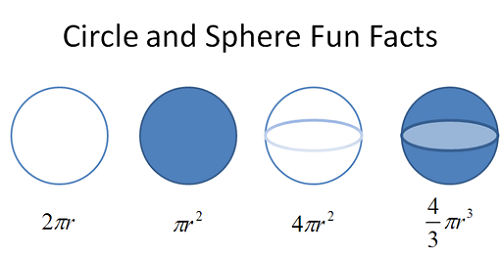 The earth on which we live on can remind us of a circle, although not entirely a perfect one, and its’ area on which the human population is situated on, in this case, can be identified with a sphere. Therefore the geometry of circles and spheres has its broad application in every field of science, starting from, as an example – in geography, geology and geodesy. Spherical shapes can indeed be found at various places in nature, and because of the human curiosity, there is a need for their description.

А circular line is a set of points in а plane with the property that all of the points of that line are on an equal distance r of a fixed point of that plane called the center of the circular line. Every line which connects the center with some point of the circular line is called a radius, and the number r is the length of the radius of that circular line. In the literature the term circle, is probably, most often used. A circle is a special case of an ellipse. Ellipse can be defined as a geometric figure of the points in the plane with a constant sum of distances between two fixed points. In case of a circle these two points (center and focus) are the same. It is known that each circle has a unique set of three points that do not lie in the same direction. These points define the triangle edges, and the center of the circumscribed circle of this triangle is in the cross section of the bisection lines. The distance from the center to any of the three given points is the radius of the circle. Another way to determine a circle through three points is to write the general form equation of the circle, in a canonical (standard) or point-slope form, to include the coordinates of the given points and to solve the system. The area of a given circle with a radius r is equal to πr2.

Difference Between Circle and Sphere

Naturally, circle and sphere are figures that can be commonly found all around us. Although a real-world example of a circle is non-existent as there isn’t a zero width object in reality – some objects can be used to describe it – such as wheels, cd’s, coins. Examples of a sphere are maybe easier to find – tennis balls, planets, oranges, globes etc.