Difference Between Differential and Derivative

The concept of function is one of the most underrated topics in mathematics but is essential in defining physical relationships. Take for example: the statement “y is a function of x” means something related to y is directly related to x by some formula. Let’s say if the input is 6 and the function is to add 5 to input 6. The result will be 6+5 = 11, which is your output.

There are few exceptions in mathematics or you can say problems, which cannot be solved by ordinary methods of geometry and algebra alone. A new branch of mathematics known as calculus is used to solve these problems.

Calculus is fundamentally different from mathematics which not only uses the ideas from geometry, arithmetic, and algebra, but also deals with change and motion.

The calculus as a tool defines the derivative of a function as the limit of a particular kind. The concept of derivative of a function distinguishes calculus from other branches of mathematics. Differential is a subfield of calculus that refers to infinitesimal difference in some varying quantity and is one of the two fundamental divisions of calculus. The other branch is called integral calculus. 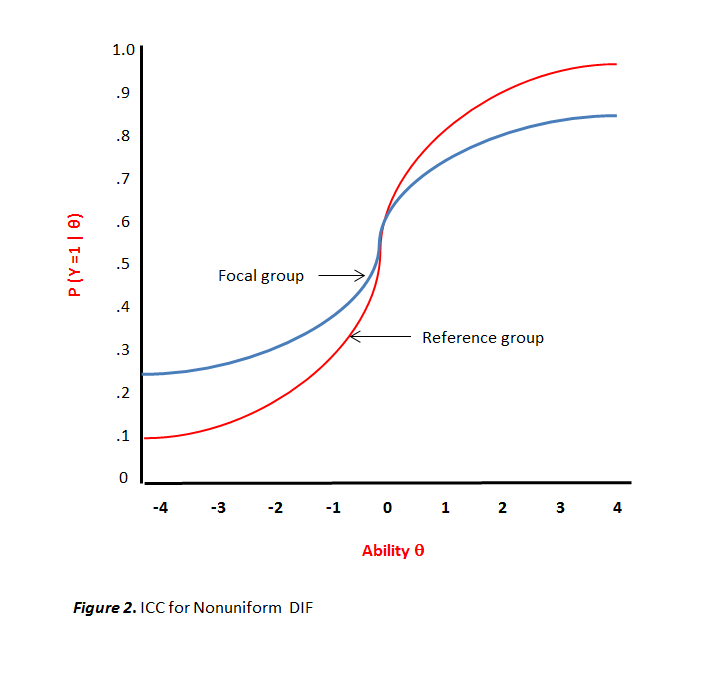 Differential is one of the fundamentals divisions of calculus, along with integral calculus. It is a subfield of calculus that deals with infinitesimal change in some varying quantity. The world we live in is full of interrelated quantities that change periodically.

For example, the area of a circular body which changes as the radius changes or a projectile which changes with the velocity. These changing entities, in mathematical terms, are called as variables and the rate of change of one variable with respect to another is a derivative. And the equation which represents the relationship between these variables is called a differential equation.

Differential equations are equations that contain unknown functions and some of their derivatives.

In simple terms, derivative is the rate at which function changes at some particular point.

Difference between Differential and Derivative

Definition of Differential Vs. Derivative

Both the terms differential and derivative are intimately connected to each other in terms of interrelationship. In mathematics changing entities are called variables and the rate of change of one variable with respect to another is called as a derivative.

Equations which define relationship between these variables and their derivatives are called differential equations. Differentiation is the process of finding a derivative. The derivative of a function is the rate of change of the output value with respect to its input value, whereas differential is the actual change of function.

Relationship of Differential Vs. Derivative

Differentiation is a method of computing a derivative which is the rate of change of the output y of the function with respect to the change of the variable x.

Representation of Differential Vs. Derivative 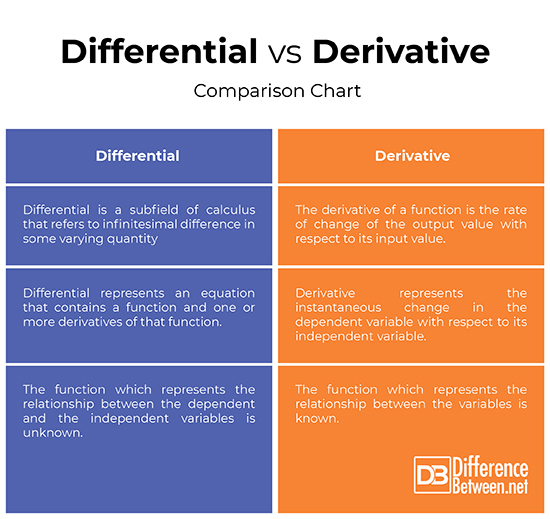 Summary of Differential Vs. Derivative

Outside his professional life, Sagar loves to connect with people from different cultures and origin. You can say he is curious by nature. He believes everyone is a learning experience and it brings a certain excitement, kind of a curiosity to keep going. It may feel silly at first, but it loosens you up after a while and makes it easier for you to start conversations with total strangers – that’s what he said."
Latest posts by Sagar Khillar (see all)
Share Tweet Pin Mail
Categories: Mathematics & Statistics
Tags: Derivative, Differential
previous post Difference Between Feet and Square Feet
next post Difference Between 2 Percent and Whole Milk