Difference between a Managed and Unmanaged Switch 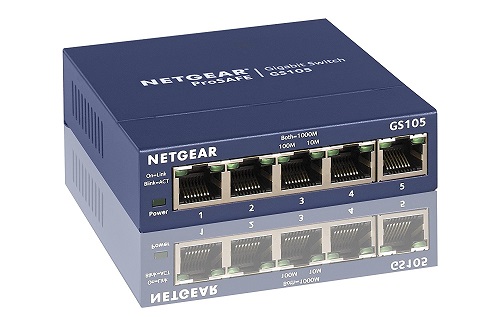 A switch is a device that allows the connection of multiple devices to a LAN (Local Area Network).  It is an effective and intelligent device that receives messages from the connected devices and transmits the message to the intended target device and manages the data transmission on the network.

There are two types of switches, a Managed and Unmanaged Switch.

What is a Managed Switch?

What is an Unmanaged Switch?

Similarities between Managed and Unmanaged Switch

Difference Between a Managed and Unmanaged Switch

Cost Difference Between a Managed and Unmanaged Switch

The Missing Link – Difference Between a Managed and Unmanaged Switch

A Managed Switches can prioritize LAN traffic by allowing greater user control to determine priorities for critical traffic, whereas an Unmanaged Switch has default settings not configured for any specific network.

For example, if a company relies on using real-time on the LAN, the switch would need to be configured to give highest priority for voice packets going over the network to prevent delays and provide a more efficient service.

Managed switches allow for VLANs, which are manually configured to group connected network devices together.  This isolates traffic to avoid unnecessary and potential traffic jams.

The advantage of being able to implement VLANs on a Managed Switch is essentially having more control on network performance.

Redundancy is an organization’s “Plan B” in case of any critical breaks in the network.  Alternate routes for data safeguards a network from complete breakdown.

It is unproductive, time- and money wasting when networks constantly run into issues that prevents or stops users from completing work.

This feature is useful for troubleshooting as it duplicates the traffic on one port and transfers it to another port (on the same switch) to be analyzed while the network remains in production.

Managed or Unmanaged? Depends on the needs evaluated by the business for their network.

How much control does the business want over the network? Are the technical resources readily available to resolve network issues and avoid downtime?

However, where companies use wireless LANs, VoiP (Voice Over Internet Protocol), and real-time services, then managed switches would provide the best experience as it can be configured according to a specific network’s requirements.

Top points to consider when purchasing Managed vs Unmanaged Switches:

The number of users the network has to support will be a good indication of how many ports the switch should have; the larger the company, the more ports will be required.

If the network and business is anticipated to grow, consider the cost-effectiveness of how many switches will be added in future, or if one or two fully managed switches would be more practical in the long run as they can be configured manually and are more scalable.

If the network is constantly transferring large data, includes wireless devices, added printers, real-time services, voice over internet, etc, then the technical specification of the switch should be able to adequately support the network.  To prioritize and manage the traffic, then only managed switches can be installed.

Lastly, secured data and networks that run efficiently are usually the primary goals for most organizations.