Difference Between MCB and MCCB 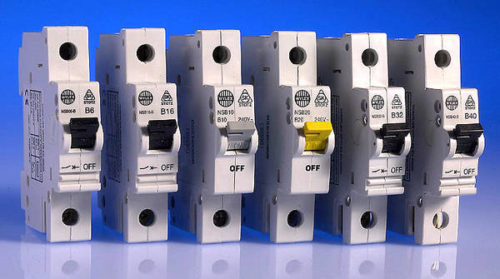 However, before we talk about the key features of each, it is important to understand what the abbreviations stand for. “MCB” stands for “Miniature Circuit Breakers”, while “MCCB” is “Molded Case Circuit Breaker.”

The main difference between the two is their capacity, with the MCB rated under 100 amps with an interrupting rating of under 18,000 amps. Consequently, their trip characteristics may not be adjusted since they basically cater to low circuits.

On the other hand, an MCCB comes with an adjustable trip characteristic for the higher models. Usually, this type of circuit breaker would provide amps as high as 2,500 or as low as 10, depending on what is necessary. Their interrupting rating ranges from around 10,000 amps to 200,000 amps.

Judging from their power capacities, the MCB is mainly used for low-energy requirements, like home wiring or small electronic circuits. On the other hand, the MCCB is more suited in providing energy for high-power equipment.

Although an MCCB has a higher capacity than an MCB, both are classified under low voltage circuit breakers and should, therefore, respond to standards set by the IEC 947. For convenience’s sake, some MCCB units have electrical motor operators, which means they can be tripped using only a remote control. For industrial or commercial use, they may be utilized as standby power that runs on an automatic transfer switch.

Both are installed in special niches on the wall that make it easy to install or uninstall without interrupting the whole system or damaging the switchgear. Both are also specially made to handle direct current, and are usually laid out in tiers for space efficiency. 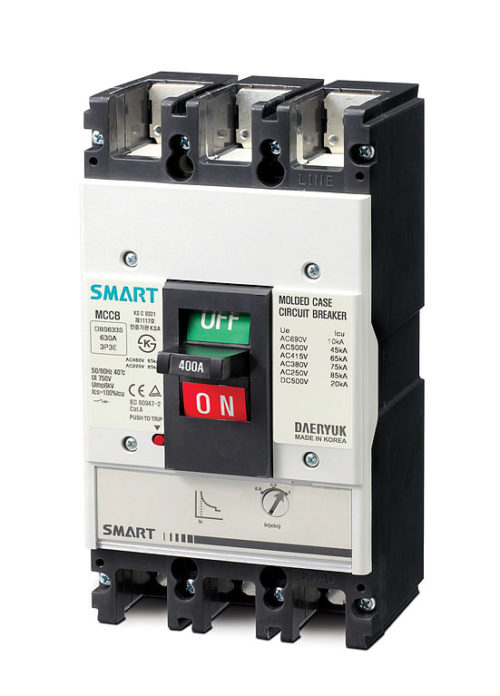 Circuit breakers are usually reset after they have been “tripped.” Both MCB and MCCB are highly durable and can last for years, depending on the manufacturer.

When choosing between an MCB and an MCCB, it is important to consider the amount of power that will be coursing through the device. As mentioned above, MCCB is more suited for higher energy due to its better capacity. Of course, when it comes to home use, the MCB is usually the circuit breaker of choice. For heavier power requirements that go beyond the 2,500 amps ceiling of the MCCB, medium or high-voltage circuit breakers are the next best choice.

Circuit breakers are installed in any structure that requires power for safety reasons. They are made to ensure that fire hazards or electrical problems will not occur in a home by cutting off electricity flow. This is usually done when the system experiences a “short circuit”, or an “overload.”

For this reason, MCB or MCCB should both be installed by professionals. This minimizes the chance of problems occurring with use. At the same time, choosing the right MCB or MCCB brand to install in a building is necessary as some brands are actually better than others. Ideally, the location of circuit breakers should provide easy access and be known to all individuals residing in the building.

3.MCBs are mostly installed for home use, while an MCCB is generally utilized for commercial or industrial purposes.

4.Both are low-voltage circuit breakers created to meet IEC 947 standards.

5.Some MCCB units are specially made to respond to remote control signals, usually as standby power.

7.The location of circuit breakers in every structure should be known to the people who reside in it.