Difference Between Wi-Fi and Hotspot 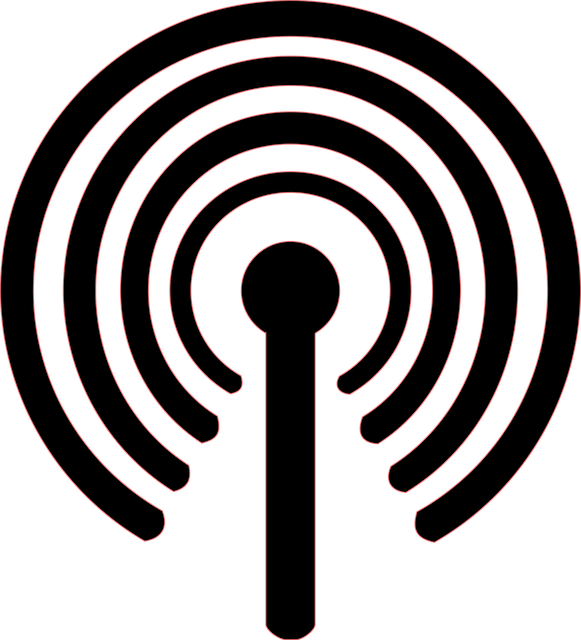 Both Wi-Fi and hotspot are the general terms often used in synonymous with access to the internet, but they are very different. Wi-Fi is a wireless network technology that uses radio frequency waves to connect mobile devices to the internet without any actual cables, whereas hotspot refers to physical location typically public places served by an access point used to connect devices to one another using Wi-Fi. Let’s take a look at some basic differences between the two in detail. 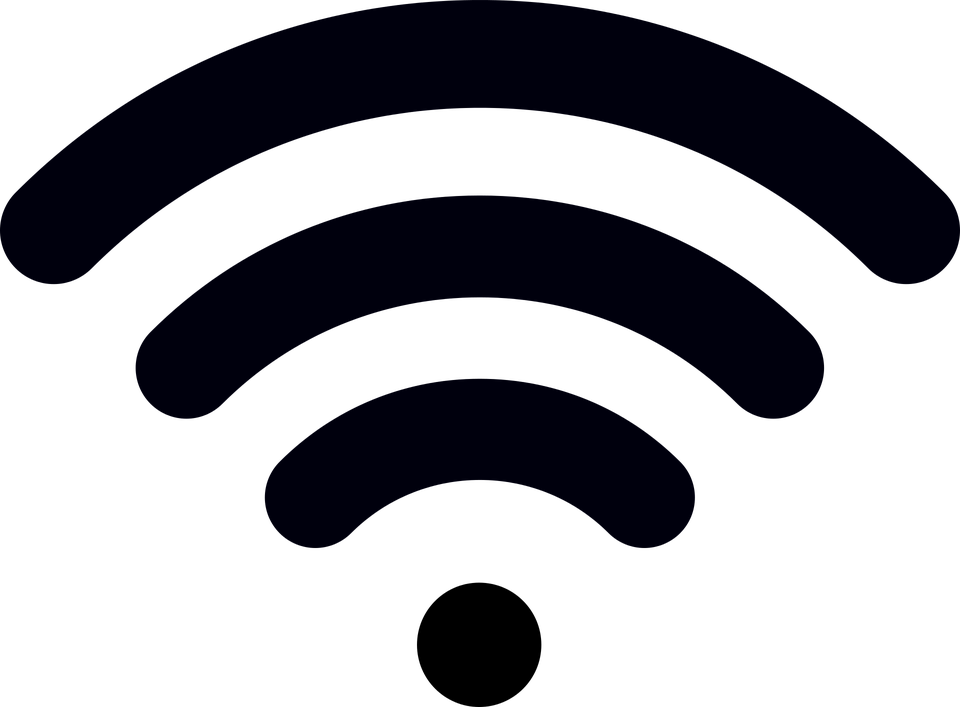 Wi-Fi is a wireless communication technology that uses radio frequency waves to connect mobile devices to the internet and to allow communication between them without using actual cables. It’s like a wireless local area network that transmits and receives radio waves within devices based on IEEE 802.11 network standards. Wi-Fi operates on the traditional 2.4 GHz radio frequency band to connect devices within a fixed range. It is one of the most popular means of wireless communication and the best example of Wi-Fi is your home network. The router receives the signal coming from outside the network like your ISP and transmits it back to your mobile devices such as mobile or laptop.

Hotspot is nothing but a physical location like a wireless access point that provides internet access to mobile devices typically using Wi-Fi. It allows devices to communicate with each other via a wireless local area network that creates a portable hotspot using a modem or wireless router that is connected to an ISP. The term hotspot is synonymous with wireless internet access. An access point is nothing but a networking device that obtains internet access via Wi-Fi. In simple terms, hotspots refer to physical locations typically public places like cafes, hotels, or airports where users can access internet wirelessly.

Difference between Wi-Fi and Hotspot

Wi-Fi is a wireless networking protocol that uses radio waves to provide network access to mobile devices based on the IEEE 802.11 standards. Like network cables, Wi-Fi is a wireless means to connect devices on a local area network. It’s more like a wireless local area network used to connect devices together without the cables. Hotspot refers to wireless access points that provides internet access from a physical location typically using the Wi-Fi.

Wi-Fi routers operate on the traditional 2.4 GHz radio frequency band to connect devices that usually have a limited range. The range is limited by the transmission antennae, or the location it’s in or the environment. A typical indoor Wi-Fi setup can reach up to 32 meters, whereas outdoor point-to-point system can be extended up to a few kilometers within stations. Wi-Fi signals can also be extended with the help of Wi-Fi range extender, which is just another device with an IP address. Hotspot signals can be accessed in the range of 33 ft.

Wireless networks, especially public Wi-Fi networks are more vulnerable to hacking because you’re not the only one connected to the network. Generally, the breach is highly unlikely to affect the security of the ones connected to the network that is protected with the WPA2 encryption. As much convenient as public Wi-Fi is, yet there are risks. Hotspots are physical locations and almost anybody can access the internet making it a great spot for potential cyber attacks. Using a VPN might be a great way to stay safe when using a hotspot. 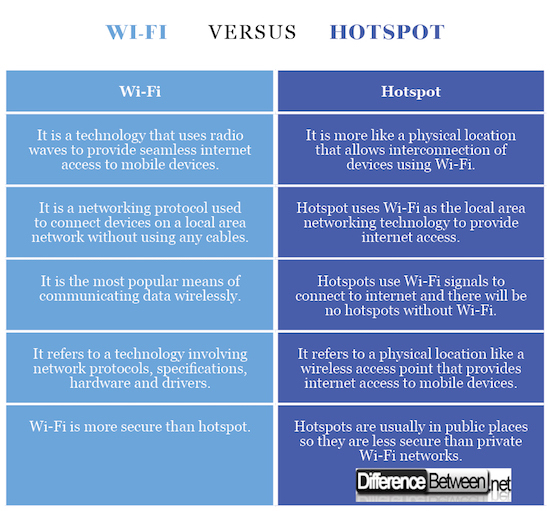 Summary of difference between Wi-Fi and Hotspot

Wi-Fi is a wireless networking technology used to connect devices on a local area network but without using any actual cables. Rather than using network cables, Wi-Fi uses radio frequency waves to connect to the internet or to facilitate wireless communication between devices within a particular area. It’s a general term used to describe a set of networking protocols based on the IEEE 802.11 standards to provide high-speed internet access. Hotspots, on the other hand, are access points typically in public places that provide wireless internet access to mobile devices typically using Wi-Fi technology. Both are the means of wireless communication but they do it very differently.

Outside his professional life, Sagar loves to connect with people from different cultures and origin. You can say he is curious by nature. He believes everyone is a learning experience and it brings a certain excitement, kind of a curiosity to keep going. It may feel silly at first, but it loosens you up after a while and makes it easier for you to start conversations with total strangers – that’s what he said."
Latest posts by Sagar Khillar (see all)
Share Tweet Pin Mail
Categories: internet, Technology
Tags: Hotspot, wifi
previous post Differences Between Bill Gates and Steve Jobs
next post Difference Between Small Business and Entrepreneurship