Difference between Loss Payee and Mortgagee 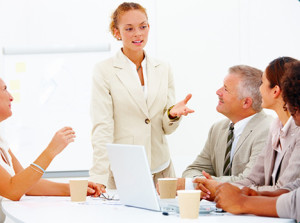 Insurance is a very crucial contract where individuals pay a specific consideration to compensate them against the risk of uncertain financial losses. Therefore, it is very important to understand the basics of insurance, including the commonly used terminologies. Unfortunately, individuals purchase insurance policy with little or no actual knowledge of the contract, which is why they often fail to understand the confusing semantics that are frequently used in the insurance industry. Even the insurance agents sometimes lack substantial knowledge of the terms used in the insurance contracts. Lack of professional knowledge can cause unexpected financial loss or can also result in unintended litigation long after the contract is issued.
“Loss Payee” and “Mortgagee” are two of the most widely used terms in an insurance policy that are often confused with each other, or are not properly understood. People use these terms interchangeably as if they have a same meaning. But as a matter of fact, they don’t! Parties involved in the insurance contract usually have to suffer some loss in order to understand that these words actually have a different meaning. So, it is important to know what these terms actually mean.

If, for example, you own a property for which ABC Bank extends financing to you. Due to an unexpected accident, your property catches fire and you file a claim for the damages of about $70,000. As a result, the claim check of the same amount released by the insurance company will be equally distributed between you and the ABC Bank. The bank is both the mortgagee and a loss payee in this example because it is also entitled to the amount of loss or claim. The ABC bank verifies the claim and endorses you the check for property repair because they have a financial interest in the property in the form of mortgage loan, and also because they want to maintain control of the loss payment so that the loan is either paid off if no repair is done or is used to repair the damages.

Mortgagee
The mortgagee is a person that initiates and keeps a mortgage loan and promissory note on real property. Mortgage lenders and banks are the example of the mortgagee. They offer finance to borrowers, such as, homeowners. As already discussed, all the mortgagees in an insurance policy are considered as loss payee because of the claim payment is made to both the Named Insured and listed mortgagee.

Differences
However, following are some of the differences between these two terms:

In case of a mortgagee, if he is not listed in the policy, intentionally or unintentionally, he will not be entitled to any right or coverage. Also, the mortgagee is never included in the list as loss payee in case of coverage areas like personal belongings.

Moreover, you can assign other loss payees on your homeowner insurance contract other than your mortgage lender and yourself. But, you cannot assign more than one mortgagee in an insurance contract as there is only one entity that initiates the loan in one contract.

It all comes down to one question, i.e., who is getting paid at the end of the day? Under a valid insurance contract, a person will get paid if he is a loss payee. But, if a person is a mortgagee and the house burns down, he may not get paid. All he gets will be the burned down property.

In a nutshell, a loss payee provision tells you that if something go wrong and a loss is suffered that is payable by the insurance company, it is paid to the one who loan the money instead of the person who owns a property. Therefore, it can be said that a mortgagee is just a notation, whereby a person who loaned the money to acquire the object has no relation to receiving the money by the end of the day, because it is only related to getting the property and its rights.