Difference Between Power and Leadership 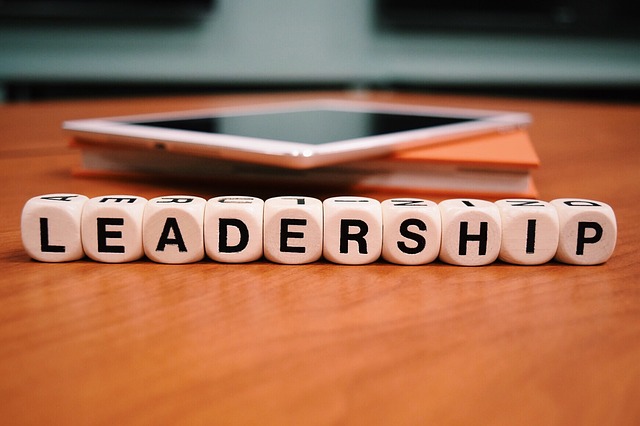 It’s fair to conclude that an individual can have the ability to influence, develop and enable without necessarily being the leader of the team. In many situations it is possible to exert influence without being in authority. People with power have ability to influence following and to some extent control the action of others. If you observe a group of people working together, you will be able to determine who is the leader of the group.

Power is a person’s ability to control activities of other individuals. Leadership is the ability to inspire people to follow your instructions voluntarily and manage the completion of a project without exercising any form of force. Traditionally, it was believed that power was derived from leadership. However, in many instances, power leads to leadership. However, the two are interrelated and can be a source of confusion between different people who don’t fully understand the differences. Leadership is dependent on power; a good leader is he/she who has some form of power. 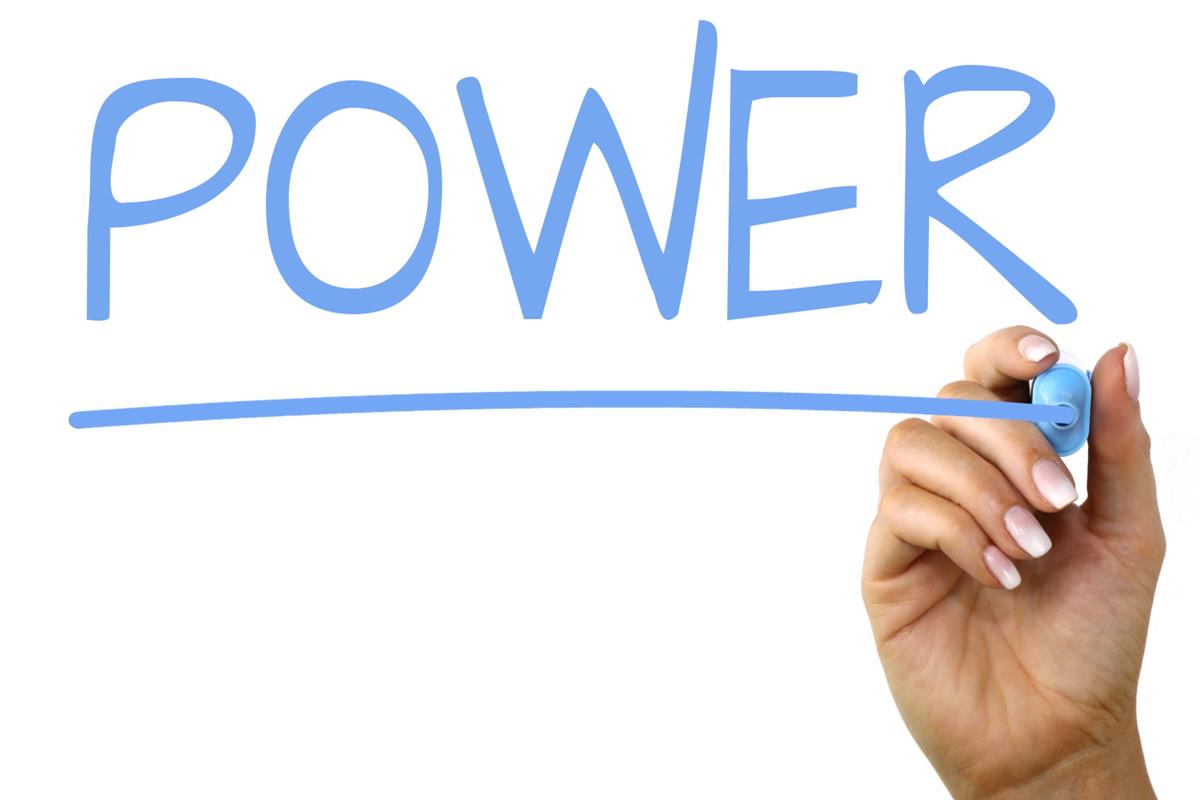 Power is broadly defined as the ability of an individual to exercise some form of control over another individual. There is a distinct relationship between power and influence. Different definitions of power regard it to be a causal efficacy which either be a change noticed in the world or a psychological pressure that gives people reasons to choose one alternative over the other. As a kid, your parents had significant influence over your actions, and you would often try to imitate their preferred behavior so as to please them. In school, the same case applies with teachers, they could easily influence you to do one thing instead of the other. In these two cases, both the parents and teachers, have derived authority which gave them the influence over you.

In the scene of politics, power is essential. There are some instances where novices have managed to inherit extreme power by virtue of their birth either being the daughter or son of a President, Prime Minister or the Royal family. Heads of armies have also been able to take over governments forcefully or by staging coup. Power is often used by individuals for their own personal benefits just as the saying goes, ‘Power Corrupts’.

The term, ‘leadership’ brings about a bunch of ideas, a political leader, an explorer leading a team of people through some jungle or an executive within a company. Other people also broadly define a leader as someone who basically leads a group of people either in politics or within religion. What really is the right definition of a leader? A leader is an effective individual who creates a vision, motivates people to work towards achieving the vision, coaches and builds the team that will pioneer the completion of the vision and manages the end delivery of the vision.

Differences Between Leadership and Power

Power is the ability of an individual to exercise some form of control over another individual. On the other hand, leadership is the ability to create a vision, motivate people to work towards achieving the vision, coaching and building the team that will pioneer the completion of the vision and managing the end delivery of the vision.

Credibility is needed in leadership but not a necessity in power.

Power is derived form a position of authority. Leadership is a personal attribute.

Leadership requires power in order to be effective. However, power does not depend on leadership. One can have power but not be a leader. But, all leaders require some form of power in order to successfully inspire subordinates.

The types of power include coercive, legitimate, expert, referent and reward. The main types of leadership include autocratic, democratic, transformational, monarchical and laisses-faire. 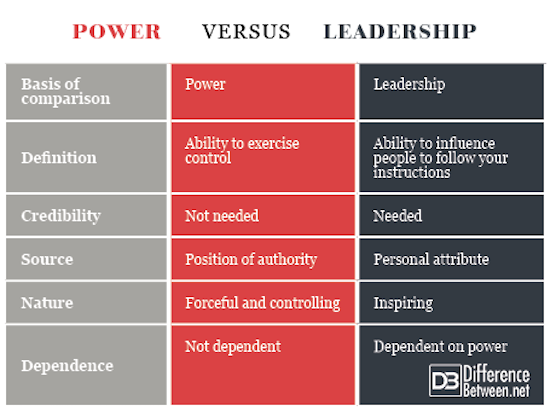