Difference Between Communism and Liberalism 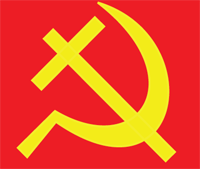 When talking about economy, Liberalism thinks of a free market but in Communism, it is the community or society that controls the economy and means of production. The profit is equally shared in communism.

Communism is an ideology that entirely revolves round the good will of a community. On the other hand, Liberalism has its base on individuals only.

Summary
1. Liberalism is a political ideology that thinks that an individual is free from all interferences and restrictions. Communism does not give any emphasis to individual freedom. It is a political ideology that stands for equality of all.
2. In communism, power is equally shared by everyone. But in Liberalism there is no power sharing but every one considers being free from the other.
3. Communism gives priority to the welfare of a society, liberalism gives priority to the rights of an individual.
4. There may be some form of government in Liberalism but in Communism there is no government as it implies a class less and state less society.
5. Liberalism focuses on a balance between individual and community responsibilities. Communism focuses entirely on community responsibility.