Difference Between Prison and Correctional Facility 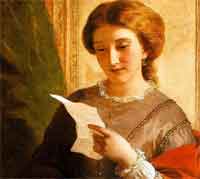 Many are wondering if a prison and correctional facility is one and the same. As a result, people use these two terms interchangeably without knowing if they are really talking about the same exact thing.

A correctional facility can pertain to prisons, jails or other centers that serve as a place for incarceration by the government. Its primary objective is to confine, or at least rehabilitate, prisoners. These facilities are classified according to the type of prisoners being housed. For non-serial prisoners, they can be detained in a minimum correctional facility. For the graver type of prisoners, they can be placed in a medium correctional while the maximum security facility is only for those prisoners who are very lethal and serial.

Inside, these facilities, the prisoners can do lots of things including the participation in programs both vocational and educational. Correctional facilities are subject to the terms of the specific state or federal laws. In the U.S. for example, certain standards of living are set for the prisoners so as to retain some of their rights and making them live in a more humane facility.

Prisons are similar to correctional facilities because these centers are also governed by the federal and state laws. A prison is just one of the several subtypes of a correctional facility per U.S. definition. But unlike other centers such as jails, prisons are for long term detention. There are also many different prison types that serve different purposes. Prisoners are placed in a specific type of prison based on the security risk they pose and on their needs as well.

Prisons can have a long range of amenities like exercise areas, classrooms and even a place for worship. Normally, prisoners are segregated in a way that clusters offenders based on the nature of their crimes, for safety reasons of course. Two or more inmates can share the same prison cell that’s why prison guards must monitor all detainees closely to know if trouble is already on the rise or not.

All in all, prisons and correctional facilities are generally the same. Although both are considered to be part of the larger penal system of the nation, they still differ a bit because,