Difference Between Pantyhose and Tights 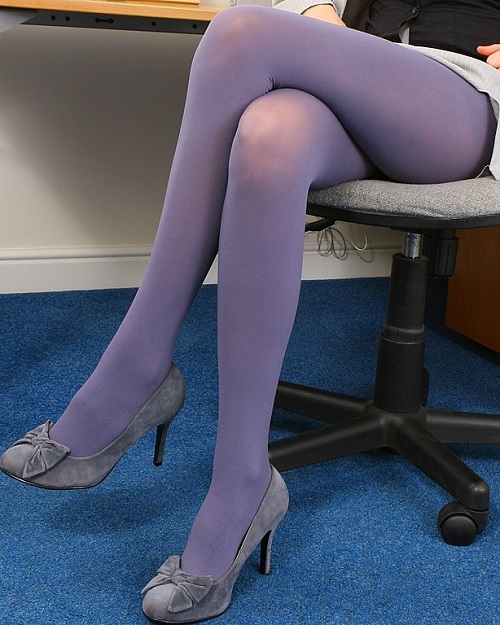 Pantyhose and tights are two kinds of leg garments. Both garments are coverings that start from the wearer’s waist down to the feet. These garments cover the lower body parts, like the thighs and the legs. Many people prefer wearing both garments because they are comfortable, close fitting, but stretchable.

An important similarity between tights and pantyhose is their usage. Both garments provide warmth and beauty. Wearing these garments and prevent skin chafing at the foot and hide skin imperfections like skin color, blemishes, bruises, hair, scars, varicose veins, and other things to help beautify a woman’s legs. Both also provide a uniform shape and color of the wearer’s legs.

However, there are also many differences that exist between the two garments. The first difference is in language use.

In America, the word “pantyhose” refers to sheer garments that are worn as hosiery. Pantyhose are a successor and replacement of stockings. Tights, in the American perspective, refer to a similar garment with denser, opaque, and thicker material. Pantyhose can range from 8 to 30 denier (the measurement used to denote thickness or thinness of fabric). Tights, on the other hand, are 40 to 100 denier.

Meanwhile, the British and some Europeans do not have pantyhose. Rather, they only have tights, which refer to the same leg wear design and construction. In this context, tights are a general term that encompasses both thin and thick legwear.

Another difference is in the nature of the garment. Pantyhose are almost considered as an undergarment or underwear. As hosiery or underwear, pantyhose cannot be worn on their own but serve as a supplementary garment in adherence to a certain dress code in a particular situation or context. On the other hand, tights can be worn independently as legwear.
As an underwear or hosiery, pantyhose are sheer, almost see-through, and skin revealing. This is because pantyhose are made as a thin material in the leg section. However, the panty or upper part of the pantyhose is often made with cotton or other porous material. In contrast, tights have a uniform consistency of fabric.

In use, pantyhose are utilized as lingerie and on formal occasions. They is prone to tears (often called runs), while tights are more durable and used in casual, performance, utility, and athletic events.

The origins of pantyhose and tights also differ. Pantyhose were introduced in 1959; meanwhile, tights were have been in existence since the Medieval Ages. Pantyhose are exclusive to women, while both sexes can wear tights.

1. Both pantyhose and tights are leg garments. However, they have significant differences.
2. Pantyhose and tights as garments are used in the U.S. The word “pantyhose” refers to the sheer, undergarment legwear, while the word “tights” refers to opaque and thicker legwear. In England and some European countries, tights are a general garment term for any legwear regardless of thickness or thinness.
3. Denier count on pantyhose ranges from 8 to 30, while tights have the denier count of 40 to 100. The thinness of the pantyhose contributes to their vulnerability to tearing, while the thickness of the tights indicates their durability.
4. Pantyhose are used as an undergarment, lingerie, or a staple in a formal women’s wardrobe. On the other hand, tights are durable, made for a variety of purposes (athletic, performance, casual, or utility), and can be worn by both sexes.
5. The construction of pantyhose requires different combinations of material. The upper part, which serves as underwear, is made of porous material and gets slightly thinner as it reaches the bottom. Meanwhile, tights have a consistent thickness of fabric or material throughout the garment.
6. Tights were made and worn earlier than pantyhose. They have been in fashion since the Middle Ages and still exist to this day. Pantyhose, on the other hand, are considered newer, with their introduction in 1959.