Difference between Industrialization and Urbanization 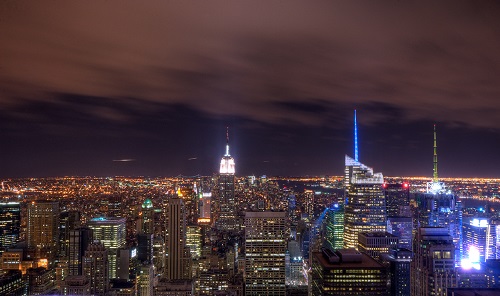 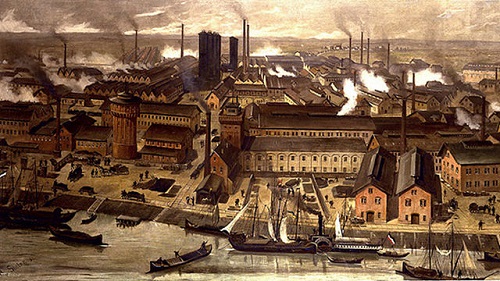 As we all know, the world has developed a lot since the ages of industrialization in the 20th century. Industrialization seasons were marked by a change in the social and economic phenomena. The transformation involved a paradigm shift from an agricultural society to an industrial society.  While industrialization and modernization are an entity that seems intertwined, this article will look into the major differences that distinguish the two terminologies.

The term urbanization can be defined in different ways to broaden the meaning thereof. It could refer to the increase in the number of people who dwell in urban areas. It can as well be defined as the process by which major towns and trading centers are formed to become larger, due to people moving into these towns for work and living (1). Urbanization is predominantly a cause of the physical growth of a town or any urban area. Aspects that contribute to urbanization are mainly: industrialization, modernization, and rationalization that results from sociological processes. It is a historical transformation on a global scale. It majorly involves the replacement of old cultural ways to a dominating urban culture.

Key Differences between Urbanization and Industrialization

On the other hand, the better-mechanized manufacturing plants realized there was a need to increase their labor force. The sharp rise in manufacturing could not be sustained by the few workers who used to run the old manufacturing cottages. More people were needed to work in the manufacturing industries. The industries promised a better pay for the workers (3). People living in peasant farms in the rural areas migrated to the towns where the manufacturing industries were situated. These people realized that there were new needs that they had to meet. The food was not readily available from the farm and there was no place to call home. This evidenced the mushrooming of lodges, taverns, brothels, and hotels. People adopted new lifestyles and trade was enhanced, thus leading to urbanization.

The labor force that was increasing every day due to the robust process of industrialization was already thriving in their new town. The need for everything went high. More people were working in the industries, meaning that there was more money in circulation. People were also getting salary advancements and appraisals from their companies. These dynamics funneled modernization even the more. Towns grew more as the need to accommodate the rising demands and lifestyle changes. It became apparent that urbanization was no longer an extra provision but a necessity. While the government relied upon industrialization for prestige and economic growth, people depended on urbanization for their sustenance.

The Inventions of the Two Phenomena

There is a sharp difference in the inventions that served the two spheres.

The industrial revolution was one of the most successful periods of inventions in the late 16th century and early 19th century. The era was paving way for lesser philosophical intrigues and more scientific discoveries. Carriages came into being. Coal was then discovered to be an energy source. This led to the discovery of engines. Engines and machinery that relied on fuel to run. The discovery of machinery increased the efficiency of production in the industries. Railroads were constructed to ease the work of transportation.

The process of urbanization had its own inventions as well. People invented new ways to build better houses. Construction became sophisticated. Architectural and civil engineers found out better ways to make long lasting roads. Better means of transporting people were being discovered. Carriages continued to be refined for use by people. Walking became less stylish than using a carriage. City guards evolved to become administrative authorities who started to concern themselves over city planning and public health (4). Health centers came into the picture and the nursing profession was born.

As the invention in industrialization led to better ways of manufacturing and transporting, urbanization led to inventions that aimed at a much more cozy life for the developing working class.

It is almost hilarious that the advantages for both industrialization and urbanization were different (5).

The industrialization advantages were more direct and defined.

On the other hand, urbanization had its advantages as well.

Both industrialization and urbanization affected the people differently. As much as the social lifestyle improved, there was a major difference that the two phenomena caused. Due to industrialization, the lifestyle that people lived was harsh. There were long hours to work in a day, the pay was meager and the working conditions were deplorable. For urbanization, the lifestyle of the people changed too. Selfish tendencies such as corruption emerged (6). People disregarded the need for family and society as well.

Though this correlation and differences are quite vague, there is a significant difference that shows how the availability of money influences both industrialization and urbanization.

When regarding industrialization, it is of significant importance to note that industrialization results from the want to realize more profits (7). Industrialization gained ground and prominence since a lot of income was expected as the end result. At the same time, urbanization is inspired by wants more than necessity. Financial power affects the tastes that an individual has in life (5). People with more financial power will always look for more expensive and classy lifestyle that drive urbanization. They will want fine restaurants, better houses, and better health care.

Summary of the Difference between Industrialization and Urbanization