Difference between Sea and Gulf 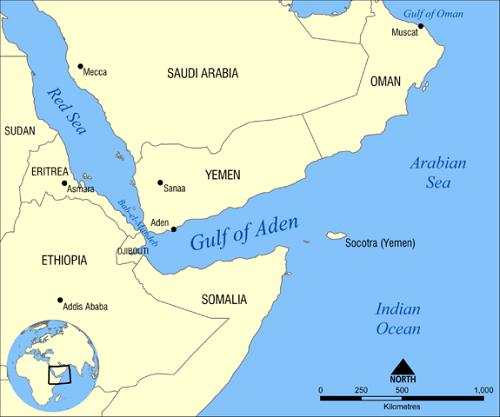 A sea is a large, generally shallow, body of salt water that is in some way sectioned off from a larger ocean or sea by masses of land such as islands or peninsulas.

Seas can also be in flooded continental basins or entirely landlocked and isolated from the ocean.

Epicontinental seas form when sea level rises, causing shallow regions of continental crust to be flooded. A modern example of this would be the Mediterranean basin which was inundated about 5.3 million years ago when sea water flooded the basin through the strait of Gibraltar.

The formation of epicontinental seas can be aided by plate tectonics since tectonic activity, particularly rifting, can create continental depressions which can be inundated if sea level rises. The Caspian Sea probably formed this way. It should be noted that seas do not have to be formed over continental crust and can form anywhere that a body of water is partially enclosed by land.

Seas, particularly epicontinental seas, can contain abundant deposits of sand, silt, and mud derived from rivers which empty into the sea through deltas. Sediments from rivers on Earth are predominantly siliciclastic, meaning that they are predominantly made of silicate minerals such as quartz, feldspar, and mica. They become lithified into rocks such as sandstone and mudstone. Seas with minimal sediment influx from deltas, however, will contain sediment with more carbonate minerals such as calcite. These sediments can be lithified into limestone.

When a sea is warm and there is minimal input of siliciclastic sediment from rivers, carbonate mineral-bearing grains will make up most of the sediment on the seafloor. Carbonate grains are often microfossils composed of the preserved carbonate shells of organisms which once lived in the surface water and descended to the seafloor when they died to became future grains in a limestone. These grains can also be made of directly precipitated carbonate minerals in the case of ooids, pisoids, and micrite (carbonate mud).

When carbonate grains lithify, they can become Limestone. Limestone and sandstone deposits which formed in ancient epicontinental seas make up the primary bedrock of much of the land surrounding the modern Mediterranean Sea.

Because seas form when water is partially surrounded by land, and the position between the land and the adjacent body of water can change regularly due to plate tectonics and physical erosion, the position of the shoreline constantly shifts as the continents move and the sea level changes. The geologic record left behind in the process is called a transgressive sequence. In a transgressive sequence, the grains making up the rock layers become finer or smaller from deeper layers to shallower layers. This is referred to as a fining upward sequence. In a regressive sequence, the reverse occurs, and it is called a coarsening upward sequence.

The sequence coarsens upward in a regressive sequence because, as the sea level retreats, beach sand is deposited on top of the mud deposits associated with offshore marine environments. The transgressive sequence is the reverse because the grains get finer as old beach deposits become buried and overlain by marine mud and silt as the sea level rises. Both sequences are common along the margins of seas and can indicate the presence of ancient seas as well as lakes.

Sometimes, when sea level drops, irregularities in topography can create landlocked remnant seas, essentially giant lakes. If conditions are especially dry, a landlocked sea will start to evaporate leaving behind salt and other mineral deposits. This happened to the Mediterranean Sea 5.6 million years ago where it mostly evaporated and did not completely refill for 300,000 years. Different minerals will be deposited depending on how much of the water has been evaporated. For example, when a lake or sea is at 50% of its original water volume, calcite will begin to precipitate. When it is at 20% of its original water volume, gypsum will begin to precipitate followed by halite which precipitates when only 10% of the original water volume remains. As a result, salt deposits can indicate the presence of an ancient sea that has long since evaporated.

A gulf is a type of bay, a body of water mostly enclosed by land with a strait connecting it to a larger body of water such as a sea or ocean. Gulfs are distinct from other types of bays in that they are generally very large in comparison.

Gulfs often form when tectonic activity creates continental basins on the margins of oceans, seas, or large lakes that become flooded with water when sea or water level rises. The Persian Gulf is an example of a gulf which may have once been dry land that became inundated as the sea level rose. Many gulfs were also created as the supercontinent Pangaea broke up to create the modern coastlines of eastern North and South America and western Europe and Africa.

Many gulfs adjacent to rivers generally become filled with terrigenous sediment, creating large accumulations of mud, silt, and sand which can become submarine fans which are enormous deposits of sediment with a characteristic radiating fan shape. The Bay of Bengal has a submarine fan of sediment emptying out of the Ganges River that is one of the largest submarine fans in the world. Gulfs that do not have large amounts of terrigenous sediment being carried into them can contain large carbonate deposits.

Similarities between a sea and a gulf

Seas and gulfs are both bodies of water that are partially enclosed by land. They also can both form from terrestrial basins becoming filled with ocean water as the sea level rises. Additionally, they both can receive large amounts of sediment from deltas and those that contain less siliciclastic sediment from deltas will contain more carbonate rocks and sediments.

Differences between a sea and a gulf

Although there are definite similarities between a sea and a gulf there are a few differences.

Summary of Sea and Gulf

Seas are bodies of water that are somehow sectioned off from the ocean by land. They can be connected to a larger sea or ocean by a strait or they can be entirely landlocked. Seas can contain large amounts of sand, silt, and clay deposits from deltas, but they can also contain large carbonate deposits when there is little contribution of sediment from rivers. Gulfs are large bodies of water that are mostly enclosed by land and connected to a larger body of water such as a sea or ocean by a strait. The main difference between gulfs and seas is one of size where gulfs tend to be smaller and form parts of seas or oceans. Also, while seas can be landlocked and isolated from other bodies of water, gulfs are always connected to a larger body of water by a strait. Furthermore, gulfs are generally more enclosed by land than seas.