Difference Between Santeria and Voodoo 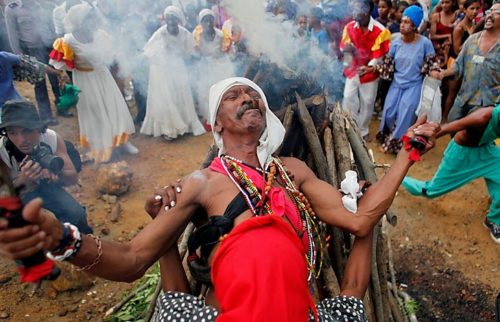 Santeria and Voodoo are religions practiced by people who believed in one God that is served by several spirits. Both religions also believe in possession of the spirits—called ‘orishas’ in Santeria and ‘loas’ or laws in Voodoo—through song and dance. In both religions, the loas or orishas and ancestors are identified with the Catholic saints.

Santeria means ‘honor of the saints’ or ‘way of the saints’. It is also known as ‘La regal de Lukumi’ or ‘Lukumi’s Rule’. On the other hand, Voodoo is an African word that means “moral fiber.”

Santeria and Voodoo also share a similar beginning in African traditions and rituals that originated in Nigeria. The two were brought to the Western Hemisphere by slaves from North Africa, specifically Nigeria. Since African traditional beliefs and other pagan activities were outlawed and banned in the Western Hemisphere, the slaves infused their pagan beliefs with Christianity to avoid persecution and death.

The Christian influences are another difference between Santeria and Voodoo. Santeria is infused with Spanish Catholic elements, while Voodoo is characterized by French Catholicism. Even the primary African beliefs are different: Santeria is based on the Yoruba belief system, while Voodoo is rooted in Fon and Ewe beliefs. 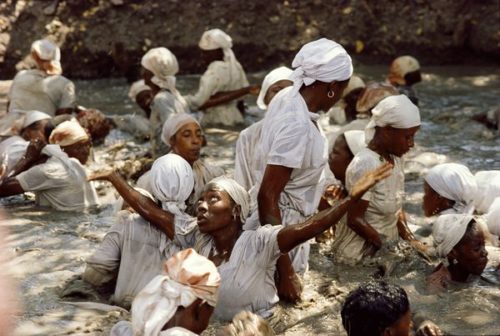 Voodoo developed similarly in New Orleans, but with the influence of French and American culture. Voodoo originated primarily in Haiti.

The Hispanic people are more familiar with Santeria, while the people of Haiti are more immersed in the worship of Voodoo.

There is also an organized hierarchy of spirits in the Santeria and Voodoo traditions. Santeria has seven Principal Orishas (in Spanish: Las Sietes Potentials Africanus), while the Voodoo religion has twelve principal loas.

Santeria is not an official religion and is less popular and well known than Voodoo, which is the official religion of Haiti and has been depicted in media and popular culture, albeit often inaccurately and in a bad light. Voodoo is also considered a native practice.