Difference Between Religion and Superstition 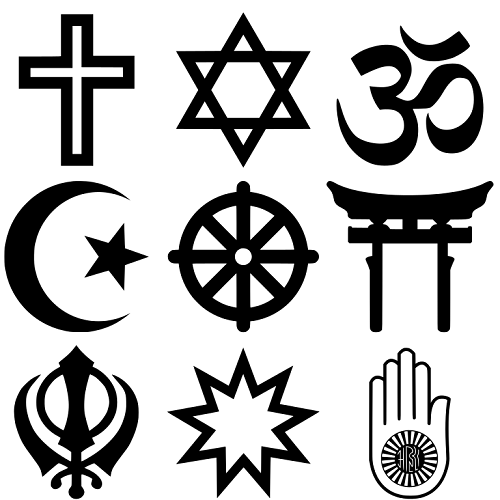 Theories and facts about religion and superstition have really been fought over since those two words were coined. Some might say the other is more credible while the other is not. Others might prove the other as truth while the other a lie. However, this write-up is not about proving and disproving but to give a list of differences between the two. How does religion really differ from superstition and the other way around? Are they connected or not? Read on and discover the answer to these questions.

Religion is the reciprocal action that happens between different cultural groups of given values, dispositions, norms, points of view on various concepts of right and wrong. Religion, so to speak, connects people to anything that even the laws of nature can never explain. What could be that connection spurred by religion? It is their set of beliefs and practices that is looked upon as the answer and, more importantly, the comfort for the lifetime struggles and afflictions of men in the physical realm.

People who follow religions known as the “religionists” either believe and worship the God or a god because for them, this is the purpose of religion in the culture and society of humans. Moreover, sociologists have studied that religionists have accepted not only the belief system but also the collective morality alongside social stability and order. Some of the modern world’s largest number of religions include Buddhism, Protestantism, Roman Catholicism, Judaism, Hinduism, Islam and many more. These religions have been intended to elevate the commonality in the society.

While religion centers on the belief of a supreme being called God or god, superstition centers on the supernatural phenomena of this world. People who abide by superstitions known as the “superstitious” have created a set of beliefs and practices during the ancient era, and have passed this on from one generation to another. Because of this process of socialization established for many years, it has been difficult to eliminate superstitions from the culture of the humans despite of the improvements and advancements of science and technology. Belief on sorcery, witchcraft, paranormal beings; and other traditions such as the avoidance of fitting the wedding gown prior the wedding day, bad luck brought by seeing a black cat and the warding off of evil spirits by making noise at twelve midnight on New Year’s Day have become a part of various society’s old-aged faith on superstitions.

There has been no concrete connection between religion and superstition since one person can be religious without actually being superstitious; and that also goes to being superstitious without really being religious. People can go to church for fellowship and other activities every single time without minding the stranger tapping them on the back which would mean danger for some. Then again, people who likewise pass judgment and turn down any religious system may even take heed or avoid doing certain appointments on Friday the 13th because they are afraid of the so-called unfavorable fortune to get in the way of their good intentions.

Most of the time, if not at all times, none of the two usually result to the opposing system; therefore, it is easily agreed that religion and superstition truly contrast one another. Superstition has always been regarded as irrational, immature and archaic due to lack of accepted evidences and standards for actuality. On the other hand, religion has been highly honored as the basis for living due to its established foundation of morals that guide people to decide on what they ought to carry out. 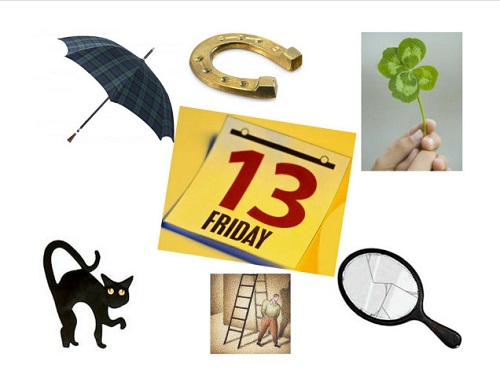 Religion is considered to be a powerful spiritual influence that enables and keeps people on track even on the most difficult times. It sets people free by helping them widen their horizon by being kind and compassionate to mankind. It upholds the human race in all walks of life. People live in this modern day called the science era and even in this period, people have been inspired by religion which science can never get the better of. Religion does not come in conflict with how science simplify the modern-day life. It has tested and proven customs and judgments that facilitate humanity’s deepest and heartfelt desires. That is why it is quite impossible for a society to thrive in the absence of religion.

On the contrary, superstition is believed to lack the same compelling and liberating force as that of religion because its practices and beliefs terrify people when undone. Superstitions bring forth a pessimistic kind of attitude that may drag people down in accomplishing their ambitions. It causes people to be mistrustful and closed minded on the things happening around them. While religion survives even in modernization and is not destroyed by science, superstition only lives in the dark period of humanity. It is easily destructed by science since it vanishes in times of rationality when everything has to make sense. Superstition leads people to believe that their ill fate are cause by the presence of the supernaturals in this world. While religion is reckoned as sensible, superstition is viewed as a product of ignorance.

Objectivity is one of the many things that distinguishes religion from superstition. Many people believe religion is more credible and sacred than superstition. Superstition is advised as invalid for its lack of reason, while religion is criticized as a system that disguises superstition in order to constitute reverence and sanctity. Although that may be the case, the modern-day society demands rationality and superstition doesn’t provide that unlike religion. There will be that turning point that people who have lived their lives depending on superstition must begin to pursue maturity and come to terms to the reality that they can live a life of freedom from fear.

Superstition is whimsical as it is believed that one thing leads to the occurrence of another instance. One person may trust that his white shirt made him successful in getting his job done, but there is never any logical way of justifying such phenomenon. On religion on one hand, followers may offer a prayer and fasting for a sick person. However, we can say a prayer can not medically heal sickness only a miracle brought about by petition to the higher being can do so. As what the Scottish philosopher David Hume has once said that, “Miracle violates the law of nature.” With this, some might say religion is nothing but a superstition because of the concept of miracle prompted by faith; but that is a difficult path to tread on since there are really matters that have been too difficult to explain when it comes to the supernatural breaking of the law of nature.

In conclusion, religion leads people to a path of life that’s substantial and reasonable and it must not just be dismissed as some sort of another covert bunch of superstitions. Religion primarily helps people focus on living a life that’s liberating while superstition puts everyone inside the box devoid of the pleasures of the world because of a life lived in anxiety. Choose freedom and fight fear. The choice is in your hands.