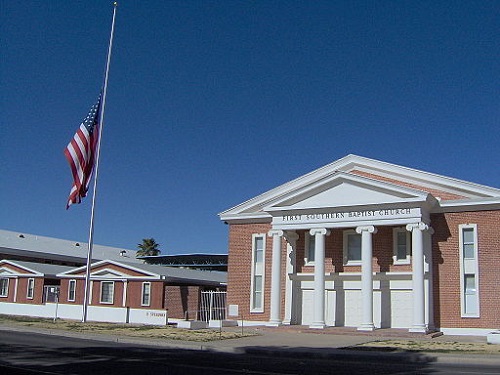 Early Origins of the Baptist Movement

The history of the Baptist movement in America closely follows the major events that defined America as a nation. The growth of the church is mirrored and influenced by the original settler’s arrival, the American revolutionary War, and the Civil War. By tracing the movement’s origins one sees how the differences between the Southern Convention and the American Baptists arose. Despite the differences, there are still many similarities between the two branches that date back to the churches early origins.

The origin of the Baptist movement is rather complex. It can be seen as one that grew from protestant beginnings rather than formed overnight. Although some scholars have attempted to trace the origins of the Baptists to biblical days many academics and critics discount this and see the origin of the movement to begin in Great Britain in the early 17th Century. In England, at the start of the 17th century, many Christians were discontent with the Church of England. This was due in part to the apparent Roman Catholic influence of the Church of England (McBeth n.d.). Splits from the Church began with many wanting to return to the simpler teachings of the bible. These churches were loosely called “Separatists”.

Two types of Baptist denomination came from the greater body of separatists. Those being the General Baptists, who believed in general atonement upon Christ’s death, and Particular Baptists, who believed only a particular group known as “the elect” were atoned for (McBeth n.d.). The Particular Baptist began practicing immersion baptism were the whole body and head are immersed in water (McBeth n.d.). A practice still done by Baptists today and has its origins from Separatists who traveled to Holland and witnessed Dutch Anabaptist sects baptizing in such a way. The term Baptist was, like so many things throughout history was used derogatorily. At the start, Baptists referred to themselves as “The Brethren” or “Brethren of the Baptised Way” (McBeth n.d.).

Early Baptists in America originally came from England to escape religious persecution in much the same way other Separatists did. Rodger Williams and John Clarke can be seen as the first Baptists ministers to arrive in America (Baker n.d.). They founded the first Baptist church in Providence called, rather originally, The First Baptist Church in America in 1638. The church in its early years and the Baptist movement as a whole did not experience massive growth in terms of believers. By 1740 there were roughly only 300 to 400 members in America (Baker n.d.).

However, in 1755 a great revival occurred. This was due to two men, in particular, Shubal Steams and Daniel Marshal, who began to preach zealously in the southern colonies and the western frontier. This revival provided patterns for church life that Southern Baptists still follow till this day (Baker n.d.). Due to the Baptists opposing public taxes which supported certain churches, namely the Church of England, and their doctrine of independence from state interference; many became active patriots in the American Revolutionary War of 1775 earning the adoration of some of the founding fathers such as George Washington (Baker n.d.).

From 1707 to 1814 various Baptist organizations were formed to assist in the strengthening of the church, forming of missionaries and clarifying doctrine. It was not until the forming of the General Missionary Convention in 1814 out of other associations that a truly representative body for the entirety of America was formed. Almost from the start differences in opinion rose between north and south. Southern Baptists wished for the organization to be one of association, meaning that there is one denominational body overseeing all aspects of the church, rather than the society pattern, which has a separate society for each mission (Baker n.d.). As will be seen below such differing opinions and historical events that would unfold would deeply affect the General Missionary Convention along state lines.

As was mentioned above the General Missionary Convention brought old colonial differences to the fore. Whether it was a western farmer, northern businessmen or southern planter each had a differing opinion on how best to serve the Baptist faith. The greatest issue of all was that of slavery. It could be argued that this directly mirrored the prevailing tensions prior and during the civil war. Southern Baptists began to support the gentry in what they perceived as their right to own slaves and wanted slave owners to be allowed to be missionaries (Graham 2015). While slavery is a stain on humanity many Baptist historians have been at pains to remind readers that it was only a minority of Baptists that owned slaves, roughly two-thirds did not own slaves (Baker n.d.). Baptist congregations were generally made up of the lower economic classes. Regardless, historical fact remains that Southern Baptists supported slave owners at an institutional level in enforcing what they saw as a right, a morally repugnant right but one none the less.

Modern Differences between the Organisations

This list is not exhaustive by any means and different churches within the same organisation will have differing opinions. What can be seen in the above article is how closely linked the Baptist church is to American history and the values it once held and values it holds today.