Difference Between Non-GMO and Organic 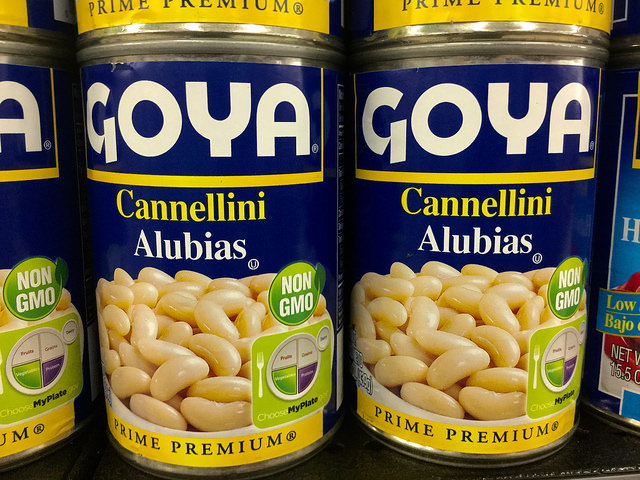 The past few decades have seen revolutionary breakthroughs that changed the world in ways you cannot even imagine. One such breakthrough that changed lives is biotechnology. The past few years have been huge for biotechnology. You probably haven’t realized it yet but we live in a time hailed as the biotech era, an era where genetic engineers alter DNA to create new medicines and foods.

GMOs refer to organisms created using genetic engineering techniques. Biologists remove one or more genes from the DNA of one organism and recombine them into the DNA of other organism to alter the traits associated with the genes. The goal is to create gene combinations to enhance the performance of the genetically altered organism to achieve its full potential. But scientists and environmentalists have cited potential health risks associated with GMO-labeled foods. As a result consumers started demanding non-GMO food products – the ones that do not contain any genetically modified ingredients. The way food is grown and consumed has changed eventually, and the organic foods have become a popular and healthy trend.

Non-GMO simply refers to organisms that are not genetically altered or modified. In terms of food, non-GMO refers to a label approved by a non-profit organization called “Non-GMO Project” which focuses on genetically modified organisms. On the contrary to GMOs, non-GMOs are the food products that are made without the ingredients derived from the genetically engineered organisms. GMOs are living organisms, mostly plants, animals, or other organisms, whose genetic makeup is altered using genetic engineering techniques. Non-GMO foods have become a healthy trend over the years.

What does Organic mean?

Organic, as the name suggests, refers to the food products that are purely designed to work with nature, not against it. There are many kinds of food that can be labeled as organic such as fruits, vegetables, packaged foods, dairy products, grains, meat, etc. The term organic here specifically means the foods are grown and produced naturally without any harmful chemicals, pesticides, artificial flavors, preservatives, and other additives. Organic refers to a natural or earth-friendly way of producing food. In simple terms, organic is a labeling term that says the food product is USDA-approved. 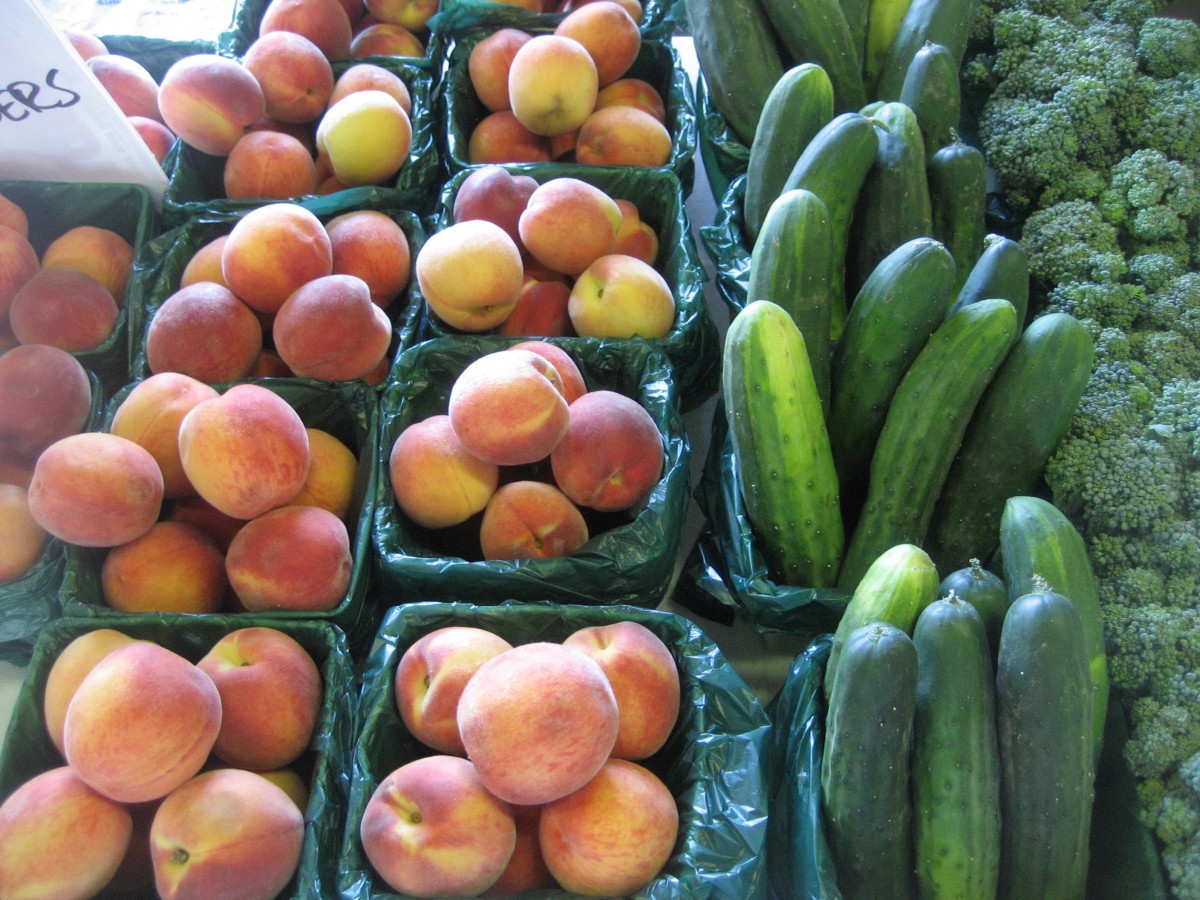 Difference between Non-GMO and Organic

The “100% Organic” label in the food products means the product contains 100% organically produced ingredients which are grown without the use of synthetic pesticides and fertilizers in a way that best protect the quality of the soil. No GMOs are allowed in the making of organic food products. The organic label ensures the food has been produced through USDA-approved methods with a permissible non-organic quantity of up to 5 percent. Similarly, food products labeled as “Non-GMO” are approved and protected by the “Non-GMO Project” but they are not necessarily the same as certified organic labeling, which means non-GMOs can be grown with GMOs.

Because organic food products are grown and produced naturally using environment-friendly methods of farming that are less harmful to the environment than conventional methods of farming that use different types of chemicals. They are so produced to work with nature, not against the nature. As a result, organic foods taste better and fresher than non-organic foods. Because they do not contain any preservatives or artificial flavoring agents, or other chemicals, they are healthy to eat. Non-GMO foods are also healthy to eat and they improve overall fitness levels because they do not contain genetically modified organisms and contain more antioxidants than their GMO counterparts.

USDA-certified organic is the seal of purity which measures everything from soil quality and use of additives to pest control and quality control. Organic label makes sure the products have been manufactured within the USDA-approved guidelines and consist of 95% or more organic ingredients. Certified organic foods do not contain synthetic pesticides, herbicides, antibiotics, petroleum-based fertilizers, growth-altering hormones, and so on. The federal government does not regulate the Non-GMO labeling which does not guarantee non-GMO foods are 100% free of GMO. 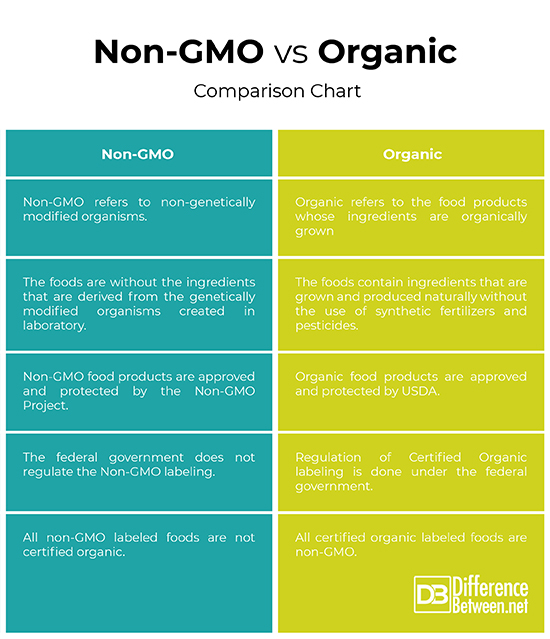 Summary of Non-GMO Vs. Organic

While it’s advisable to choose organic foods over GMO foods, it’s also important to know the ingredients on the packaged food before buying. Because some organic food products may contain some unnecessary additives or preservatives, they can be a potential risk to your health. Non-GMO foods are not bad either, in fact, they are healthier to eat than their GMO counterparts. Apart from their labeling, both non-GMO and organic food items are mostly indistinguishable from other food products in many respects. Certification is thereby given not only of the product, but of the whole production system from soil and plant to the animal care and consumer. However, non-GMO does not necessarily mean organic.

Outside his professional life, Sagar loves to connect with people from different cultures and origin. You can say he is curious by nature. He believes everyone is a learning experience and it brings a certain excitement, kind of a curiosity to keep going. It may feel silly at first, but it loosens you up after a while and makes it easier for you to start conversations with total strangers – that’s what he said."
Latest posts by Sagar Khillar (see all)
Share Tweet Pin Mail
Categories: Food
Tags: Non-GMO, organic
previous post Difference Between Flu and Sepsis
next post Difference Between Male and Female Mosquito