Difference Between Climatology and Meteorology Climatology is the study of the behavior of the atmosphere and changes in temperature, pressure, and other atmospheric factors over a period of time. Climatology is a branch of atmospheric science, but the study of climate can be related to every other aspect of the earth system including the geosphere (solid earth) and hydrosphere (terrestrial water reserves) because climate affects all of Earth’s surface.

Weather is all atmospheric phenomena including precipitation, windspeed, and cloud formation. Weather is ultimately driven by differences in heat in the atmosphere. Energy from the sun is not evenly distributed across Earth’s surface because Earth is spherical. As a result, different parts of the surface will be hit by light of differing intensity.

The most intense light is the light at the equator. At higher latitudes, the same amount of energy hits the surface but is spread out over a greater area, meaning that less energy is absorbed per unit area. This creates differences in heat across the planet. This uneven distribution of heat energy is what creates the atmospheric disturbances that we call weather.

Paleoclimatology is the study of climatic changes which took place in the archaeological and geological past. This includes climate change that occurred at the end of the Pleistocene and the snowball earth events that took place during the Pre-Cambrian where most of the planet’s surface may have been engulfed in ice sheets and glaciers. Paleoclimatology is studied using natural phenomena including ice cores and tree rings.

The seasonal growth rings in trees can be thicker or thinner depending mainly on the level of precipitation. A drought will result in thinner rings whereas a plentiful growing season with abundant water will result in thicker rings. By looking at the tree rings of modern trees and comparing them to more ancient trees, it is possible to construct a climate chronology.

Another significant influence on climate is the phenomenon of the Milankovitch cycles. Milankovitch cycles involve changes in the shape of Earth’s orbit as well as the orientation of Earth with respect to the sun and the degree to which it is tilted. All these factors can affect how much energy is absorbed by different parts of Earth’s surface. The resulting variations in energy absorbed across the planet significantly affect climate. It is in this way that climatology also involves concepts from astronomy.

Many climate scientists specializing in recent climate change study global warming which is the upward trend in global temperatures that was first predicted in the mid-20th century and has been confirmed since then. Climate scientists also study the primary drivers of climate change in general by comparing the modern climate to past climatic records. 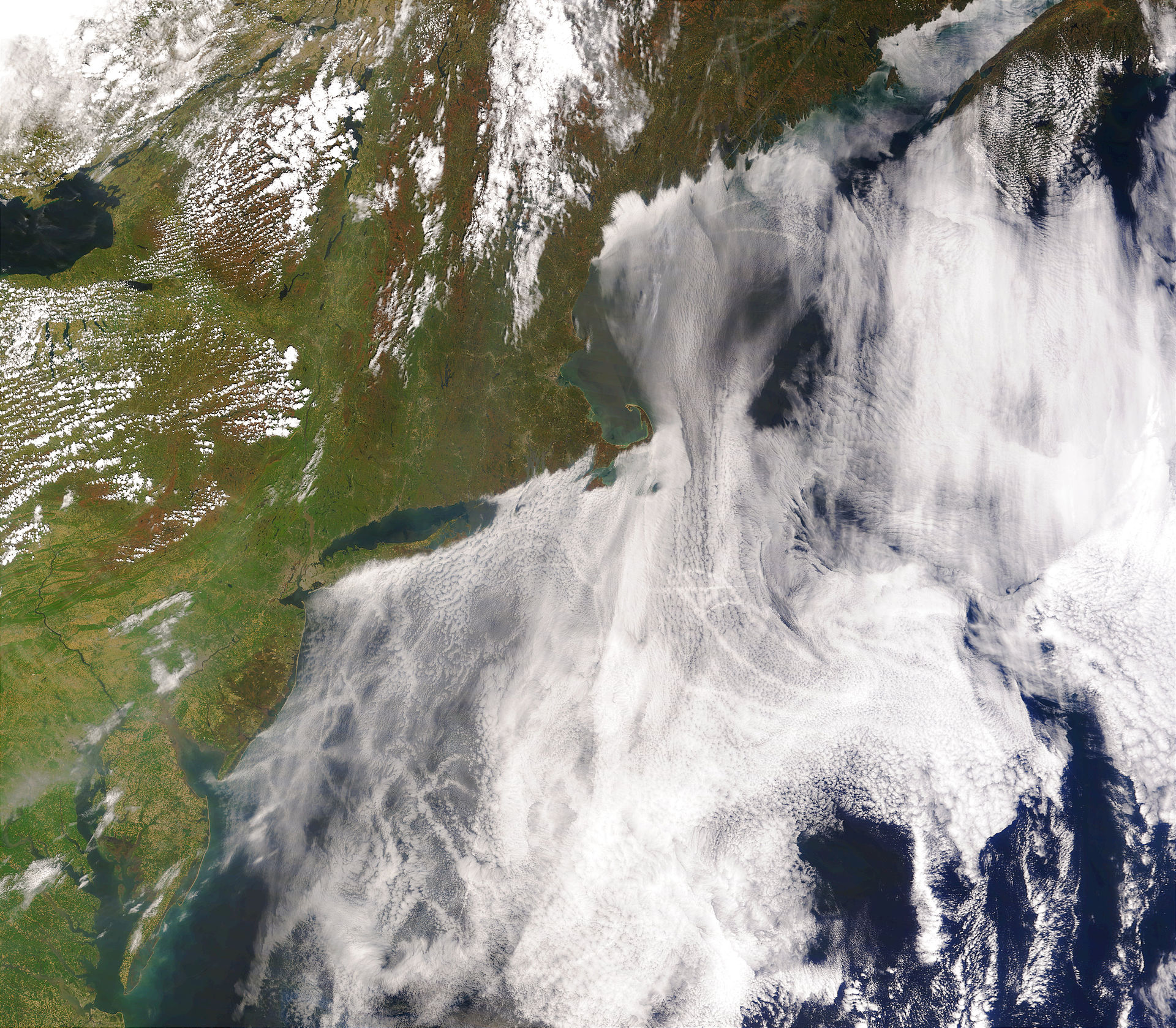 Meteorology is the study of weather or all atmospheric processes including temperature, air pressure, and chemical composition. Meteorology is considered a branch of atmospheric science which deals with weather phenomena and weather changes over a short timescale.

Meteorology, as it is understood in the West, has beginnings that go all the way back to Classical Antiquity. Aristotle talked about theories of weather and atmospheric processes in 350 BC. Modern meteorology began in earnest in the mid-20th century when advancements in technology made it easier to predict and understand weather.

How weather is studied

The main tools used by meteorologists include traditional instruments such as barometers and thermometers. Beginning in the 18th century, ships were also used to study weather. More recently, meteorologists have made use of complex computer programs to model atmospheric phenomena.

Similarities Between Climatology and Meteorology

Differences Between Climatology and Meteorology

Although there are many similarities between climatology and meteorology, there are also important differences. 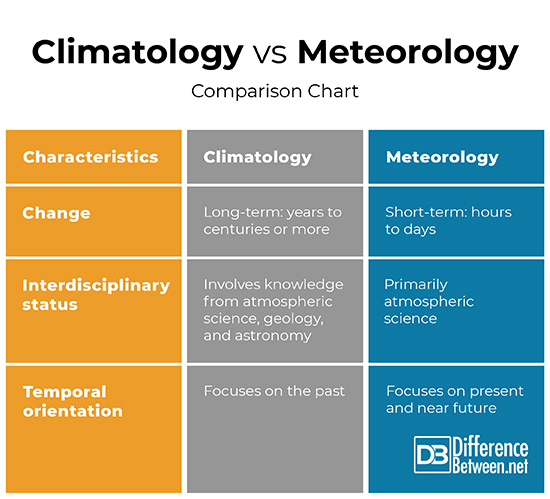 Summary of Climatology vs Meteorology

Climatology is the study of changes in atmospheric phenomena such as temperature, air pressure and composition over significant periods of time. Climate scientists primarily study past climate changes either in the distant geological past, in the case of paleo-climatology, or recent human history, in the case of historical climatology. Tools used include studies of ice cores and tree rings. Meteorology is the study of atmospheric phenomena on a day to day basis which reflect regular changes in atmospheric pressure and temperature. Climatology and meteorology are both branches of atmospheric science, but they differ mainly in time-frame. Climatology deals with long-term changes whereas meteorology deals with short term changes in weather lasting hours to days.