Difference Between Tone and Intonation 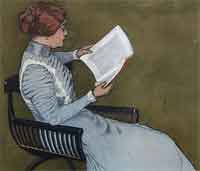 In linguistics (the study of language), tone and intonation are often confused with each other. This confusion may have risen because there are lots of other concepts in linguistics, phonetics and semantics like word volume and word stress. But for intonation, it is more of a fluctuation of one’s voice. Being a fluctuation, it is characterized as the downward or upward movement of the voice or sound.

Tone is shown or heard in how something is being said. It is more like an attitude rather than being a voice pattern. It is somebody’s general sound may he sound happy, upset, excited, angry or ecstatic among other moods. Thus, tone is part of pragmatic communication. This means that emotion has a great deal of influence to one’s tone. By using different tones, the words in a sentence can have other meanings aside from the real original meaning of those words.

Going back to intonation, when a person asks a question, the intonation is usually high at the end of the question to mark the asking of that question. In giving statements (the opposite of asking questions), one is prompted to say a positive statement using a higher intonation like in how you congratulate or commend someone for a job well done. For negative sentences that bear messages that are not so good to the receiver, the intonation used by the speaker is usually low or falling. This can best be exemplified when somebody gives you his or her condolences for a relative of yours who recently died.

With regard to languages, a country’s native language is described as tonal if it makes use of fixed pitches to differentiate words. Examples of tone languages are Japanese, Mandarin, Thai, Swedish and Cantonese. On the contrary, the majority of the rest of the world’s languages are classified as intonation languages that use pitch semantically like English, German, Spanish, and French among others.

In summary, intonation and tone are two kinds of pitch variations. The differences in tone and intonation make each world language unique to the point that the original meaning of a sentence can be changed by the mere shifting of tone or intonation. Nevertheless, both differ in the following aspects.

1. Tone is the attitude or how somebody sounds whereas intonation is the rise and fall of voice, sound or tone.

2. In languages, tone languages make use of fixed pitch targets for differentiating each word unlike intonation languages that use pitch semantically like the use of the right word stress to convey a question.