Difference Between Water and Oil 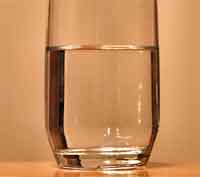 Differentiating oil and water is quite easy. Both substances can be discerned by comparing their physical and chemical properties, as well as, their uses. Continue to read to learn more about them.

Water is simple to characterize. It is made of two Hydrogen atoms and one Oxygen atom, bonded altogether. It covers more than 70 percent of the total surface of the planet. It undergoes a constant process of evaporation and precipitation, among others, as part of its unique water cycle.

Water, in its most natural form, does not hold any odor and taste. Its color seems to be a little blue, although most people would come to a consensus that it is a colorless substance. Being somewhat colorless, water is also a transparent medium. Water, in itself, is also a polar molecule. Its Hydrogen and Oxygen molecules carry some electrical charges of varying strengths. This polarity gives water some of its familiar physical characteristics, such as its increased surface tension. It can be of three states, namely: Solid, liquid and gas (as water vapor). Regular water, as what many have come to know, is in its liquid state. In addition, water is also regarded as the universal solvent. It can easily dissolve many kinds of substances, like sugars and most salts.

In terms of its uses for the day to day living of humans, it is practically essential to the point of considering its absence as absolutely detrimental to human survival. It is primarily used for drinking, hygiene and agriculture. Water is also the prime fighter against fires.

On the contrary, oil is a very different substance to water. It is a non-polar substance that is highly viscous in nature. Unlike water, it possesses some form of odor and taste, which depends on the type of oil being examined: Vegetable oil, motor oil, cooking oils, body oils and other naturally occurring oils for example. It is also a hydrophobic substance. This means that it does not like water ‘“ these two substances won’t mix.

With regard to the uses of oil, there are many. It can be used as a primary form of fuel to run most motor vehicles of today after it has undergone various oil processing methods. Because of its higher boiling point, it can also be used to aid the generation of electricity. Moreover, oils are often used for painting and lubrication.

1. Water is practically odorless and tasteless, unlike oils.

2. Water is a polar substance, whereas oil is non-polar.

3. Water is a more popular solvent compared to oil.