Difference Between DNA and Chromosome 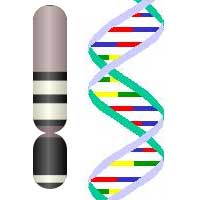 Both DNA and chromosomes lie behind our basic understanding of the human body. However, there are subtle differences between the two that determine their actions to a significant extent.

So, what do you understand by DNA anyway? DNA can be described as a long fiber that resembles a hair under a powerful microscope. The only difference is that they are much thinner and longer. The whole structure is made of two strands that are intertwined together. When cells get ready to divide, proteins attach themselves to the DNA and leads to the creation of a chromosome.

The DNA in a human body is organized into many stretches of genes. Proteins attach themselves to these stretches and coil them so that they form chromosomes. These stretches are very important in the formation of an organism. Do you know why?

The main difference between DNA and chromosome is regarding the role of genes. DNA stands for deoxyribonucleic acid. The DNA is basically made up of cytosine, adenine, thymine and guanine. When you arrange these four bases to create a particular segment, it is called a gene. When these segments are coiled in a form that can be easily duplicated, they are known as chromosomes.

Confused? Try to remember it like this- a gene is composed of tiny chromosomes, each of which determines a particular characteristic in a human. These chromosomes are further divided into pieces of DNA. Chromosomes are basically pieces of DNA. If we looked at a chromosome as an intertwined necklace, the beads on it would be the different DNA. The pattern that is formed by this intertwining of the strands is called a double helix pattern.

All of these are basic building blocks of the body. DNA is the smallest part that, together with proteins, forms a chromosome. A chromosome is therefore, nothing but a chain of DNA that has been made compact enough to fit into a cell.